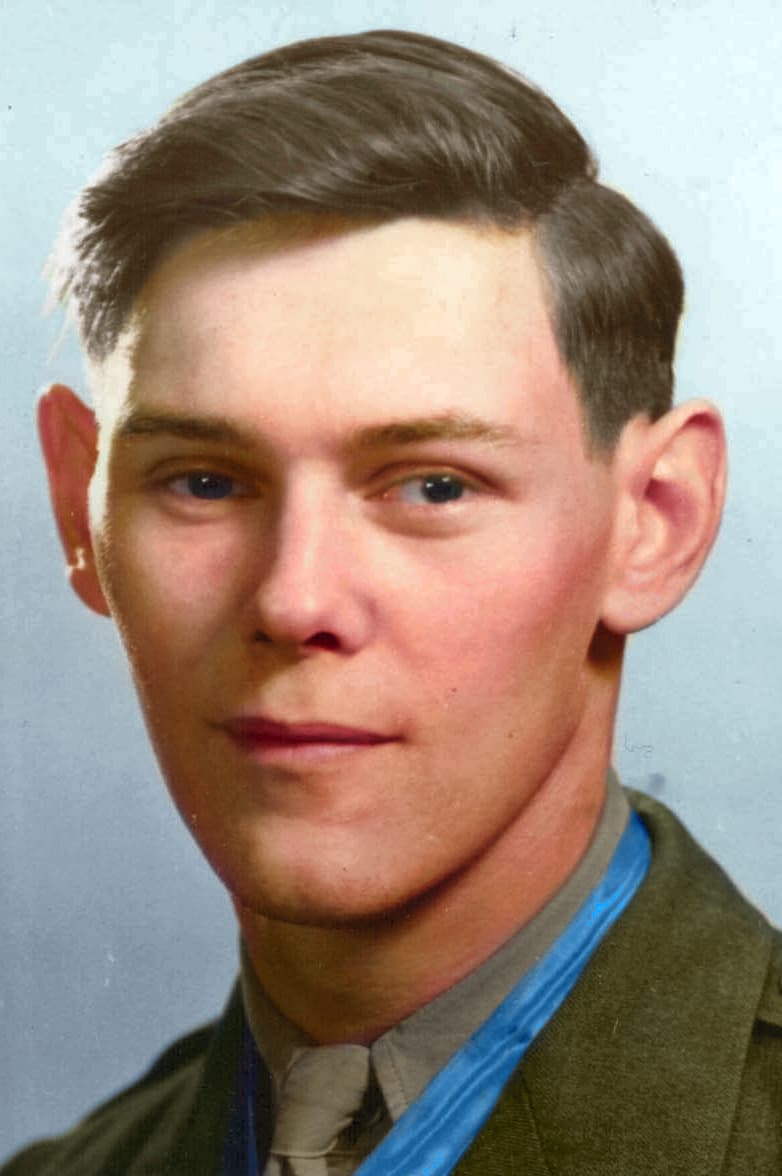 The President of the United States of America, in the name of Congress, takes pleasure in presenting the Medal of Honor to TSGT Forrest Lee “Woody” Vosler, United States Army Air Forces, for conspicuous gallantry in action against the enemy above and beyond the call of duty while serving as a radio operator-air gunner on a heavy bombardment aircraft of the 358th Bombardment Squadron, 303rd Bombardment Group (H), EIGHTH Air Force in a mission over Bremen, Germany, on December 20, 1943.

After bombing the target, the aircraft in which TSGT Vosler was serving was severely damaged by anti-aircraft fire, forced out of formation, and immediately subjected to repeated vicious attacks by enemy fighters. Early in the engagement a 20mm cannon shell exploded in the radio compartment, painfully wounding TSGT Vosler in the legs and thighs. At about the same time a direct hit on the tail of the ship seriously wounded the tail gunner and rendered the tail guns inoperative. Realizing the great need for firepower in protecting the vulnerable tail of the ship, TSGT Vosler, with grim determination, kept up a steady stream of deadly fire. Shortly thereafter another 20mm enemy shell exploded, wounding TSGT Vosler in the chest and about the face. Pieces of metal lodged in both eyes, impairing his vision to such an extent that he could only distinguish blurred shapes. Displaying remarkable tenacity and courage, he kept firing his guns and declined to take first-aid treatment. The radio equipment had been rendered inoperative during the battle, and when the pilot announced that he would have to ditch, although unable to see and working entirely by touch, TSGT Vosler finally got the set operating and sent out distress signals despite several lapses into unconsciousness. When the ship ditched, TSGT Vosler managed to get out on the wing by himself and hold the wounded tail gunner from slipping off until the other crew members could help them into the dinghy. TSGT Vosler’s actions on this occasion were an inspiration to all serving with him. The extraordinary courage, coolness, and skill he displayed in the face of great odds, when handicapped by injuries that would have incapacitated the average crew member, were outstanding.