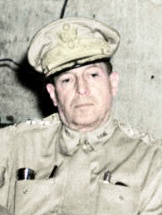 The President of the United States of America, in the name of Congress, takes pleasure in presenting the Medal of Honor to General of the Armies Douglas MacArthur (ASN: 0-57), United States Army, for conspicuous leadership in preparing the Philippine Islands to resist conquest, for gallantry and intrepidity above and beyond the call of duty in action against invading Japanese forces, and for the heroic conduct of defensive and offensive operations on the Bataan Peninsula.

General MacArthur mobilized, trained, and led an army which has received world acclaim for its gallant defense against a tremendous superiority of enemy forces in men and arms. His utter disregard of personal danger under heavy fire and aerial bombardment, his calm judgment in each crisis, inspired his troops, galvanized the spirit of resistance of the Filipino people, and confirmed the faith of the American people in their Armed Forces. 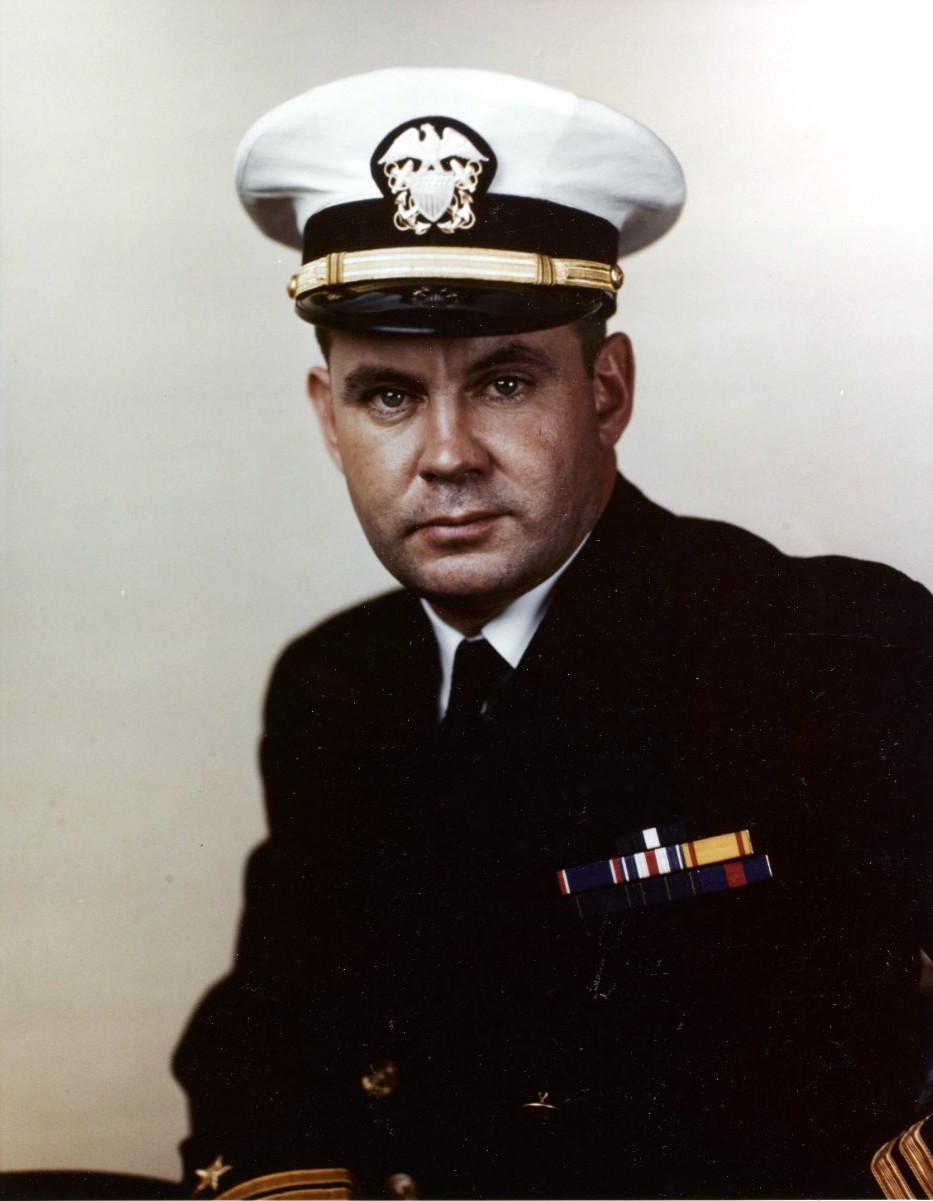 The President of the United States of America, in the name of Congress, takes pleasure in presenting the Medal of Honor to Lieutenant Commander John Duncan Bulkeley (NSN: 0-72460), United States Navy, for extraordinary heroism, distinguished service, and conspicuous gallantry above and beyond the call of duty as extraordinary heroism as Commanding Officer, Motor Torpedo Boat THIRTY-FOUR (PT-34), Motor Torpedo Boat Squadron THREE (MTB-3), in Philippine waters during the period 7 December 1941 to 10 April 1942.

The remarkable achievement of Lieutenant Commander Bulkeley’s command in damaging or destroying a notable number of Japanese enemy planes, surface combatant and merchant ships, and in dispersing landing parties and land-based enemy forces during the four months and eight days of operation without benefit of repairs, overhaul, or maintenance facilities for his squadron, is believed to be without precedent in this type of warfare. His dynamic forcefulness and daring in offensive action, his brilliantly planned and skillfully executed attacks, supplemented by a unique resourcefulness and ingenuity, characterize him as an outstanding leader of men and a gallant and intrepid seaman. These qualities coupled with a complete disregard for his own personal safety reflect great credit upon him and the Naval Service. 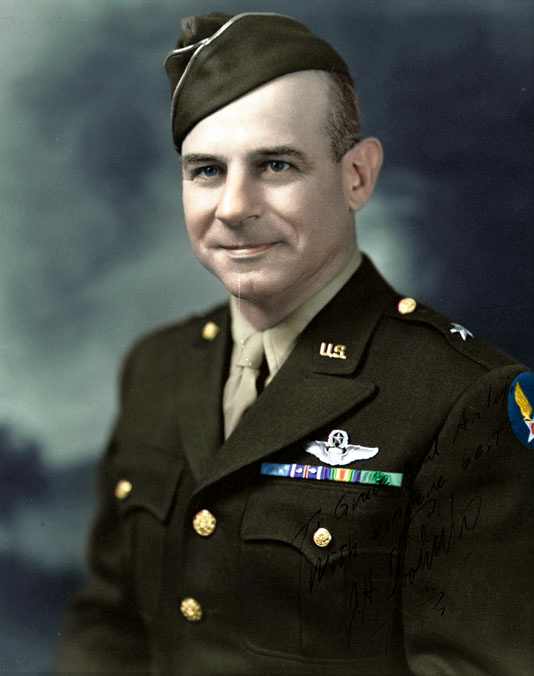 The President of the United States of America, in the name of Congress, takes pleasure in presenting the Medal of Honor to Brigadier General [then Lieutenant Colonel] James Harold Doolittle (ASN: 0-271855), United States Army Air Forces, for conspicuous leadership above the call of duty, involving personal valor and intrepidity at an extreme hazard to life while Commanding the First Special Aviation Project in a bombing raid of Tokyo, Japan, on 18 April 1942.

With the apparent certainty of being forced to land in enemy territory or to perish at sea, General Doolittle personally led a squadron of Army bombers, manned by volunteer crews, in a highly destructive raid on the Japanese mainland.