Japan needs resources for its seemingly endless war in China, but where to look for them? And who might have a problem with it? Meanwhile in the Soviet Union, Hitler’s forces have been diverted from the Moscow Road, and are on the move in the north and the south. Join us on Patreon: https://www.patreon.com/TimeGhostHistory Or…

‘Because both Andorra & Costa Rica were not present at the Treaty of Versailles, they were still technically at war with Germany. SPOILER WARNING: While Andorra will act as & be treated as a neutral country for the duration of the war, Costa Rica takes a more active role after Pearl Harbor by declaring war Italy & Japan.

]]The War of '41 was a conflict fought between Ecuador & Peru over which country owned the land between the Andes Mountains & the lower part of the Marañón River, a dispute the dated back to both nation’s independence. The war started on July 5, 1941 SPOILER WARNING: & fighting would continue until July 31 when a cease-fire was put in place. The Rio Protocol signed on January 29, 1942 gave the disputed territory to Peru, but the border would not be fully settled until 1998.

MY POLICY ON COUNTRY PLACEMENT If a country declares war on or attacks another country & at least one of them is already involved in World War II, I’ll list the other as a part of the opposing faction. That is why the events of the Winter War are included in the main World War II list & the events of the War of ‘41(Ecuador vs. Peru) will not be. The countries listed in the factions above are comprised of both official members & co-belligerents. The terms “Allies” & “Axis” are used for both kinds of belligerents as a convenient way to distill the world war & it’s adjoining conflicts, with disclaimers used to elaborate on some of the more complicated situations. If a country or resistance movement is at war with at least one country form both factions, I’ll add them to the 3rd Parties list with a disclaimer. The 3rd Parties list is not a faction, but a collection of warring parties who act independently of one another. Also, the many foreign volunteer units are not listed because they are fighting the war under the flag of a belligerent that is already involved. I have to consolidate factions along co-belligerency or else the number of factions will balloon out of control. Finally, each post only represents the factions as they were 79 years ago to the day. Many countries will join, leave, or switch sides before the war ends for various reasons & I strongly encourage you to look into the situation of each country for yourself.

From the Italian newspaper La Domenica del Corriere: an Italian MAS sinks a British steamer in the Mediterranean. 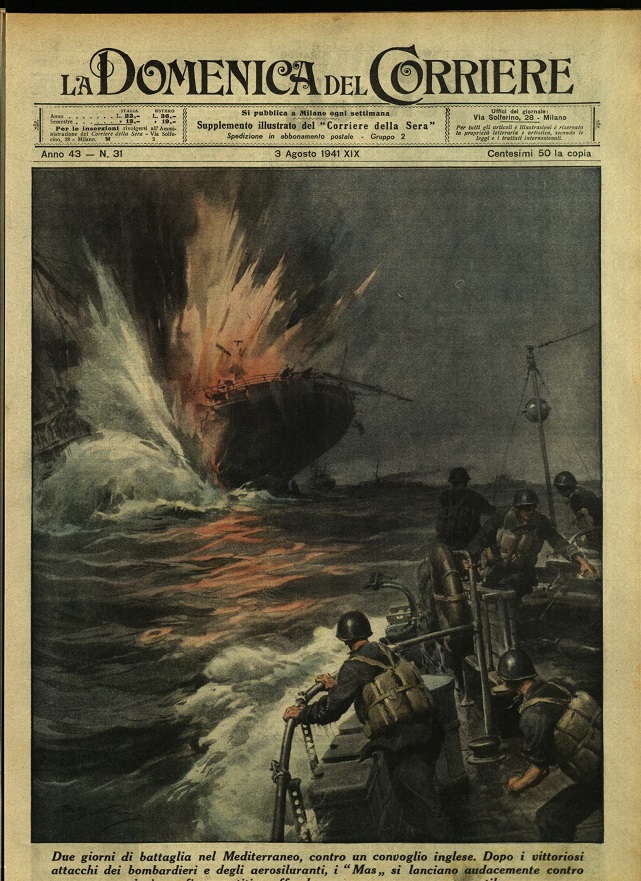 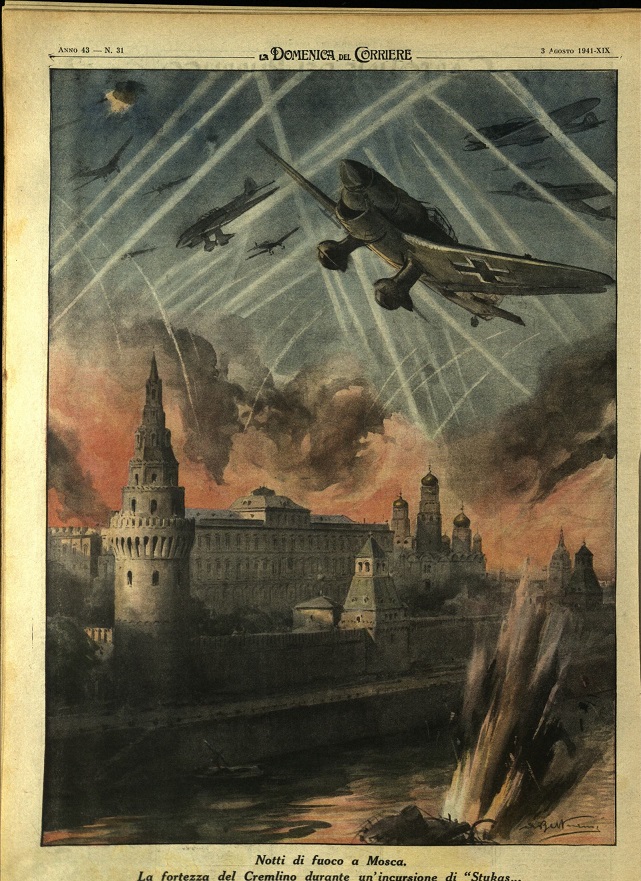