In Honour of Current Events

I know that our own coverage of D-Day is still quite far in the shows future, but in recognition of the 75th anniversary, I present another obscure Canadian anecdote. 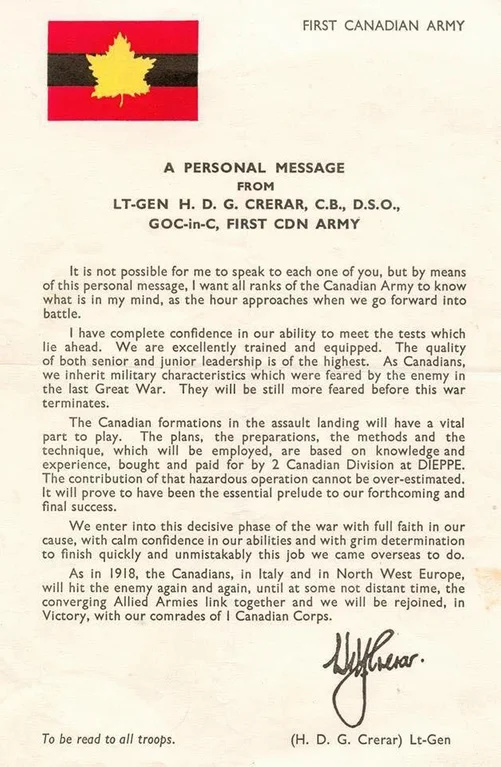 So, is this the Canadian version of Eisenhower’s speech?

I believe that Eisenhower’s speech was given to all of the Allied soldiers involved in the operation.

This letter was written by Henry Duncan Graham “Harry” Crerar, and disseminated to the soldiers of the First Canadian Army on the eve of the invasion. Crerar had been promoted in March 1944, and given command of the aforementioned force. The First Canadian Army was approximately 251,000 men strong, of which 75,000 were already fighting in Italy and had been since the Sicilian Campaign.

That is why he talks of “linking together” with the I Canadian Corps, they were still in Italy at the time.