Great presentation on a Mark 1 Spitfire in Duxford where it flew 81 years ago and still flies from. One of the veterans was saying that instead of flying it you became part of. Having taking a lesson in one I can relate, it is a fantastic plane to fly and very responsive.

I didn’t realize that the earliest models required manual gear raising which on more modern planes eg Magisteris only a backup option. 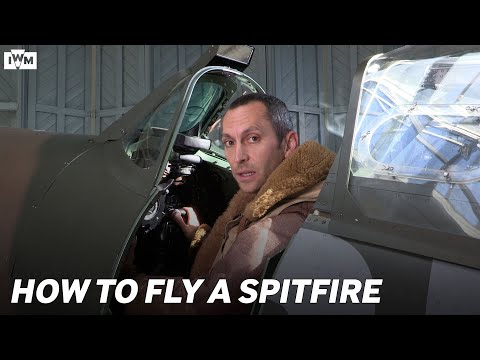 How does auto gear raising work? Do you go above a certain height and it automatically retreats? Or do you press a button?

Landing gear lever a bit sticky was it, sir?

As a matter of fact it was.

Well I wouldn’t go telling the CO that, sir, not if I was you.

with autogear raising I mean a handle you flip and it does it yourself. I do think the autolowering of gear only happens during autoland (some really expensive planes like the visionjet have this).

The video explains the manual stick you have to move up and down to raise or lower the landing gear.