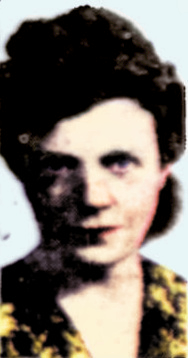 I feel awkward in saying this, for no one needs and enjoys Christmas cards more than I. Indeed, they furnished me untold comfort this year during the grueling days before Christmas.

But it does seem to me that this year might have been a good time to desist from this peacetime indulgence. As I watched the burdened postmen stagger under their loads of mail, nine-tenths of which was made up of Christmas cards; and as I stood in line at the post office vainly trying to post a package which was one of millions that was to be delayed getting to our Armed Forces, and waited for people to get off their hundreds of local greeting cards, I found myself questioning the value and appropriateness of this pleasant convention in wartime.

It takes all kinds of packages to make a war Christmas… The one which gave me my most difficult moment was one containing all the books which I had been sending to a certain Army air base… and now returned.

A glance revealed that many had not been read through, a few not even opened… I remembered a line of a letter:

No time, anymore, to read. Living is becoming pretty basic…

These books, I leaf through them. Tokens of a life discarded, for millions of sensitive hungry-minded men, tokens of a dream-like life which must now seem to have been lived on some far ancient star. Yet a life which gave them an added equipment, an inner equipment, not to be discarded, no, not even on a raft…

And now the year totals are being drawn up. The great summation is being set down. 1942 is over at last. And the record is there before you.

And as I look at it, it seems to me that the thing that stands out is the great heap. There on the side, the great heap of things discarded, of things that have lost their value. One by one, they have dropped out of our lives. They do not matter any longer. They have become trash and clutter – Junk.

Speed and recklessness on the highways, and the ugly screech of tires. Waste and overflowing garbage cans, and aimless overburdened housekeeping, with its restless change of decorations and curtains and maids… Parties and prizes and footless teas, and trying on clothes and shoes…

And silly “meetings” and aimless discussions… New uses for leisure… Can we remain neutral?.. Shall we boycott silk from Japan?

Out the window with them all.

War is hell. But even hell can heat a crucible.

Hard and horrible as it was, 1942 has given back to us an old almost-forgotten word which I hope we will use more and more to replace the overworked word Democracy.

The word is Republic.