I DARE SAY —
How Green Was My Valley 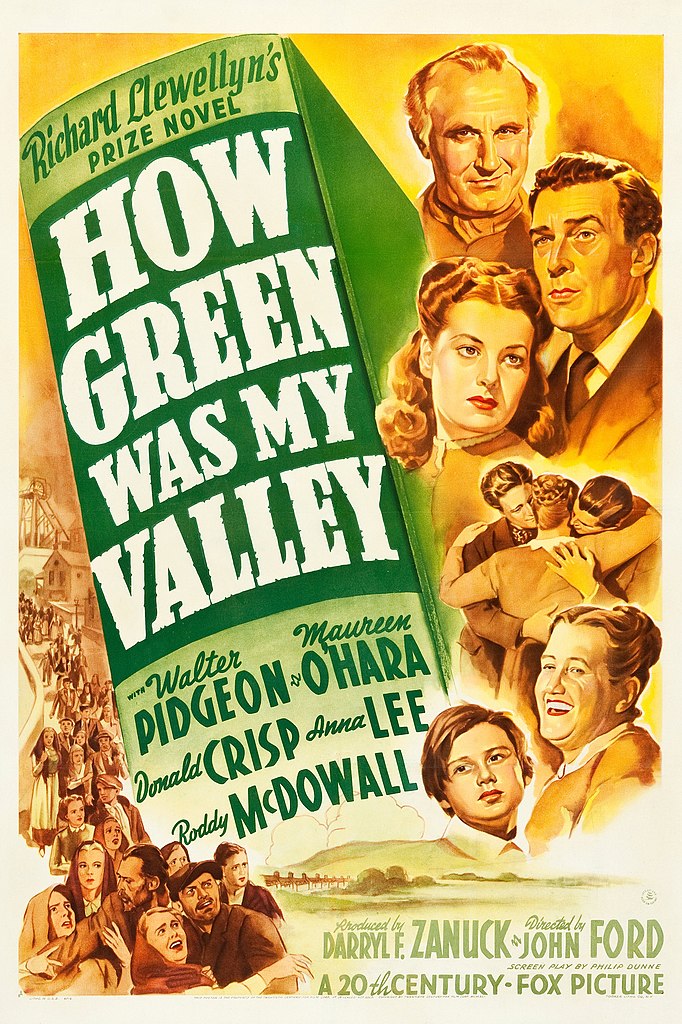 New York –
Is it, I wonder, that we are incorrigible innocents at heart, in spite of tanks and guns and planes and ships, in spite of hate and vengeance, in spite of strength and valor?

If not, then pray why is it that, the world being what it is, our fondest love goes to Dumbo, the little elephant with the winged ears, and our hearts melt at How Green Was My Valley? And that, of all the great stars and opulent shows now on Broadway, the queues of waiting fans around Radio Music Hall, where Mickey Rooney is to be seen, are the longest and most patient. They stood, five thousand strong, for five hours on the opening day of Mickey’s newest picture. It was a shivery day, too. And wherever Dumbo was showing, happy children were being bundled into the theaters by still happier, still younger parents.

And as for How Green Was My Valley – seamy, scarred men and worn, bitter women sat in the dark hush of the theater weeping gently, their hearts tender again, and came out into the light of day with sweetness in their eyes and smiles on their lips, from remembering…

Oh I dare say this same phenomenon is occurring all over the land, wherever Dumbo is showing, wherever How Green Was My Valley is on the marquee. But it seems to me that in Manhattan, it shows up more… unashamed. People cry more openly here, care more candidly, than elsewhere.

How Green Was My Valley! What a lovely title in itself! At any time it would evoke one’s purest memories; but now, with the world torn and terrible, it strikes at the heart like a church bell tolling a lovely old hymn.

What makes this picture one of the most beautiful experiences? I think it is its complete identification with our own childhood. Little Huw becomes each one of us as we were once upon a time. As he remembers his own Green Valley, as he moves about in its lovely remembered aura, it becomes one with our own remembered past. We are caught up in the same trance of memory… The little Welsh mining town becomes the symbol of our own little town or village, its people become the remembered beloveds of our own childhood, haloed and faintly otherworld.

Huw’s mother is our own mother incarnate; his father our father, strict and righteous; his brothers and sisters our own. They move about in the slow, measured pace of a dream… and their silhouettes are framed in sight, like the old Bible pictures in our Sunday school lesson… and their voices are like the echo of music from afar…

I was glad that John Ford got the award for the finest motion picture direction of the year. No picture came near approaching, on poetic reflection, How Green Was My Valley. Not only was it an artistic triumph, it was an AUDIENCE triumph, which is the true test.

What value an artsy success like Citizen Kane, if it left cold the people for whom it was presumably made? It seemed to me that Orson Welles’ picture, however provocative its challenge may have been to the Hollywood producers and directors, was a poor choice for the greatest award that can be given a motion picture.

No originality can take the place of human appeal. Moreover, if a work of art, however creative, fails to attract the people, it lacks a prime essential. Any creative work, in any field of art, remains inanimate until the breath of life is breathed into it by THE PEOPLE. They, and they alone can make it live.

The people loved Snow White; they love Dumbo. Then love for these creatures of Disney gave his genius authenticity, made it real and alive. Not until Orson Welles trusts the PEOPLE more than himself, will he create a genuine masterpiece. Citizen Kane is but a decoy which lured an empty prize.

The people are strangely dependable when it comes to true appraisal. The people liked Sergeant York, How Green Was My Valley, Dumbo; call them art, but it was not their art that made them clear. It was their human appeal.

I wish Suspicion had shown in Pittsburgh before the prizes for the year were given for then our Pittsburgh audiences would know how inevitable the choice of Joan Fontaine was as the actress who gave the best screen performance be long denied this magnificent picture. Suspicion is the best exhibition of suspense craft that I have seen in the movies.

Alfred Hitchcock for the first time was given the TOOLS to work with. Heretofore, he had had to work under the restrictions of budgets and compromises. At last free to demonstrate his genius unhampered, he created an almost flawless masterpiece in suspense, economy of dialog, photography and story-value.

And incidentally he breathed life and beauty into the pastel talents of Joan Fontaine. I think you will agree with me that in Suspicion, this young actress enacts the most touching love scenes and the most poignant agony of suspense ever seen on the screen.

And yet, mindful of the artistic beauties of all these other pictures and performances, I must admit that my own movie choice of the year, in story, treatment, star and general HUMAN INTEREST, is unequivocally SERGEANT YORK!

What a movie! What a man!