How easy to use enemy ammunition?

Could it be that real life is more complicated than video games which easily swap ammo and fuel stores?

There is a certain amount of truth as with any story and there are several videos out there that both prove and disprove that one armies weapon could fire another’s bullet. With that being said unlike today’s modern militaries where allies use standardized ammunition that is interchangeable throughout in WW2 this was not the case as most nations produced their own weapons to their own standards and it was much more difficult to use another nations ammunition in their weapon as if it was too tight or too loose you would either jam the weapon or damage the weapon.

It was much more common to pick up weapons off the ground and use the associated ammo that came with it if your weapon became damaged or ran out of ammo.

Finnish inventory was rather notorious for that - JAEGER PLATOON: FINNISH ARMY 1918 - 1945 WEBSITE

Issue with wrong sized ammunition (even when it fits) is that it tends to limit accuracy as well as range as it is not as good fit into the breach and the barrel as what the actual intended ammunition would have been. Finns for example occasionally fired their own 81mm mortar ammunition from Soviet 82mm mortars.

The pre-war 6.5mm rifles would not have been able to use larger 303, 30-06 and 7.92mm ammunition used by Britain, the US and the Netherlands.
The 7.7mm could possibly use .303 and/or 7.92mm, but not 30-06 (just going by cartridge dimensions). It is unlikely if this was a design consideration. If you were thinking about using captured ammo, why not just adopt that cartridge?
The only example of design around enemy ammunition I am aware of is the British Sten, which was designed to use German MP40 magazines and ammunition. It was designed in the aftermath of Dunkirk with the possible German invasion in mind.
It was also designed so that it could be manufactured in backstreet workshops.
These characteristics made it an useful for resistance groups. Many were manufactured by resistance groups in occupied territories and even the Germans produced a slightly altered Sten as the MP3008 in 1945.

For one, there are conversations kits, not sure if used in WW2 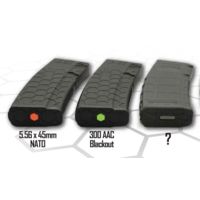 Another source is Battleground Prussia from Buttar which mentions small workshops retooling ammo and shells so the Germans could fire these in 1945. I don’t have the book on hand but it sounds near suicidal.

if this was really effective.