How did the Nazi's become so Racist and Angry?

We talk about what the Nazi’s did. However, there is no one born racist. Racism and Anger is taught. What we hardly ever talk about is how they became so racist and angry? We don’t spend nearly enough time on that question as we should.

After watching the series week by week for years I’ve gotten to the point where I don’t want anymore people to die. Including the Nazi’s and German High Command. The whole war was completely avoidable and it’s really just about Nazi’s being angry with the world. If society didn’t teach Nazi’s hatred and racism then no WWII.

We are also not paying attention to this lesson. In fact as I think about it every war fought after WWII has racism and anger components to it. Every time someone commits a hate crime they learn the same lesson that Hitler and all the other Nazi’s learned that it leads to an early death and being hated by history.

Racism and Anger is taught.

Often yes, but not always. I think it can be learned too. People coming to bad conclusions in a desperate attempt to rationalize failure being probably the most likely cause. Blame shifting: someone has to be at fault and it can’t be me, it can’t be us. Humans are so often foolish, irrational creatures.

Tribalism is so widespread on so many levels I think it has to be instinctual and natural to a lot of people.

Antisemitism has such deep roots that we shouldn’t be shocked the Nazis did what they did. It’s more surprising nobody else beat them to it. Maybe just the right combination of grievances and technology to air those grievances and aid them in doing terrible things.

What I think a lot of people really have trouble wrapping their heads around is that the Germans did it. Western Europeans. An “advanced” and “civilized” society. When the Japanese or the Turks or Africans commit genocide is very awful, but white people think themselves better than that. It’s much like Native Americans: what happened to them isn’t that remarkable in the history of imperialism all over the world. But Americans did that! We’re special snowflakes who created a unique and exceptional country.

Set aside all those notions of superiority and strip it down the grimy reality. See human nature for what it really is.

It is easier to blame others then to take responsibility of our own failure and actions.
The human mind is easy to manipulate , the brain likes to see patterns specially if there is already a bias.
Then when a group comes along with a narrative that fits with some thing that has happened to us we go along so fast.
When a group who have an agenda they want to sell to the people control the information that is fed to the people then a big part of the people will start to buy into this and it will grow
We also see it a lot now with the internet where people stay inside their own bubble and other making money of selling misinformation to them.
Just look at the people who started to damage cell towers because they do not understand the science but someone ( who also does not understand science) told them that the cell towers caused covid

The Nazi’s came to power angry (about Versailles - their initial pitch), which they blamed on socialist politicians, communists, and jews.

They initially found fertile (but not a majority) support. Racism was not ‘taught’, but it was endemic. It was just everywhere; alternative opinions just didn’t appear. (The Catholic Church tried unevenly, but not in any organized way to oppose anti-semitism, but certainly other religions, notably majority Lutheranism, colluded with the Nazis on anti-semitism.). People were just willing to believe in a jewish conspiracy against Germany - even against clear evidence that German jews had fought well and bravely in WWI for Germany. Hitler needed someone for everyone to hate. The jews were - for him and his evil plans - very handy.

Anti-semitism in Germany required ignoring certain things to willingly reinforce a general distain and then hatred. Hitler and his minions played directly into that. And it worked. When Hitler seized power, his actions were acquiesced to because of his message of German superiority, and hatred of the jews. Over and over you read in diaries things iike, “I don’t think the jews should all die, but they deserve whatever happens to them.”

If you put 10 people in a room, they won’t be united, until they pick one of their number to hate.

If people bathe in hatred, it’s just becomes normal. If they believe hatred of someone makes them special, they will embrace it.

They can, and they do in 2022. There are a lot societies in Europe working on this.

Well written, however it´s just the way, people always behave…
You don´t have to be Nazi to act like that, as someone said:
´´A human being is worse than any beast when he turn into a beast.´´

Coming from a country where pointless hatred caused the death and maiming of thousands, this take on our own native bigotry always makes me laugh: 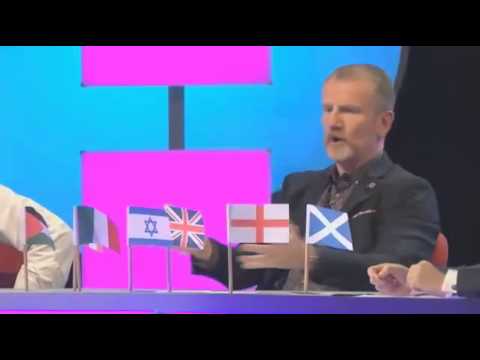