How did the allies (uk and france) miss germany's rearnament program in 1936?

Ok this is a question that predates WW2. Hitler starts the rearmament almost as soon as he becomes a dictator. During 1936, the Olympics were held in Berlin (so by now germany is kinda ready). Which also means that countries could spy on the war capabilities of the hoist country. So how did France and UK miss the fact that Germany was gearing up for war and they should also do the same?

Others can explain it better but a quick rundown is

Neither country missed the fact that Germany was Re-arming and rebuilding their military however due to the fact that Europe was still war weary as WW1 had only ended 18 years earlier and that the Treaty of Versailles hit Germany hard Politicians and many Military leaders chose to turn a Blind Eye to what was happening. Politics played a huge role in why nothing was done and everyone still wanted peace so instead of chastising Germany most political leaders chose to do nothing or make empty promises and Germany did their part by playing the political card game.

There is a lot more involved than what I posted above but this was a big part of the picture.

Don’t also discount that the Great Depression played a part in unwillingness to confront problems. France spent huge sums on the Maginot line to feel safe. Would have been great in 1910, not so much in 1936.

Also while the 1930s politicians are heavily criticised for taking military action there are a few other points.

1 The civil population didn’t want an expensive arms race as everyone was cash strapped.

2 But even more importantly the population was extremely traumatised by World War 1 and most of the really big memorials were completed in the 30s, e.g. Vimy or the big U.S. ones. It was a time of remembrance and flicks/books about the horror of wars.

3 any politician who wanted a big military and e.g. preventively invade Germany would simply be voted out of office.

Hence Ernst Borgnine ended up with depth charges which were as old as him. Maybe it gave him inspiration for McHales Navy. 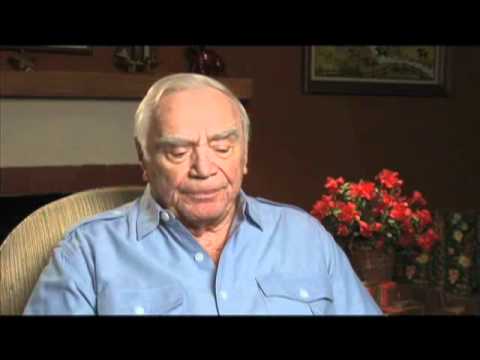 how did France and UK miss the fact that Germany was gearing up for war and they should also do the same?

France and the UK were fully aware of Germany’s re-armament programs – in general scope if not in specific detail – but remember that democracies generally don’t react quickly to distant threats, and any British or French politician knew in 1936 that pushing for re-armament was a very unpopular position (ask Winston Churchill, f’r instance), so even if they individually thought Germany was going to be a danger, there was little they could do within the existing political framework to address it.

In 1936, the Popular Front was running the French government and they were (mostly) philosophically anti-war. From that point until the war broke out, French governments generally were pro-appeasement and so military spending was not going to be a top priority.

I understood why he had a 1917 depth charge as most of them were given to the UK.

Oh… but I don’t get why democracies generally don’t react quickly to distant threats? Is because they have to get a majority for a particular law and then they react losing the window of opportunity?

Again it all boils down to one thing politics.

Politicians will only react if there is a credible threat against their country or if they have an agreement with another country to provide support.

Other than that often all that will happen is a bunch of chest thumping and empty threats and promises because reacting pre-emptively can cause international condemnation, be unpopular with your countries citizens and lead to loss of an election or forced to resign.

This is very true now as it was back then politics can cause a whole range of issues which is why most democracies don’t react until certain conditions are met.

I don’t get why democracies generally don’t react quickly to distant threats? Is because they have to get a majority for a particular law and then they react losing the window of opportunity?

It’s still quite true today, and has been one of the characteristics of democratic government since the heyday of Athenian democracy: they either fail to respond to threats or over-react to imagined threats. Fans of the man on the white horse often point to these failings as proving that their preferred method of government is superior.

I would theorize this is why governments are tending towards more control today. People get distracted by their own lives and let the government take care of it. The USA in desire for safety gave a largely blank check to our leaders after 9/11. They have been cashing it in since.

Democracies require educated citizens to do their part. Educated citizens don’t like going to war and need to be convinced. So yes that makes democracies slow to respond. The US in 1940 war arming itself and selling weapons but there was an active peace movement the worked to keep the US out of the war. Roosevelt did what he could but he was tied. The movement died fully on December 7th, 1941. The rest is history. It will always be a big what if has the Japanese only attacked Britain and the Dutch.

I think another reason is, that UK and France in the late twenties, recognized that the Versailles peace treaty was to harsh to Germany. A decade after WW1 the immediate war anger was gone, and it was tolerated that Germany could create an army of a more normal size. The horrific number of casulties and the cost was not forgotten, so that ended up in the “peace in our time” approach. This was this recognition that would lead to the opposite approach, the Marshall plan after WW2, the prelude to the EU and the rest is history.

It will always be a big what if has the Japanese only attacked Britain and the Dutch.

If you like that kind of alternative history speculation, the Australian historian Nigel Davies might be someone you’d enjoy following (https://rethinkinghistory.blogspot.com/). I vaguely recalled him writing a long post about exactly that topic, but on a quick look through his recent postings, perhaps I’m mis-remembering. Here’s a much older post talking about what might have happened if the US hadn’t actively entered the war.

I find his stuff interesting, although I don’t always agree with his conclusions.

I think another reason is, that UK and France in the late twenties, recognized that the Versailles peace treaty was to harsh to Germany. A decade after WW1 the immediate war anger was gone, and it was tolerated that Germany could create an army of a more normal size.

Welcome to the forum, Finn.

This is much more true of Britain than it was of France. The British, not being as directly menaced by German military strength, could take a more relaxed view of the possibility of Germany being allowed some limited re-armament. France, on the other hand, having had German armies occupying and plundering French territory from 1914 through 1918, were much less willing to allow any slack to the Germans (some of the harshness of the Versailles treaty was a direct result of unrelenting French hostility).

Nobody missed German rearmament. France had invested in the Maginot line and was extending it.
Both Britain and France had their own rearmament programmes; but on a smaller scale than Germany as they were not militarist states. Britain was well prepared on the civil side with convoys and rationing of petrol starting within weeks and food within months of the start of hostilities.
Britain had also prepared it’s industries to go on a war footing, including building shadow factories.
In 1940 Britain managed to out produce Germany in aircraft; and in tanks by 1941.
The myth of lack of preparation is probably more about covering up the tactical failures of the Battle of France than strategic planning.