As the Allied troops in Central Norway are evacuated and the Norwegian troops there surrender to the Germans, the Allied position around Narvik is still quite strong. With the addition of roughly 5000 Polish soldiers, the French, British and Norwegian force will prove to be a formidable foe for the Germans up North. This week…

This is it! Get your helmets and guns ready.

I have just the appropriate music for this:

Seriously though, the French and the Low Countries would never stand a chance.

Insurgencies in the Italian Empire’

‘SPOILER WARNING: The Insurgencies in the Italian Empire & the 2nd Sino-Japanese War remain unconnected to World War II until June 1940(When Italy declares war on the Allies) & September 1940 (When Japan invades French Indochina & joins the Tripartite Pact). After these points, I’ll roll them into World War II.

****The Kuomintang & Communist Parties have signed a truce to fight the Japanese as part of the Second United Front lead by Chiang Kai-shek, but coordination is minimal & both deeply mistrust the other.

*****The Ngolok rebellions were a brutal ethnic conflict fought in Qinghai/Amdo between Ngolok Tibetans & the Hui dominated Ma clique who were loyal to the Kuomintang government of China. Despite having a common enemy in the Kuomintang, the Ngolok Tibetans & Japan were only co-belligerents as they didn’t have a formal alliance & didn’t coordinate in military planning.

MY POLICY ON COUNTRY PLACEMENT: If a country declares war on or attacks another country & at least one of them is already involved in World War II, I’ll list the other as a part of the opposing faction. That is why the events of the Winter War are included in the main World War II list & the events of the War of ‘41(Ecuador vs. Peru) will not be. The countries listed in the factions above are comprised of both official members & co-belligerents. The terms “Allies” & “Axis” are used for both kinds of belligerents as a convenient way to distill the world war & it’s adjoining conflicts, with disclaimers used to elaborate on some of the more complicated situations. If a country or resistance movement is at war with at least one country form both factions, I’ll add them to the 3rd parties list with a disclaimer. I have to consolidate factions along co-belligerency or else the number of factions will balloon out of control. Finally, each post only represents the factions as they were 79 years ago to the day. Many countries will join, leave, or switch sides before the war ends for various reasons & I strongly encourage you to look into the situation of each country for yourself. 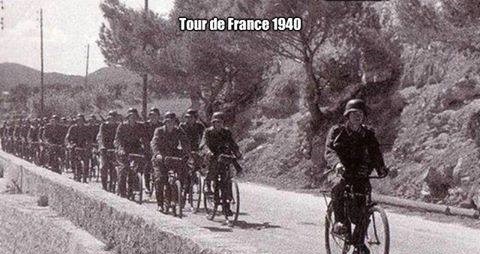