Hitler goes to Paris, while Stalin occupies more territory… but something is on Stalin’s mind. News of the sudden success of the Wehrmacht in the West is not what he had hoped for. Churchill also looks to the West for help while a German invasion of the British Isles seems imminent. Far East the Japanese… 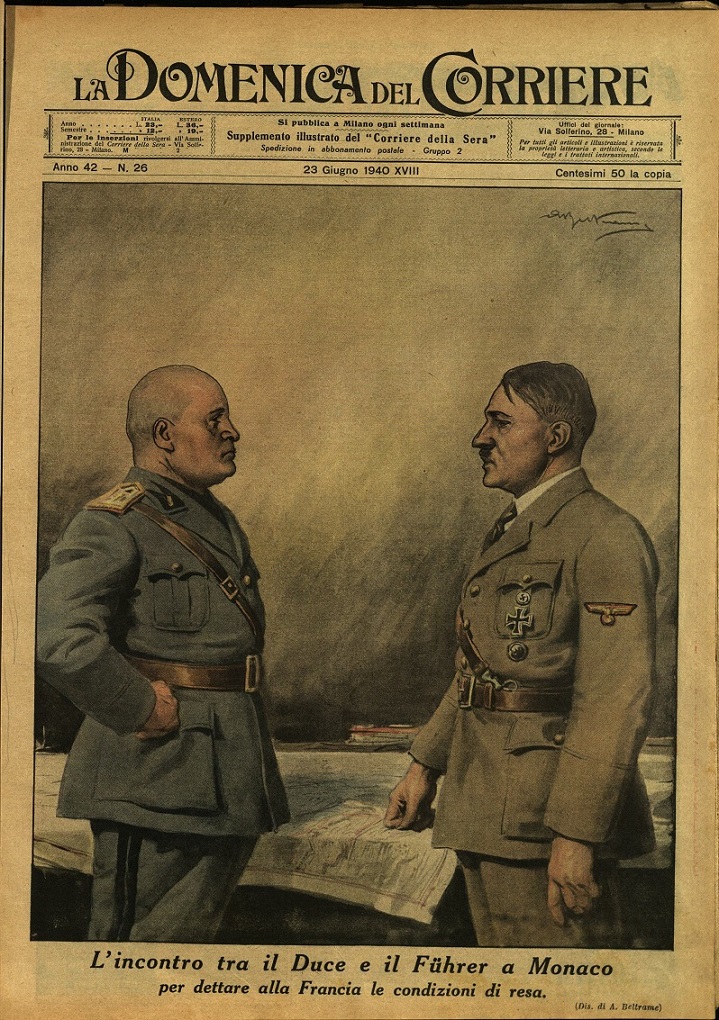 ^occupied with a government-in-exile & resistance movement.

*The official governments of the Baltic States reluctantly accepted the USSR’s ultimatums, resulting in their occupation & the installation of new Soviet friendly regimes. This led to the creation of irregular national resistance movements, though it would take time before they became formal organizations. As the Estonian & Latvian resistance forces are fighting the USSR—who is a co-belligerent of Germany at this time—they are listed with the Allies. Although the exact date that Polish & Lithuanian resistance forces began fighting each other for control of the land around Vilnius/Wilno is unknown, they do so throughout the war as well as fight Germany & the USSR. For this reason, I’m placing the Lithuanian resistance in the 3rd Parties list. SPOILER WARNING: After Operation Barbarossa, I will reassign them based on the new front between Germany & the USSR.

**Although the Icelandic government issued a formal protest, the British invasion was not contested because Iceland lacked a military to fight back with & so told its people to treat the occupiers as guests. Even to this day, the "Lovely War" is controversial. Many Icelanders view the Allied occupation very negatively for the loss of their country’s sovereignty & for foreign troops fraternizing with local women. Others point to economic & infrastructural benefits the happened during the war. SPOILER WARNING: Iceland’s occupation is transferred to the Neutral USA on July 7th, 1941. At that point, I will take Iceland off the overview until Pearl Harbor.

***I have the USSR on the Axis side because both Germany & them are currently at war with Poland(The Soviets invaded on September 17, 1939), divided Poland between themselves pre-invasion, are working together to end the Polish resistance, & are trading war materials. This is all detailed in the Molotov–Ribbentrop Pact, the German–Soviet Frontier Treaty, the German–Soviet Credit Agreement, & the German–Soviet Commercial Agreement. SPOILER WARNING: After Operation Barbarossa in June 1941, I will move them to the 3rd parties list(See my policy on country placement below) & then move them to the Allies after the signing of the Sikorski–Mayski agreement in July 1941 between the Polish government-in-exile & the USSR.

****In the 2nd week of April, both Germany & the United Kingdom invaded & occupied parts of Danish territory(Germany occupied Denmark proper & the United Kingdom occupied the Faroe Islands) to “guarantee their independence and neutrality.” Everyday life went on mostly as before with Local authorities in both areas cooperating with the occupiers. Hitler hoped that Denmark would be “a model protectorate” that would aide his larger goals. Despite this, the Danish national government resisted calls by Germany for legal discrimination against Jewish Danes, the death penalty, & German military courts to have jurisdiction over Danish citizens. The Danish colony of Greenland(being de facto independent at the time) asked the neutral USA to protect them from invasion by the warring powers. Throughout this time, Denmark remained officially neutral despite having Axis & Allied forces on its soil. SPOILER WARNING: On August 29, 1943, after refusing to submit to any further German demands, the Danish government was dissolved & the German military took direct control of the country. At that point, I’ll take Denmark off the 3rd parties list & replace the Danish resistance with Denmark(with an occupied disclaimer).

MY POLICY ON COUNTRY PLACEMENT: If a country declares war on or attacks another country & at least one of them is already involved in World War II, I’ll list the other as a part of the opposing faction. That is why the events of the Winter War are included in the main World War II list & the events of the War of ‘41(Ecuador vs. Peru) will not be. The countries listed in the factions above are comprised of both official members & co-belligerents. The terms “Allies” & “Axis” are used for both kinds of belligerents as a convenient way to distill the world war & it’s adjoining conflicts, with disclaimers used to elaborate on some of the more complicated situations. If a country or resistance movement is at war with at least one country form both factions, I’ll add them to the 3rd parties list with a disclaimer. The 3rd Parties list is not a faction, but a collection of warring parties who act independently of one another. I have to consolidate factions along co-belligerency or else the number of factions will balloon out of control. Finally, each post only represents the factions as they were 79 years ago to the day. Many countries will join, leave, or switch sides before the war ends for various reasons & I strongly encourage you to look into the situation of each country for yourself. 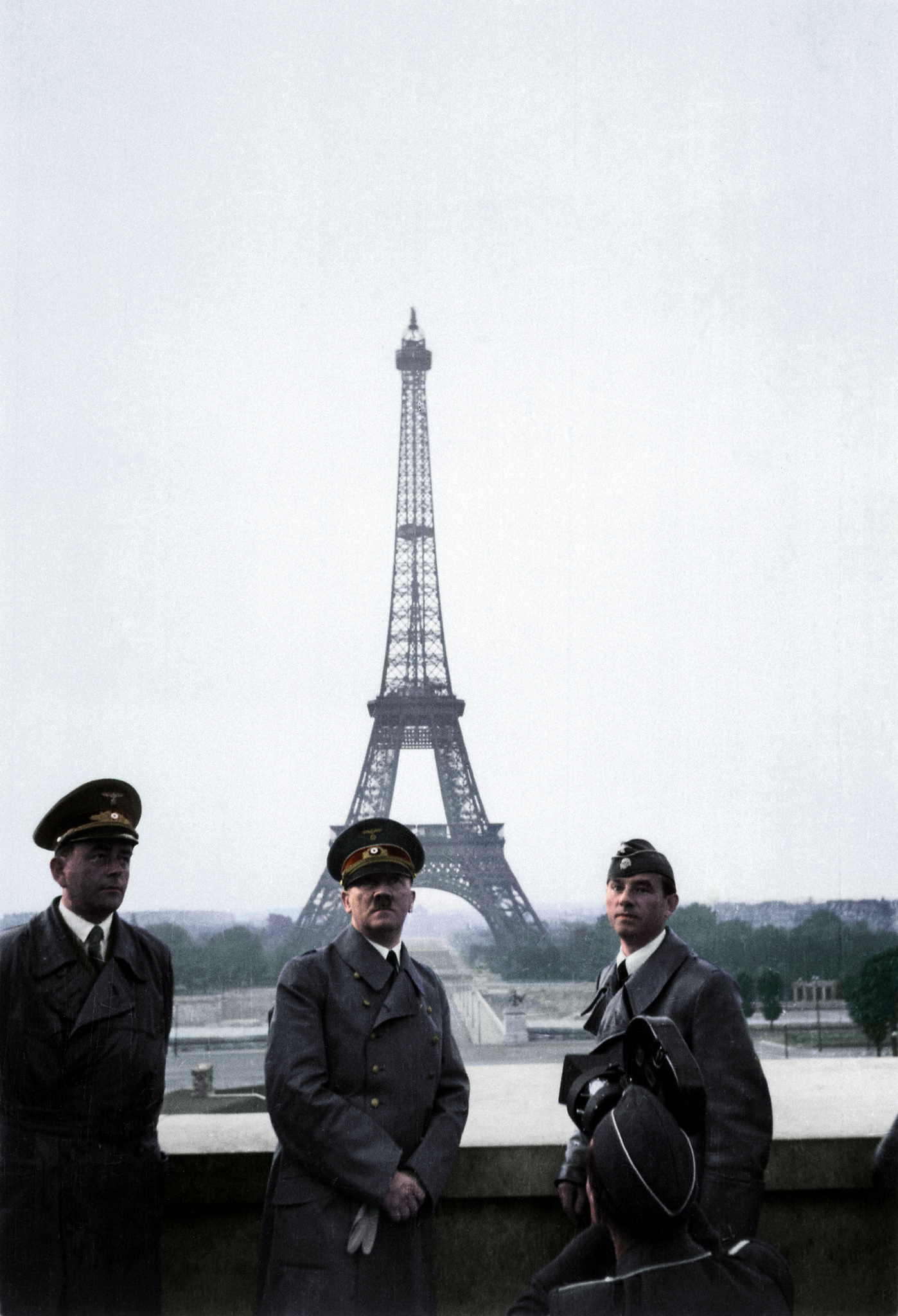 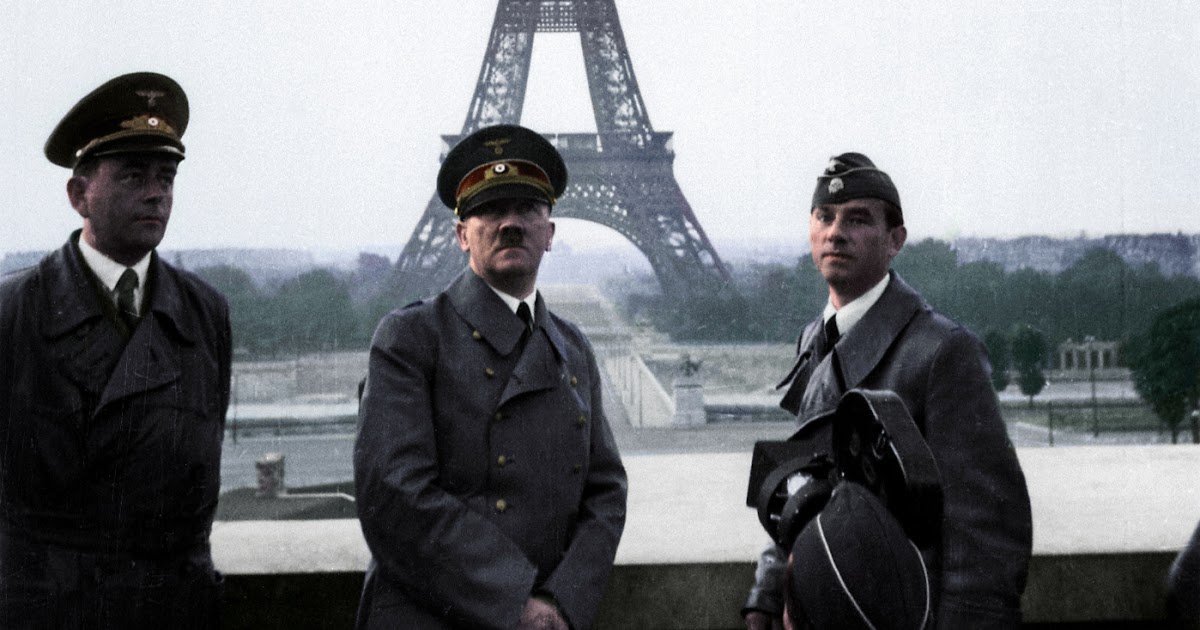 Follow Become a Patron! The photograph of Adolf Hitler, Albert Speer and Arno Breker at the Trocadéro overlooking the Eiffel Tower, Pa...