Hi, many say winter had a crucial role in operarion Barbarossa, because of this many say that The initial Arkanglesh Astrakhan line would have been reached if germany decided not to help italy and attack in april instead of june, do u think its correct?

Hi, many historian say winter had a very crucial role in operarion Barbarossa and made the AGC collapse, because of this many say that The initial Arkanglesh Astrakhan line would have been reached by wehrmacht if germany decided not to help italy in balkans and attack in april instead of june, do u think its correct ?

do u think its correct ?

No, because the Arkangelsh Astrakhan line was a nazi fantasy. Simply not possible. Please check maps, this line was completly not in reach of the German wehrmacht.

Thanks for answering ! The A-A line seems pretty too far indeed, I also dont think they wont have reached it.

well… the operation could not have begun earlier than the third week of June because of weather and military factors.

And Indy does mention the reason in the 95th regular episode quoting from John Keegan’s book The Second World War. I have put a link to it with the timestamp included in it below. 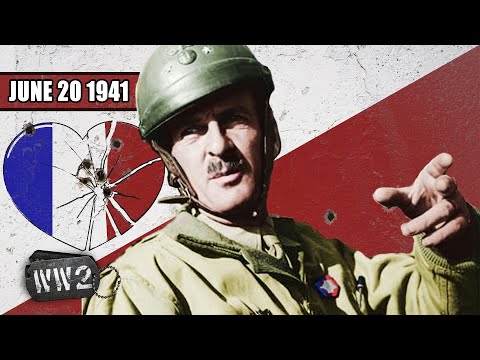 Arkhangelsk Astrakhan line was the original goal but as Barbarossa went on the Germans realised that it was not practical and drew another line (which I can’t remember what it was).

TLDR : Nope the line was too far out and hitler couldn’t start his invasion in April

Thank you very much bro for the answer ! The video responds exactly to my question !

The A-A line was just an idea, like Gerhard says.

While you might think that given an extra month of compaigning might have given the Germans a crack at a Leningrad-Moscow-Kiev-Rostov line by winter 1941. May was a muddy month in Western USSR, and that might have put more wear on German vehicles. By June, the roads were dusty but hard. In May that year, not so much. On the other hand, driving all them tanks through Yugoslavia and Greece certainly didn’t help keep the tanks in trim either.

But it certainly is one of those intriguing what-if’s. To throw more fuel on the fire, if the Germans hadn’t taken the Greeks out of play, Churchill’s “soft underbelly” fantasies might have actually come true.

Yes I saw a video talking abour the importance of crete for the allies, it was very strategical. so the weather was also not very good before june, I see more clearly now

Hi, many historian say winter had a very crucial role in operarion Barbarossa and made the AGC collapse

As for the Winter which Napoleon and Hitler blamed for their defeats: Gerhard Weinberg who is a major source has an interesting and funny debunk. Basically the Winter is there every year, so it is not the Winter that was the cause but not planning for it. France

are both 4 season countries so the Winter should not have come as a surprise. Historians such as Magenheimer blame the Winter and not the Generals.

Somehow the Wintermyth is very persistent.

When I was in Russia

. Although I’d rather have Hawaiian weather

First time I see it this way !

Indeed they just didn’t planned for it, I think they where just thinking this time the temperature will not gow below 0°C or a miracle like this

I think the Germans clung to that “house of cards” view for longer than they should have. They thought that the Russian Army would collapse (rather like the French had) after taking the massive losses early in the campaign, and the issue would be settled in a couple of months.

. Although I’d rather have Hawaiian weather

I’d rather have the opposite. I was born in the cold, molded by it!

I believe the Germans overconfidence and ignorance of winter that made winter a crucial factor, not so much winter itself… The Germans sorely underestimate the number of Russian divisions they would be facing and the tenacity of their defense of their country. On their own side the Germans thought they would beat the Russians in weeks, if not a few months. This was foolhardy at best. This ignorance of a realistic campaign made the Germans absent minded as to what their forces would need. I’ve brought up in posts before how the Germans failed to realize they would need an all-out war production economy for the 2nd World War. They also made foolish mistakes like not making sure to have adequate supplies of winter clothing for their troops as winter approached. Even if they had been realistic in their preparations, reaching the AA line I do not believe would have been accomplished. But the Germans certainly could have taken Leningrad and Moscow if their plans had been realistic and Hitler less paranoid. Fortunately those things were unavoidable for Nazi Germany.

Yes their paranoïa fortunately made the campaign a big Failure, Russian where also not prepared because of the great purge of the red army that took place in 1937-38 and where many exellent generals where killed by stalin, this could have made things easier for soviets in the first months of war but anyway Nazis where too ignorant and also had a feeling of superiority that caused them to be defeated.

Thanks for the answer !

First, a hopefully relevant aside to consider… Germany had already had its army reach Astrakhan in 1918 during Operation Faustschlag during WW1. Logistically and practically, it was therefore possible for that to occur. Britain at the time was also occupying Arkangelsk around the time that Faustschlag ended in March of 1918. If this could be achieved with WW1 technology, then it was reasonable, if optimistic, for the Germans to consider it achievable in WW2, but then Hitler’s Germany (for all its other flaws) was nothing if not optimistic.

It is very easy to say therefore that the late June (Summer) start was what halted the Germans early in Barbarossa. But this isn’t necessarily so.

There is the joke in Scandinavia which applies equally to Eastern Europe that you have 1st Winter, then 1st Mud, then 2nd Winter, then 2nd Mud, up to 7th or 8th Winter/Mud, before you really have Spring. The mud is referred to as the “Rasputitsa”, and just as it has played havoc with the Russian invasion of Ukraine in 2022, it would have played havoc with the Wehrmacht if they had launched Barbarossa early. By June the ground was dry and solid. Now while tanks can traverse mud, the crucial supply vehicles on which they rely could not, and a tank is only as useful as the rate at which its fuel supply can keep up with it. Poor logistics=no tanks. In the USSR at the time, there were few paved roads outside major population centers, and the captured Russian railways proved a headache for the Germans, as the Russians used lighter rails and fewer sleepers, and heavier German locomotives didn’t work on them, among other problems.

It is certain that the winter of late 1941 was especially brutal (-40 degrees Celsius would have most people barely able to breathe imo), it is also fair to say that the Spring of 1941 had been very muddy and wet, and it is likely that a Spring offensive would have been a slow motion mud-bath for the Wehrmacht.

It should also be pointed out that German Logistics projections for the Russian campaign showed that it would at best be operating on tiny margin due to the size of the German forces involved, and that Germany was going to run out of oil, and everything else unless it could succeed rapidly.

In short, Germany lost in Russia because their logistics were never going to keep up with demand, not because of forces diverted to Greece and that somehow held up Barbarossa. The Germans also failed to understand and accommodate the fact that the inadequate logistical infrastructure in Russia was going choke the Wehrmacht to death unless steps were taken.

Had Germany spent more time on building more and better all-terrain trucks rather than wasting their resources on super-heavy tanks the story might have been different, so let’s thank Hitler’s erectile disfunction for that.

Had Germany spent more time on building more and better all-terrain trucks rather than wasting their resources on super-heavy tanks the story might have been different, so let’s thank Hitler’s erectile disfunction for that.

Even if they had done everything right, they probably would have only gone a bit further then they ended up doing historically, but for all the reasons mentioned, it is highly doubtful they would ever win. The war would have been longer and more costly, but would have resulted in German defeat regardless, even if something absurd as the Ashtragan-Arkhangelsk line was reached.

How do you know Hitler had a Erectile disfunction?

Hi 1nt17cs152.ritvik,
I wrote that largely as a joke, but… My goodness there are a lot of books written about the psychosexual-history of AH. He is accused of being a self-hating homosexual, a victim of pedophilia who went on to become an abuser, and having some form of sexually transmitted disease, as well as being a practicing heterosexual, and a schizophrenic. I personally think the later diagnosis that he was a Borderline personality is more accurate. A specific example however is the 1943 OSS reports which suggests Hitler was an impotent coprophile who drove his niece Geli Raubal to suicide by forcing her to urinate and defecate on him. According to South Park, it’s a very German problem. There… You asked, so I told you… You can’t un-read it.

Hi tijmenwillard,
I think that the main problem is that the Germans didn’t finish what they started in the West. Had Germany managed to drive the UK out of the war and secure Middle Eastern oil, they probably could have won the war in the East. Also the Nazi policy of assuming their enemies in the east were sub-human was a big mistake. There are few things as consistently foolish as underestimating your enemies in a time of war. Now had Hitler viewed the populations of non-Russians as victimized people to be liberated from Communism instead of slaves, things might have turned out very differently.

I was joking too… You didn’t have to scar me for life.

A specific example however is the 1943 OSS reports which suggests Hitler was an impotent coprophile who drove his niece Geli Raubal to suicide by forcing her to urinate and defecate on him. 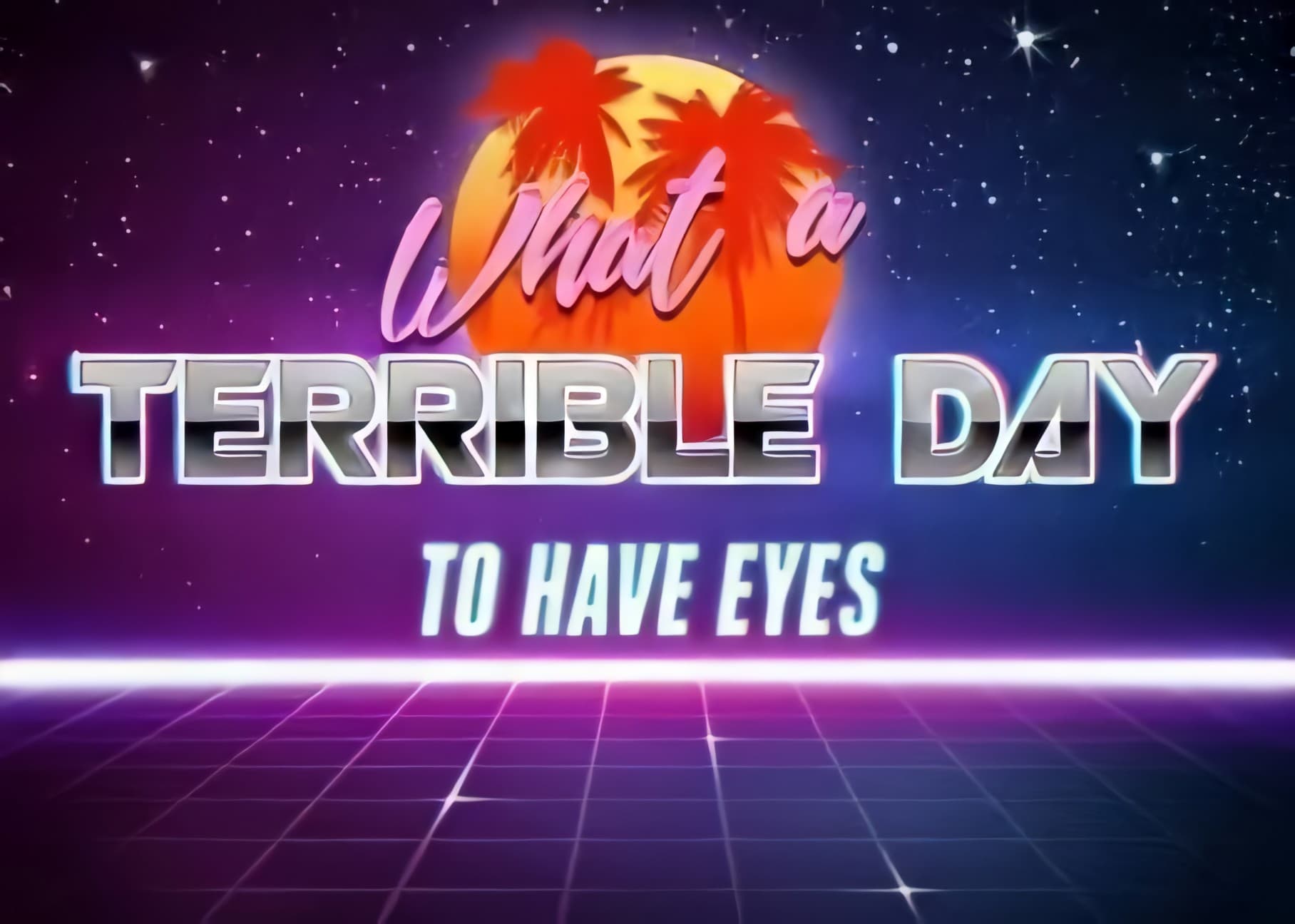 How do you know Hitler had a Erectile disfunction?

Well, he took some drugs as if he were (remember that when the war started, he was already 50 years old) - testosterone, for one, from Morell, along with other ‘remedies’ that involved bovine sources, if you catch my drift…