Germany keeps advancing on the eastern front, and yet by now, transport and supply problems are seriously undermining the capability of the German spearheads, even as they pull further away from the infantry. The Syria-Lebanon campaign is coming to an end, though, and an armistice is proposed which would give the Allies victory if accepted.…

!The War of '41 was a conflict fought between Ecuador & Peru over which country owned the land between the Andes Mountains & the lower part of the Marañón River, a dispute the dated back to both nation’s independence. The war started on July 5, 1941 SPOILER WARNING: & fighting would continue until July 31 when a cease-fire was put in place. The Rio Protocol signed on January 29, 1942 gave the disputed territory to Peru, but the border would not be fully settled until 1998.

‘Because both Andorra & Costa Rica were not present at the Treaty of Versailles, they were still technically at war with Germany. SPOILER WARNING: While Andorra will act as & be treated as a neutral country for the deration of the war, Costa Rica takes a more active role after Pearl Harbor by declaring war Italy & Japan.

<While many Chechens would serve in the Red Army during the war, the Provisional Popular Revolutionary Government of Chechnya-Ingushetia is currently engaged in a guerrilla war against the USSR for independence. Since I have the Soviets in the 3rd Parties list for reasons stated above & SPOILER WARNING: will soon join the Allies, I‘m placing Chechnya-Ingushetia with the Axis.

]]With the Molotov–Ribbentrop Pact over after Operation Barbarossa, the USSR is at war with both the Allied country of Poland & the European Axis powers. As such, I have placed them to the 3rd parties list(See my policy on country placement below) as well as their puppet state Tannu Tuva SPOILER WARNING: I will move both to the Allies after the signing of the Sikorski–Mayski agreement in July 1941 between the Polish government-in-exile & the USSR.

MY POLICY ON COUNTRY PLACEMENT
If a country declares war on or attacks another country & at least one of them is already involved in World War II, I’ll list the other as a part of the opposing faction. That is why the events of the Winter War are included in the main World War II list & the events of the War of ‘41(Ecuador vs. Peru) will not be. The countries listed in the factions above are comprised of both official members & co-belligerents. The terms “Allies” & “Axis” are used for both kinds of belligerents as a convenient way to distill the world war & it’s adjoining conflicts, with disclaimers used to elaborate on some of the more complicated situations. If a country or resistance movement is at war with at least one country form both factions, I’ll add them to the 3rd Parties list with a disclaimer. The 3rd Parties list is not a faction, but a collection of warring parties who act independently of one another. Also, the many foreign volunteer units are not listed because they are fighting the war under the flag of a belligerent that is already involved. I have to consolidate factions along co-belligerency or else the number of factions will balloon out of control. Finally, each post only represents the factions as they were 79 years ago to the day. Many countries will join, leave, or switch sides before the war ends for various reasons & I strongly encourage you to look into the situation of each country for yourself.

From the Italian newspaper La Domenica del Corriere: Italian troops still hold out at the Ethiopian city of Gondar. 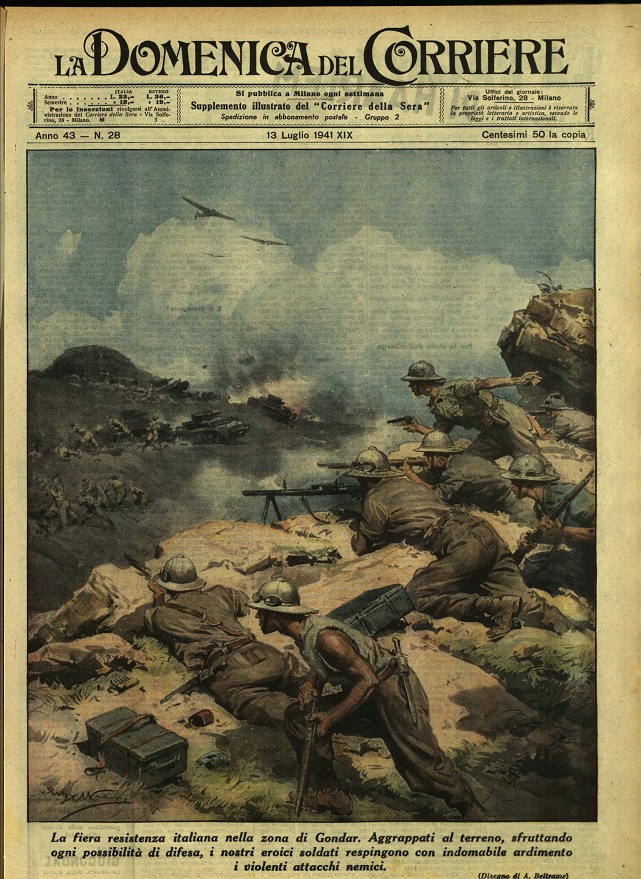 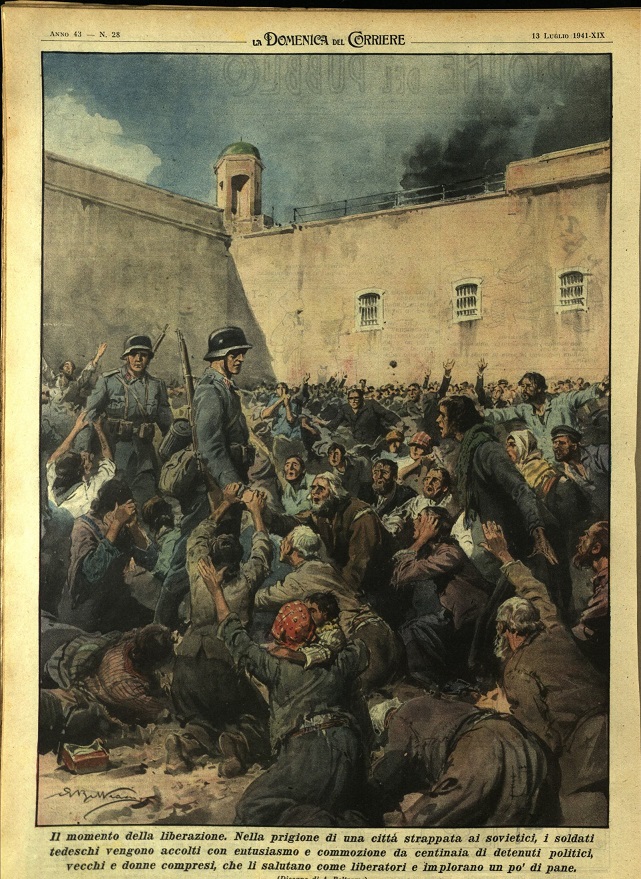 The war for the Nazi German nation was lost from the start in my opinion, just because if we look at modern warfare and the logical/practical barriers countries at war face, it would have near enough impossible for a resource hungry, racist, egotistical nation like the one which had rose in German in 1933 at the hands of Hitler and his facist party. Their goals was way too high even for todays standard, its like saying could the USA and the Russian Republic declared war on the world, there wouldn’t be an end. What I’m saying is, its not feasible nor practical for any if not all their plans to have worked and when they did it was due to bad communication and unaware nations on the allied side