Iron bottom sound between Savo Island, Tulagi and Guadalcanal is the worlds largest maritime gravesite. A place where must show your respect to the thousands of sailors from both sides that found their final resting place just there.

When I read Ballard book “the lost ships at Guadalcanal” I noticed a tradition of ships making S-turns as a salute to the dead. When I visited Guadalcanal in 2012 I also visited USS Sampson. I asked the XO if they performed the s-turns, but he informed me that they did not, because now a days they just followed the GPS.

But, a few days ago I stumpled across a picture of USS Sampson making s-turns of Savo Island on Dec 7, 2016. They have taken a nice arial photo from the right angle with Savo Island, so the must have relived the tradition.

I cant find any other information on this tradition. Can anyone share light on this. Who started it and so on? 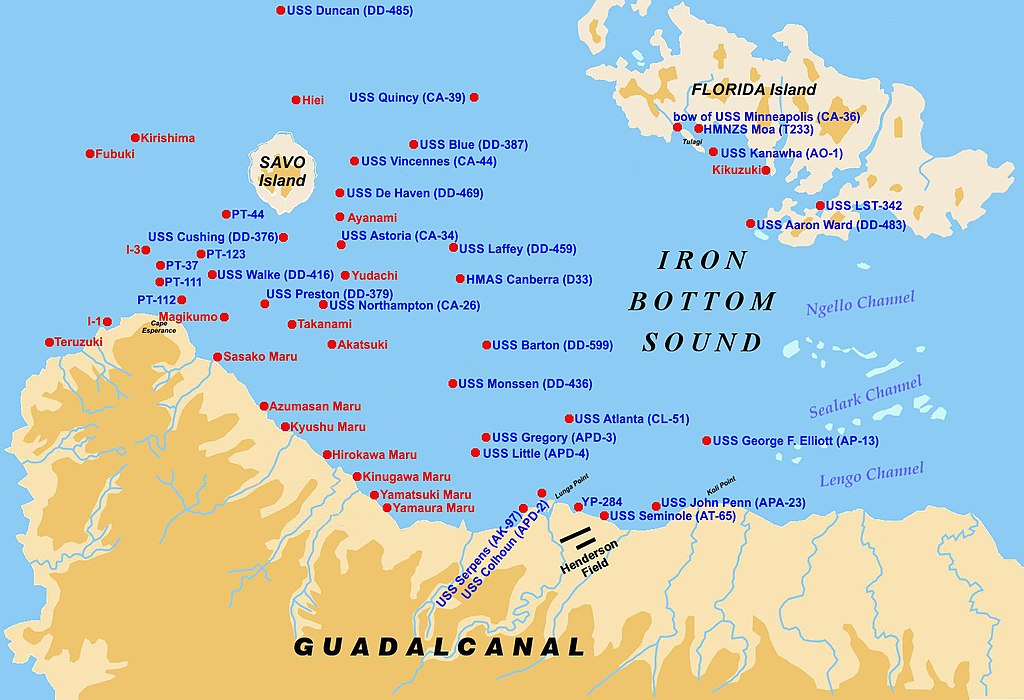 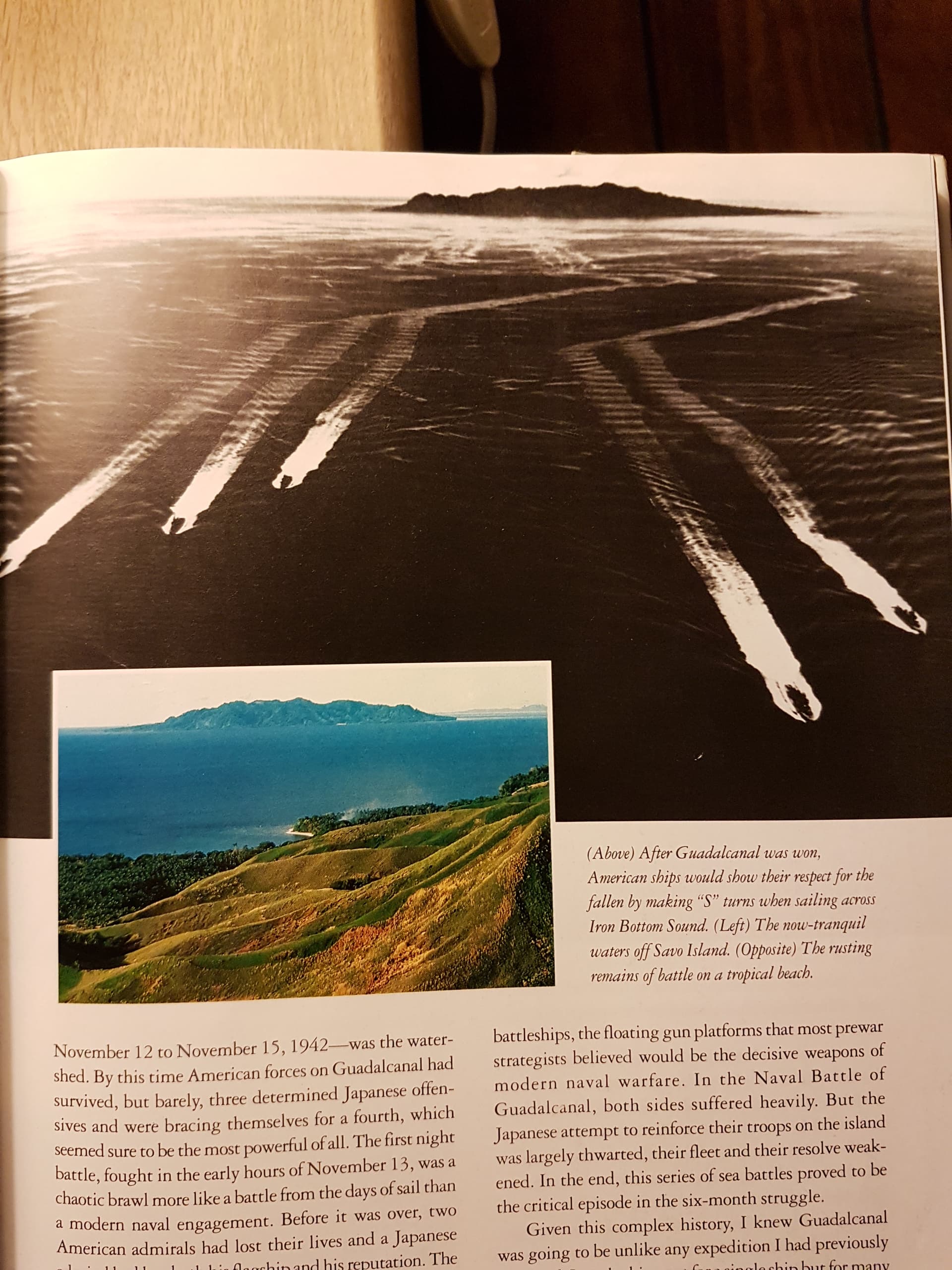 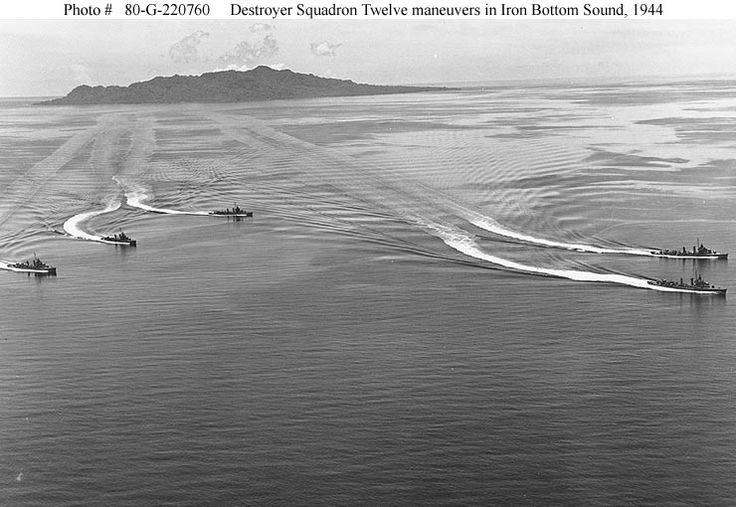 USS Destroyers making S-turns during in Iron Bottom Sound in WW2 - note the angle of the picture. 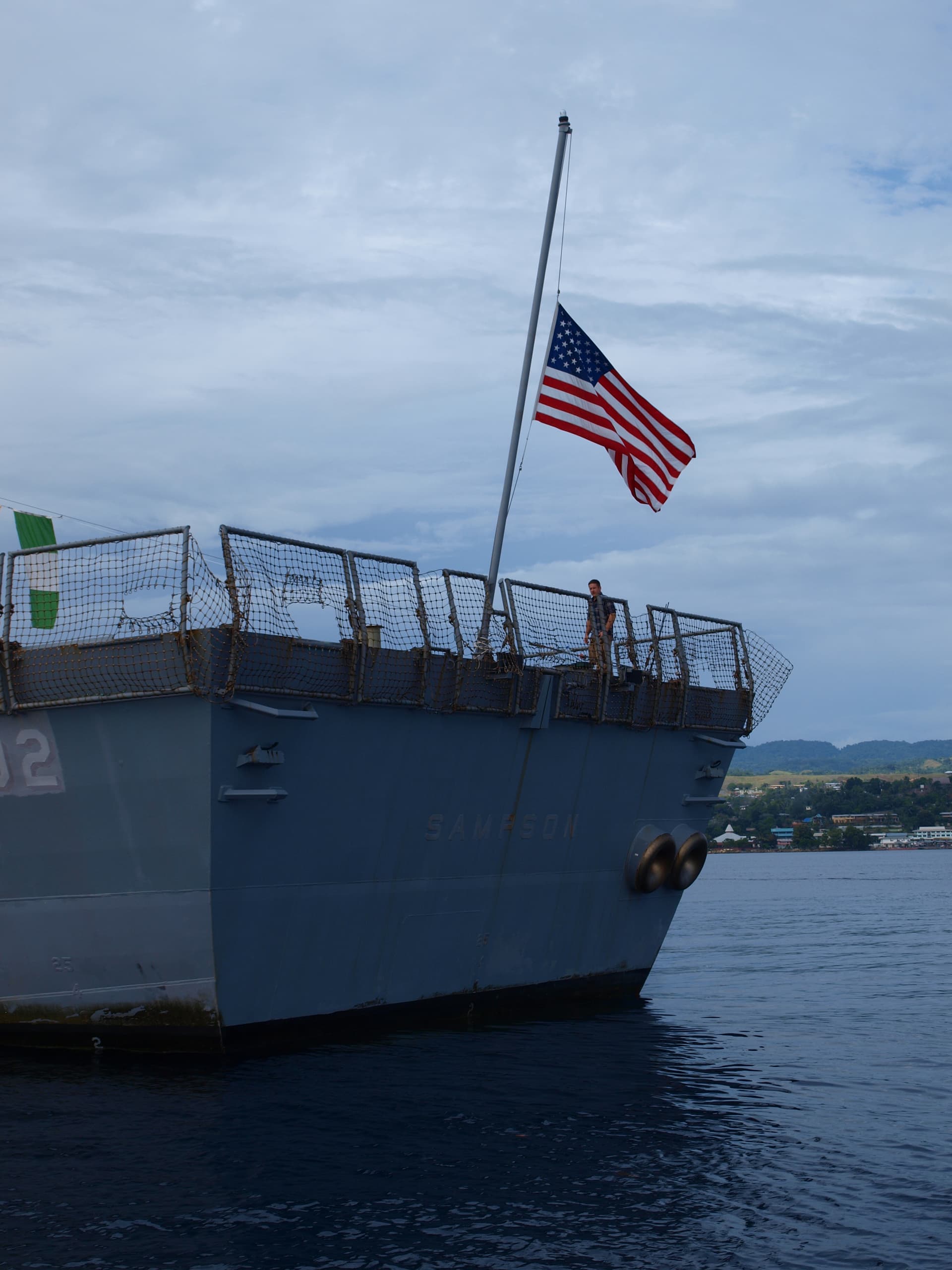 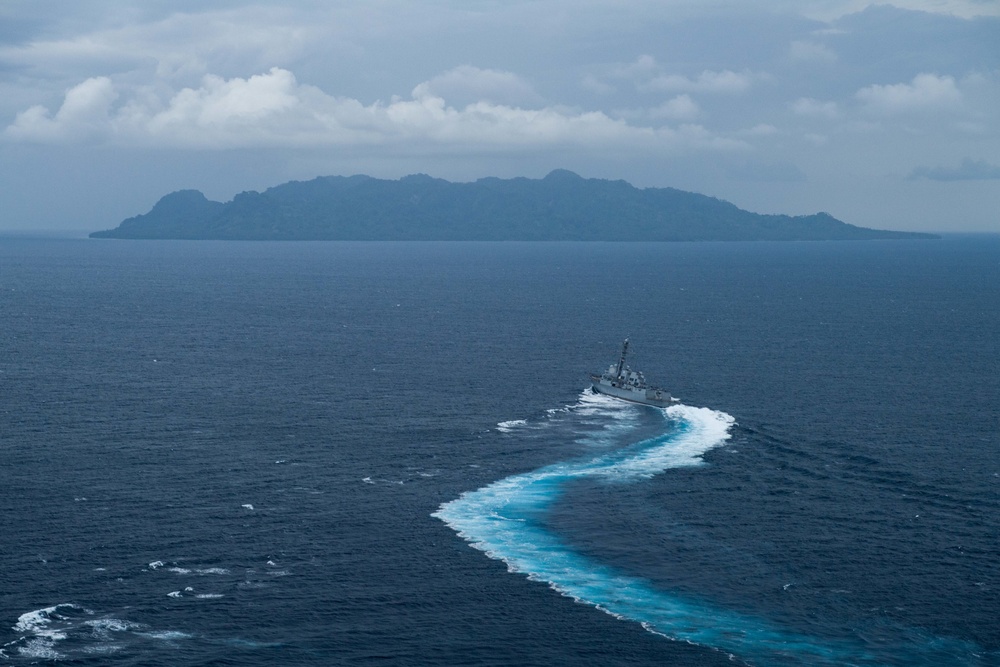