German Morale on the Eastern Front

I would like to learn about German morale on the Eastern Front.

If we assume that the typical German conscript was not a Nazi zealot, what did the harsh conditions, brutal combat, and lack of strategic cohesion and success do to German army morale on the Eastern Front. If it the above factors negatively impacted morale how did that impact army effectiveness?

Welcome.
While the conscripts might not be zealots by 1943 the conscripts had grown up in the Nazi propaganda bubble and most will have been in the Hitler Youth.
Add to that the fear driven hate engendered by the demonization of the Bolsheviks in Nazi propaganda.
Most older soldiers will be in support units which have lower casualties, so the combat units will be the younger, more indoctrinated conscripts. A 25yo in 1943 was 15 when the Nazis came to power; a 20yo was ten. In 1944 an 18yo conscript was 7 in 1933 and had been in the junior and senior HY since they were ten.
From the accounts I have read the effectiveness decline in the ground forces from mid 44 onwards was due more to inadequate training and experienced NCO shortages than morale collapse. If you look at the recovery from the operational collapse after the Normandy breakout, Dragoon in S France and Bagration in the East the morale factor seems less important than the cultural conditioning to militarism.

Thanks very much for the very well-reasoned response. Your explanation seems extremely plausible, and likely for the armies as a whole.

Just continuing to think out loud…

Catching up TG episodes, Indy and team cover this question somewhat in the recent episode: “Is the Wermacht Defeated in 1942?” 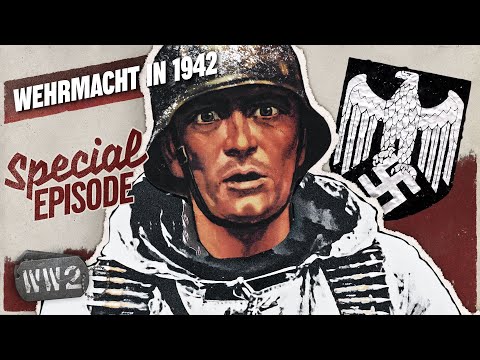