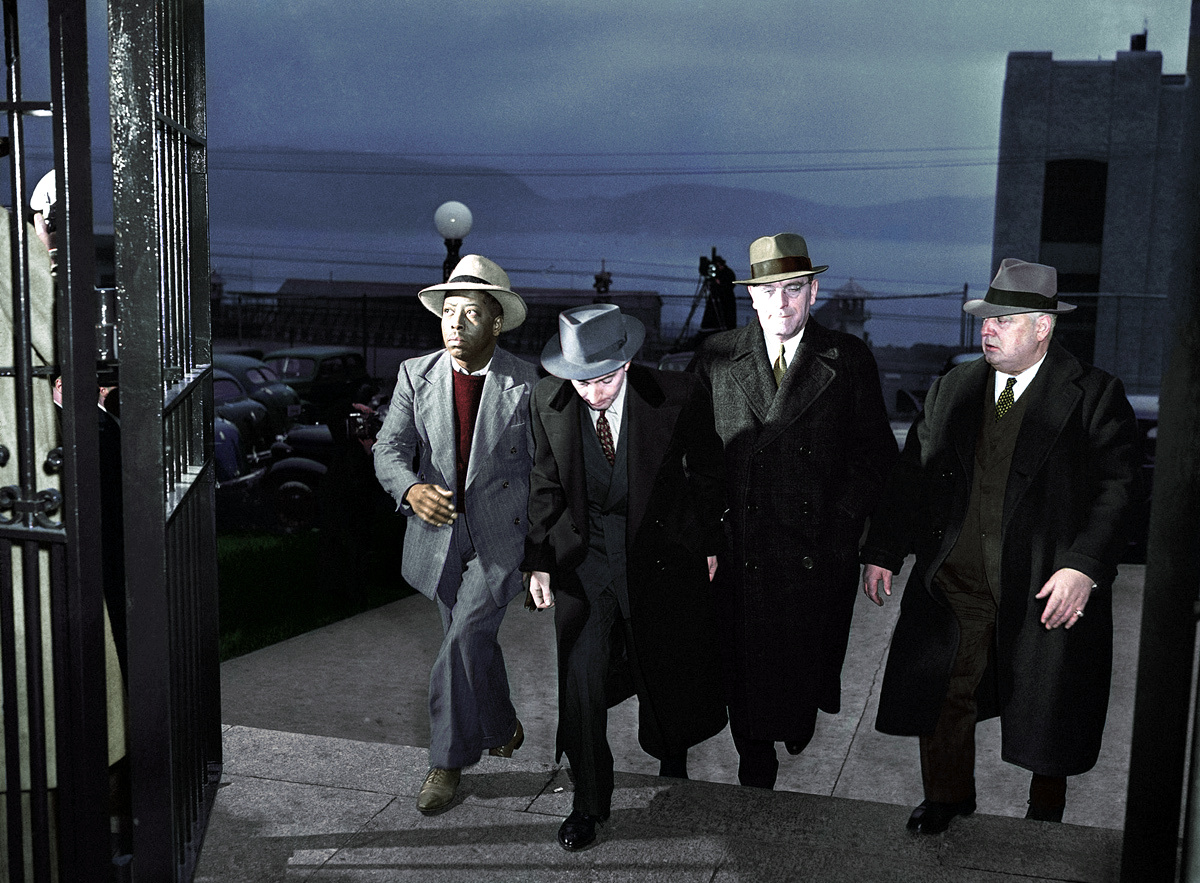 On December 5, 1939, Kuhn was sentenced to 2½ to 5 years in prison for tax evasion and embezzlement. Here, handcuffed to two other prisoners, Kuhn walks into Sing Sing Prison in Ossining, New York, to begin serving his sentence.

In the fall of 1939, New York City Mayor Fiorello La Guardia ordered the city to investigate the Bund’s taxes. It found that Kuhn had embezzled over $14,000 from the organization, spending part of the money on a mistress. District Attorney Thomas E. Dewey issued an indictment and won a conviction against Kuhn.