The Allies continue advancing into Vichy French Syria, but they are halted and pushed back by Erwin Rommel at the Halfaya Pass in Libya. Meanwhile, the last preparations are being made for Operation Barbarossa. It will begin in two days. Join us on Patreon: https://www.patreon.com/TimeGhostHistory Or join The TimeGhost Army directly at: https://timeghost.tv Check out…

From the Italian newspaper La Domenica del Corriere: patrols on both sides clash in intense night fights during the siege of Tobruk. 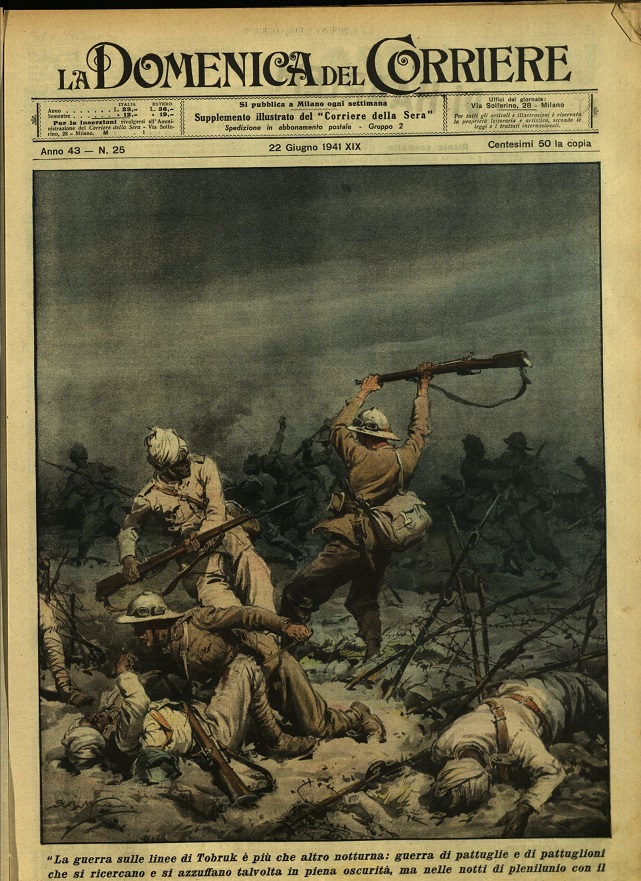 I don’t believe the codewords “Dortmund” and “Altona” were chosen by chance.
Although in hindsight and with a bit of superstition the correlation of “Dortmund” with starting Operation Barbarossa und “Altona” with aborting the whole idea (for the time being), is foreboding.

Altona became 1937 a part of Hamburg, but in 1932 it was an independent town in Schleswig-Holstein.
On the 17th of July 1932 the “Altonaer Blutsonntag” (Altonaer Bloody Sunday) happened, where a show of force by the SA was permitted by the local Gouverneur in a part of the town called “Klein Moskau” (little Moscow). Because it was the area where the communists and socialist parties had a lot of followers. So you got 6.000 (in words: six thousand) SA men marching right under the nose of several thousand communists and the predictable thing happened:
Violent clashes. At the end of the day 18 people lied dead in the streets of Altona. 2 SA men and 16 people living in the area, shot by police bullets. Because after the first shots and initial 2 deaths, the SA had asked for and got full police support. And in the aftermath only communists were prosecuted (and sentenced to death) by special tribunals. The whole thing was in hindsight a setup for something far bigger: The Preußenschlag. I talk about here a bit more in length

So in conclusion, Altona was a big success for the Nazis and an important event leading up to the power grab in 1933. And it is the codeword to stop the big B.

Dortmund on the other hand was a different kind of struggle for the NSDAP. They never managed to even get relative majority in the city. Only in the rigged March 1933 elections, the NSDAP got it, with a meager 27% of the vote, while the KPD got 23,1 % and the SPD 20,8 % putting them -theoretically- in a position to form a city government against the NSDAP. Even the catholic Zentrum party got 18,4 % putting them into a position to theoretically renew the Weimar Republican democratic “Iron Front” with SPD and DVP and DDP (liberal and national-liberal, pro-republican parties). So the failure of successful “Machtergreifung” was often credited for a special eagerness with which SA, SS and NSDAP tried to bring the city to do its bidding. For example the old Synagoge was already gone, when the Reichspogromnacht struck. The Dortmund area was so problematic, that the local SS prison got a particularly gruesome reputation and small resistance movements were active the whole time.

So Dortmund was a place of struggle and in some ways failure for the Nazis. But it was the codeword to start a very ambitious invasion.

In my opinion, poor choice of codeword and now you know why.