I hope this isn’t too silly of a question: I asked on a European forum on subreddit and it got removed without comment.

Is maple syrup popular in Europe and was it popular back in the war years? The reason I ask is maple syrup if properly stored lasted for decades, and doesn’t take up a lot of space, and if you are preparing for a long war, as my AU protag is, it would be a good thing to stock up on before the war starts, because you don’t know when the war will begin because you are expecting your enemy, not your boss to start it in a couple of years.

Also, Europe has an ideal climate for growing maple trees, and there are colonies of maple farms in New Zealand so they can be farmed outside of North America, they’re not.

So maybe Europeans put honey on everything? Or there’s no market because demand is saturated. I’d like to know either way.

It’d be an interesting change because of the German desire for both autuky and rural revitalization at the time, Maple farming (among other tree crops) would be a good lead-in diversifying the agricultural portfolio and proving a high calorie, relatively not labor-intensive food source.

The only silly questions are the ones that aren’t asked

Some history on Maple syrup has always been classified as a luxury item due to its rarity as it is only collected during from February to April and is only harvested in eastern Canada and a couple of US states due to its ideal weather. Even today many choose the fake stuff over real maple syrup due to cost. Canada produces 87% of all maple syrup with the US producing the other 13%. It is very popular in Canada and moderately popular in the US and it has niche markets all over the world but not sure how popular it is outside the North American market.

Back during WW2 it was like everything else rationed and the price frozen from 1939 to 1946 which drove many out of the industry as it cost them more to produce it and did not generate a profit. Due to the limited quantity produced each year the likely hood of it making it to Europe during the war years was slim as it was not considered a necessity but more of a luxury item. My understanding in Europe it was a novelty item before the war and not readily available to the working class. (Need confirmation)

Yeah but Maple is a low labor intensity crop. Once the tree is planted you check on it and then stick a sap collector on it and check back every couple of days. As a monoculture it’s a nightmare, but as traditional agriculture, as an additional part of an agricultural portfolio and largely in the off winter season, it’s a bumper crop if I remember my term correctly.

Like do Europeans have pancakes to put syrup on to which they normally put honey or marmelade on instead or is the pancakes and sweet stuff thing a foreign concept, then or now?

Because though this didn’t happen in our world, it seems likely from what I know currently that it’s more than possible my character Becker could get the Nazis to introduce Maple farming and Maple consumption as part of their wide ranging ersatz campaign of home grown consumption, in this case, in place of foreign sugar, and it would probably be less resource and manpower intensive than the sugar beet pipeline which requires not only sugar beet farming and farming labor but also the factories to refine sugar beets into sugar. And it also diversifies sweetiner options and Hitler was not blind to morale boosting effects. Not to mention, you could do German capital investment in marginal forest lands in Scandinavia which are close, non productive and cannot be blocaded by the British, and also helps diplomatic bonding.

Considering a maple tree probably need something around 20-30 years to reach maturity (and so be ready to extract de sap), I dont see how it could have became a thing for the war period, even if a big programme was launch by the german on on first day in the office.
I don’t know if german like sugar stuff “pancake” but in latin part of europe (I mean, France, Italy, part of Belgium, …) these kind of meals are considered as desert, not that a big luxury today, but I imagine that in the 30-40’s sugar was not that cheap for the common folks. Mapple syrup was (and still) not really part of the culture, I think it would have been hard to convince farmer to invest into a big production of it, regarding the potential difficulty to find a market for it (except maybe the military, if I follow your idea, which I find fun, but hard to believe it coul have been a good one in reality.)

Oh I checked your sources and yes for full maturity, yes, but NOT for tapping! So here’s what I found!

From Missouri Department of Conservation
https://mdc.mo.gov/discover-nature/activities/maple-sugaring
Trees should be four feet in Diameter before tapping
" Make sure your sugar maple tree is at least ten inches in diameter at breast height (about 4 feet above the ground) before you tap it. If it’s any smaller, you could harm or even kill the tree.

A single large tree can take up to three taps (never more than three in one tree), but over-tapping can harm the tree. It’s estimated that just one tap will produce the greatest results without harming the tree."

But, how old does a maple take to get that large? Well, there are like five types of maples that make Syrup. I hoped there was a bush, but that didn’t work out and there are Norwegian maples, but I don’t think they make syrup. So let’s go to SFGate 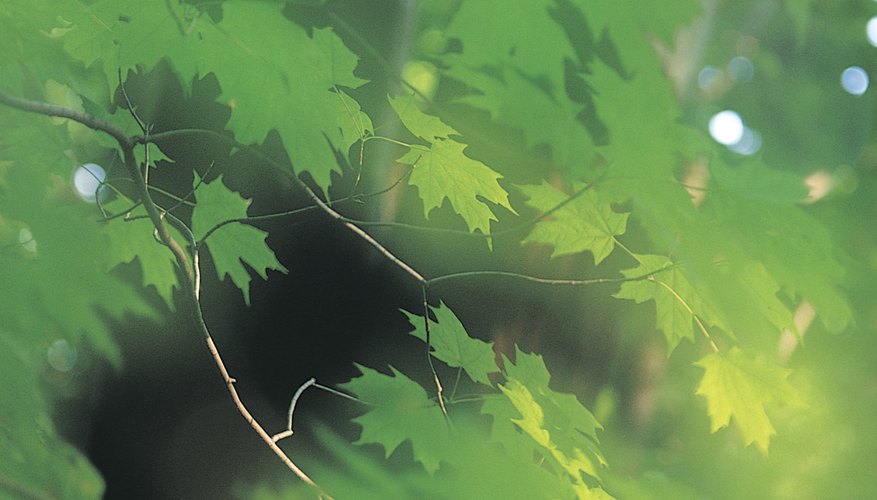 How to Tell the Age of Maple Trees

How to Tell the Age of Maple Trees. You never know exactly how many candles to put on your backyard maple's birthday cake, since counting tree rings is a method of last resort. However, it is possible to know whether you are dealing with a teenager,...

I do not understand the second part in light of the first, (because we’d already have measured the circumference) but just using the first, silver maple, the fastest-growing would need to be…55 years old before the first tap. That’s the youngest.

BUT…I was wrong witness by this headline 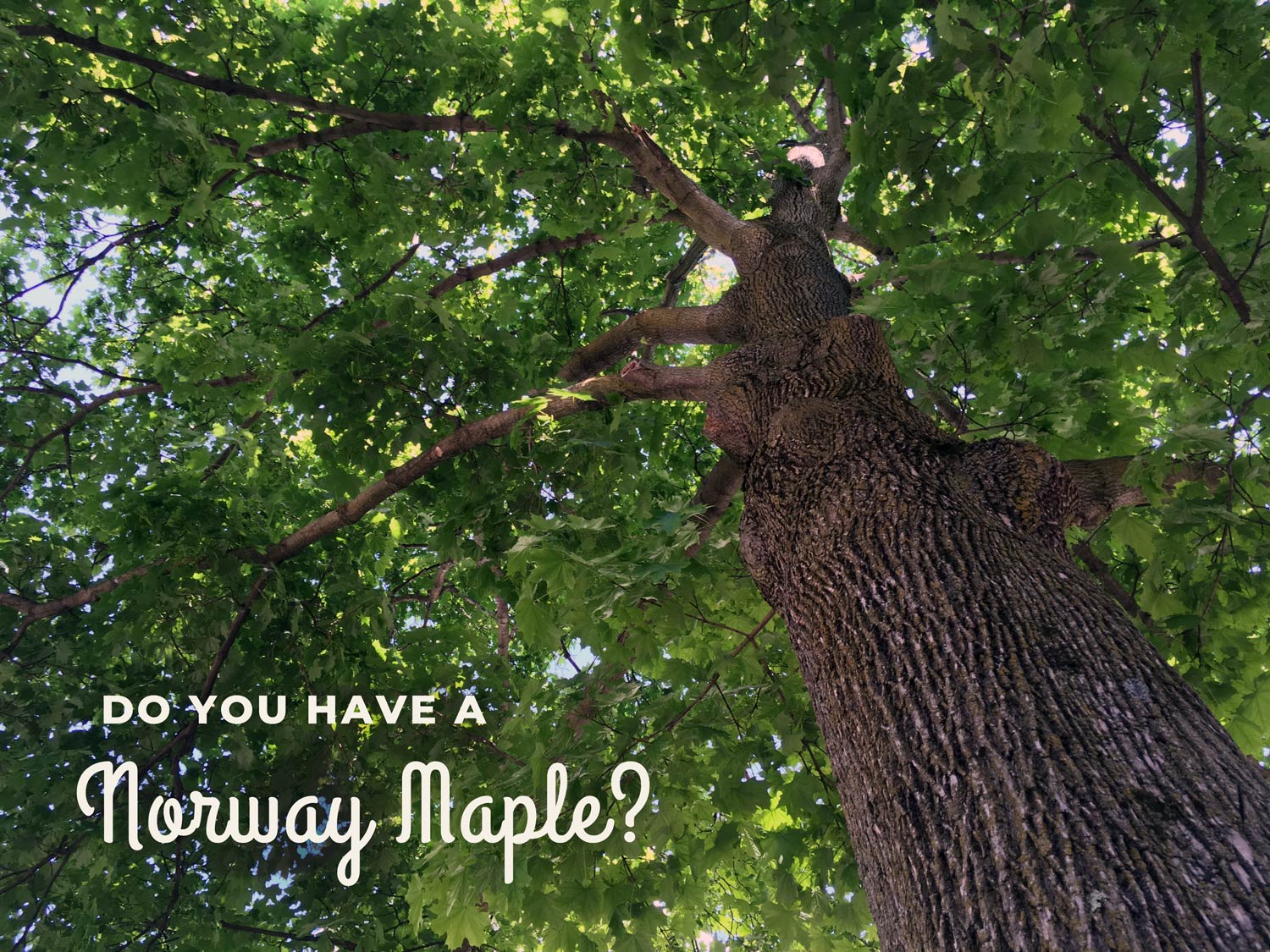 Yes, You CAN Tap a Norway Maple for Maple Syrup : This Inspired Life

Norway Maples commonly line urban streets, although they're considered invasive. There is much confusion online as to whether you can tap them for maple syrup. My experience says you can and should tap Norway Maples, as other factors make up for the...

And here’s the natural range: 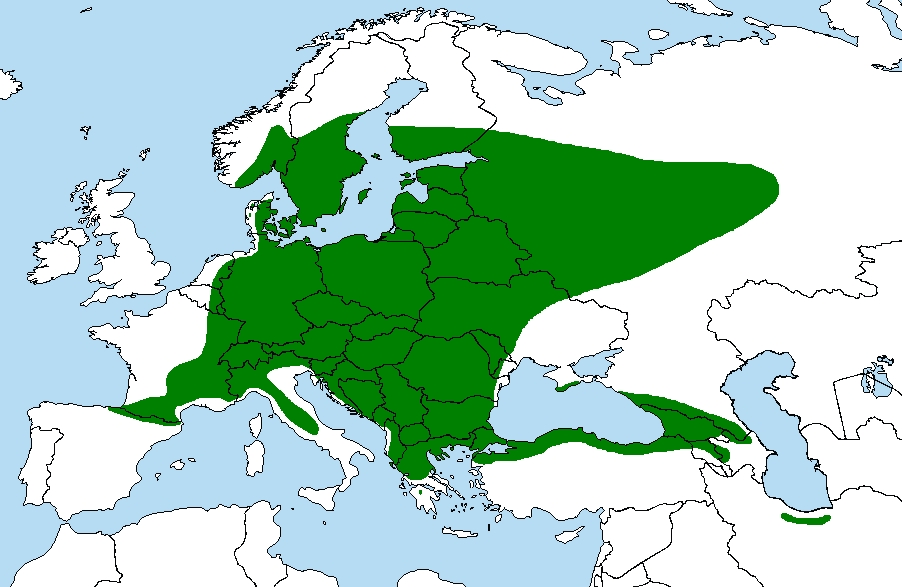 Now the wood quilty is garbage but this tree is EVERWHERE in Germany and southern Scandinavia. Literally waiting to be tapped. It just needs…drumroll, please…GERMAN ORGANIZATION! PRUSSIAN EFFICIENCY! And the imagination that was stomped out of Der Deutsche Volk by both long ago, except for my boy Wilhelm and the other perennial oddballs who haven’t made for America for some reason.

It may be all over the place, but it does need the right weather to get syrup. It’s not as if maples in North America only grow in Canada and a handful of northern US states. It’s just that the weather is right there to harvest the liquid.

I think it’s a lot more flexible than that. It’s not like cinnamon where the plant simply won’t grow if you try and plant it in regions where there are actual winters. Not everything that can be harvested is harvested even if it COULD be done at a profit. There’s a lot of cultural biases and simple ignorance of opportunities that goes into farming, especially before the internet.

In the case of Maples, the government would have to artificially create a market in the first place by being willing to buy pretty much whatever doesn’t sell, creating a minimum price floor, which in this case would be very understandable because of how well it stores and it needs to avert a food crisis when not if the next war comes. Syrup is more or less pure sugar and thus about as calorie-dense as possible.

It’s not too dissimilar to the creation of canned goods and the European sugar beet industry during the Napoleonic Wars. Both became wildly successful after the wars themselves, but both were initially created by government incentives and deliberately distorted market conditions (Napoleon subsiding research into portable food rations for his troops and a long term British blockade respectively)

The cost of maple syrup is not in the sap or sap collection but in the refining. It takes 40L of sap to make one litre of syrup; the sap has to boiled and that takes fuel. Lots of fuel. Traditionally it was wood, today it can be electricity or natural gas but wood still predominates. Coal would pollute the product.

Well, we’re in luck because the Norwegian Maple is notorious for creating wood detritus in urban settings that’s a nightmare to deal with. It was brought in a sub for elms as they were biting it from dutch elm and well, lots of dead branches. The wood is notoriously soft and prone to rot to boot so there’s not much else utility other than to burn it either.

It’s in the article on making syrup from Norwegian Maple.

Not all wood can be burned so easily; you need dense trunk wood. It just isn’t that simple.

You’re not thinking fourth dimensionally. if it won’t burn consistently or hot enough you can turn them into presto logs: Premium, All-Natural Recycled Wood Fire Logs and Wood Fuel Pellets. Enjoy the ambiance of burning logs without the mess and hassle of cordwood. Our compressed wood logs and pellets are easy to use, sustainable, long-lasting, and produce an intense...

Also invented in the 1930s so historical

Just to clear up some misconceptions, Maple syrup was traditionally a secondary source of income for Quebec farming families during WW2 (and continues to a lesser extent today). Contrary to what Charlottev13 indicated “Maple is a low labor intensity crop” it IS indeed a high labour intensity crop. Each tree had to be tapped and a bucket hung underneath to catch the sap. All these buckets had to be monitored and emptied when full into a water tank on a horse-drawn sled and brought back many hundreds of feet to a sugar-shack. The evaporation of the sap was done in pans above fires fuelled by large quantities of hard maple wood that was cut in the previous seasons. Only hardwood could produce the required heat.

In wartime, the store-bought maple syrup was rationed, but farm families would make their own for their personal use or for sale in the official markets or the black market. Thus, many Canadian families, particularly in the province of Quebec, had a work-around for the sugar rationing. Despite it being a bit of a luxury product in Canada, my French-speaking family would consume at least 10 gallons each year in the 60’s.