British destroyer at Boulogne, France fired at German Tanks entering the port, one enemy tank was knockout. From The Guinness Book Of Tank Facts & Feats.1
May 23, 1940 Germans start shelling Boulogne and May 25, 1940 is when Boulogne fell to Germans.2

I know allied ships KO tanks and/or beat them back at Sicily (H.G. Div.), Salerno (14 Pz Corp.), Anzio, and D-Day, but I believe almost all was indirect fire as I understand. Also, Normandy battles and others, ships guns many times stopped the enemy after lands as some ships guns could reach over 20 km and more inland. Even Rommel per his book (‘The Rommel Papers’) seem to say he tried to warn high command of heavy Ship Bombardments before the Normandy lands, as I believe he was reading German Combat reports from Italy, etc.

That’s interesting I thought that the invasion of Norway would have been the first. Did the Germans even use tanks in Norway?

US destroyers engaged German bunkers on Omaha with direct fire IIRC but most naval gunfire was indirect fire.

The nastiest customers at D Day for naval fire support were HMS Nelson and HMS Rodney.

As can be seen from this photograph of HMS Nelson… 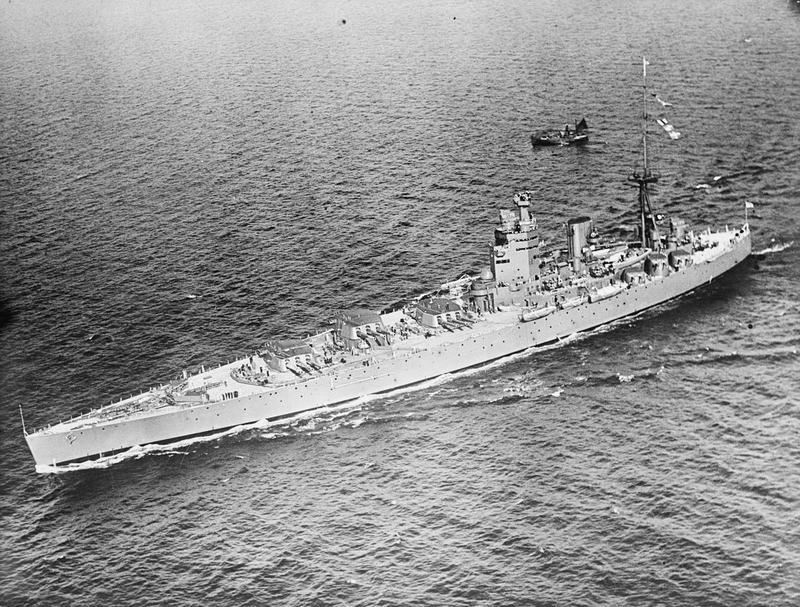 …they carried a heavy armament of 9 16" guns, which could hurl a 2048lb armor piercing shell a distance of around 35,000 yards. There were a number of other old battleships on hand as well, including one of the fightingest ships of the Royal Navy, HMS Warspite.

Had things gone badly wrong with the landings, these ships and others like them would have provided heavy fire support which at previous landings in the Italian campaign had proved extremely effective at breaking up German counterattacks. Naval gunfire support like this made it extremely hard for the Germans to drive allied landings back into the sea once they were ashore in significant numbers. Rommel was probably correct in his assessment that the Germans had to stop the allies at the water’s edge or not at all.

To get an idea of how unpleasant it would have been to be on the end of gunfire from one of these ships, here’s a picture of a 16" shell being loaded onto HMS Rodney. Now imagine a full broadside of 9 of these coming down on your position. 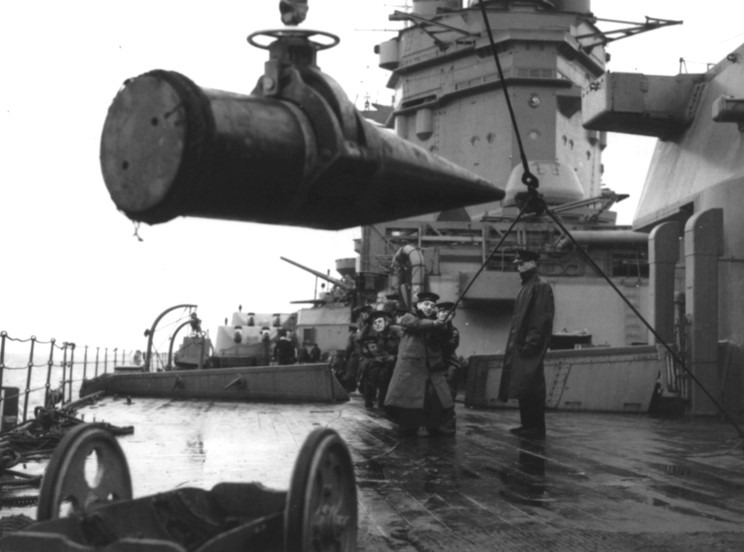 The answer is no regarding Allies ships KO German tanks in Norway.
German sent small number tanks to Norway , in the south of Norway, and Allies ships seemed more in northern parts, see below for more info.

Germans only sent small number tanks into Norway, in part as of the terrain (mountains, not best for tanks, although many times all sides were to send tanks into mountain areas).

Only a battalion of tanks were sent to Norway. Landing at Oslo, and some stay there, others went to Lillehammer, Hamar, and Konigsvingen Elverum.1
First wave of tanks did not arrive until Apr. 17, 1940 (one company), next on Apr. 19 and the rest on Apr. 20 and all seem to have landed at Oslo.1
All German tanks were in the south parts of Norway.

Allied shipping did not go to Oslo. As Narvik was more strategically important to allies and axis to. The furthest south Allies landed troops was around Nansos and Andalsnes. From Andalsnes, Allies pushed to Lillehammer (after meeting up with soldiers of Norway just before Lillehammer). See footnote 2, 3 and 4.

However, Germans did lose five tanks by allies ships when a German transport ship was sunk carrying the five tanks.1

As I can only see three German ships were sunk that I can find in the south of Norway near Oslo, two were sunk by British Subs (German ships Lützow and Karlsruhe) and one sunk by Norway’s coastal battery (German ship Blücher) near Oslo. The Karlsruhe ships was sunk closer to Chrstiansano than Oslo from what I can tell. See footnote 2 and 5 (this just Wikipedia links to the three ships listed above ).

As of a tanks strength a German report on Apr. 24, 1940 tells of 54 German Tanks in Norway, as follows:
Three Neuhaus-Pz.Kpfw. IV, 18 Pz.Kpfw. II, 29 Pz.Kpfw. I and 4 kl.Pz.Bef.Wg.1
(Just for those that are unclear of this last Tanks these are special command tanks).
Note regarding this tank Battalion strength was consider to be all Light tank companies (except for first three tanks at beginning of list of strength above, which would be consider German medium tanks for 1940 period).1
This unit was called Panzer-abteilung z.b.V. 40, z.b.V. means special employment.
The Neuhaus-Pz.Kpfw. IV is also known as Neubaufahrzeug. Per another book only 5 were produced (“… 2 prototypes …” and “… 3 experimental vehicles produced …”). And of the three sent to Norway, one was lost, all the others return at the end 1940 to Germany. And was the only battle any of these five tanks would see in the World War.6
The Neubaufahrzeug (Nb Fz) could be called a multi- turret in a way as the tank has a turret for the hull mgs and had a 7.5 cm and a 3.7 cm guns (and mg) in regular turret.6

Thanks for the info, I didn’t know that. This forum is awesome for information.

One of the ships that bombarded the Normandy beaches still exists today. The Battleship Texas (BB-35) is a museum ship in Houston, Texas, US. I think it’s the only Dreadnought era Battleship to survive. She fought through both World Wars before being turned into a museum. While not as powerful as the WWII generation battleships, she could hurl 14-inch projectiles from eight guns, doing massive damage.