What is everyone’s favorite WW2 movie? For me its Das Boot.

Although it’s not 100% accurate, I’m gonna go with A Bridge Too Far. But Das Boot is a good pick!

Stalingrad (1993). The climax of the movie rendered me motionless for a good 5 minutes.

Ahh… yes. I forgot about Come and see. If you haven’t seen, go see it. Warning : It is not a family friendly movie.

The Dirty Dozen even though it’s not realistic it’s a classic with many of Hollywoods greats in it.

I hardly recognize Donald Southerland in that movie, though I can spot his acting in a second.

I was half expecting Pearl Harbour to be there. It is the most non-historical historical film ever made.

I will never watch the show ever it’s a disgrace and what’s even worse is younger generations actually believe that drivel Michael Bay made.

I find “From Here to Eternity” a better movie about Pearl Harbor than Bay’s film, and it’s not even trying to be historical, but just tell a story.

Among my favorites (historical and historic fiction) are, in no particular order:

…along with many I haven’t mentioned.

A Bridge Too Far and Cross of Iron are two favorites. Peckinpah’s film is really brutal, and comes close to Come and See at capturing the nature of the Eastern Front. I would add Empire of the Sun and Aux Revoir Les Enfants for ones that showed the effect on civilians. The latter is based on an actual incident at the boarding school that director Francois Truffault attended. You could have an entire separate category of Holocaust films. 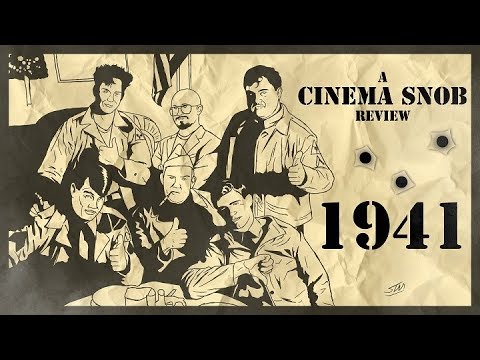 For pure entertainment only - Kelly’s Hero’s.

Love the Cinema Snob! Love to see another fan of his!

1942’s Mrs.Miniver is a really good film if you wanna see a good depiction of the British homefront during the Battle of Britain.

“The Life and Death of Colonel Blimp” is one of the best films ever made.
Winston Churchill wanted the film banned - without having seen it. He concluded too much from the title.

If Churchill had watched it, he would have approved. The gradual realization of General Clive Candy that the old British notions of “playing the game” just didnt cut it when it comes to fighting a ruthless foe such as the Nazis was one of the great feats of wartime cinema.