I once tried to use the math of cryptopuzzles to show that the Labrys and Swastika symbols artistically corresponded, but the work was considered mediocre.

Greek Swastika: Ancient Origins of the Swastika in Ancient Greece

The Swastika is one of the most common and enigmatic symbols in human history. It has been found among hundreds of the cultures around the world. It has been carved onto 30,000 year old mammoth tusks, it has been found on Neolithic Serbian tablets,...

In Etruscan art, the Fasces is blended with the Labrys: 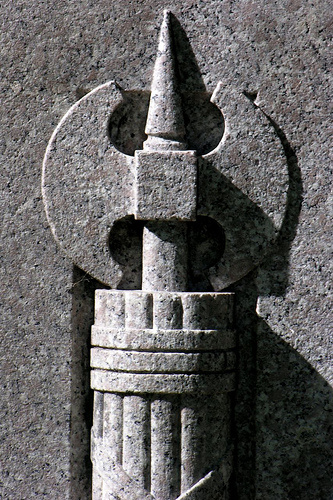 What exactly is the origin of these symbols and did they relate to the tyrannical form of government that we now associate them with?

Labrys was used in Minoan Crete as a religious symbol, never found with gods and always associated with goddesses. Perhaps it was, according to Fritz Schachermeyr, the symbol of the goddess of creation. Since Plutarch wrote that the word is of Lydian origin, it is likely that the object and the religious cult originates from Anatolia. Metaxas used it is EON, his fascist youth organization, as a symbol of the continuation of the Greek race for millennia.

As for the swastika, it is really found in every culture of the world, and a dozens of theories exist about its origin. In ancient Greece was named gammadion and tetraskelion, but its symbolism, if there was any, is not known. Some say it was a emblem of Zeus or a solar symbol. In modern Greece it was used after Heinrich Schliemann discovered the symbol in the site of ancient Troy as a symbol of luck, even in football teams like Apollon Smyrni 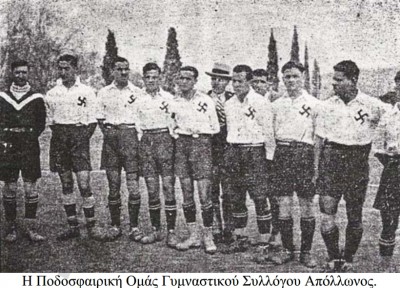 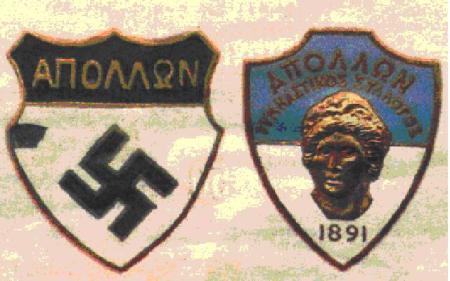 Well, the Minoan religion appears to have been goddess-centered, which is why the goddesses have the Labrys in their religion, but in the later Greek Mythology on Crete, Zeus has a Labrys and so does Hephaestus. https://www.cs.mcgill.ca/~rwest/wikispeedia/wpcd/wp/a/Athena.htm

In the Basque Language, the word for swastika is lauburu, which I find striking, although it could be a coincidence.