Lieutenant Colonel Eric Charles Twelves Wilson [VC] (2 October 1912 – 23 December 2008) was an British Army officer and colonial administrator. He received the Victoria Cross, the highest and most prestigious award for gallantry in the face of the enemy that can be awarded to British and Commonwealth forces. At the time of his death, he was last surviving British Army recipient of the Victoria Cross in the Second World War, and the earliest and oldest recipient.

Wilson was commissioned as a second lieutenant in The East Surrey Regiment on 2 February 1933. He was promoted to the rank of lieutenant in 1936 and was seconded to the 2nd Nyasaland Battalion The King’s African Rifles in 1937 serving in East Africa, where he learned to speak Nyanja. He was then seconded to The Somaliland Camel Corps in 1939.

In August 1940, Wilson was 27 years old, and by then an acting captain attached to the Somaliland Camel Corps, when Italian forces commanded by General Guglielmo Nasi invaded British Somaliland (now part of Somalia. During the Italian conquest of British Somaliland the heavily outnumbered British-led forces made their stand on the hills around Tug Argan. During this battle, from 11 August to 15 August 1940 at Observation Hill, Captain Wilson kept a Vickers machine-gun post in action in spite of being wounded and suffering from malaria. Some of his guns were blown to pieces by the enemy’s field artillery fire, and his spectacles were smashed. He was wounded in the right shoulder and the left eye, and he was assumed to have been killed. For his actions, likened in the to another Rorke’s Drift Wilson was awarded the Victoria Cross.

Wilson has the rare distinction of being mistakenly awarded a VC, announced in The London Gazette on 16 October 1940. At the time the award was made, he was believed to be [missing in action, presumed dead. He had, however, been captured by the Italians. An official report in The Times on 16 October indicated that he had survived, but another captured officer was surprised to find the “late” Captain Wilson still alive in a [prisoner of war camp in Eritrea.

In 1941, when the Italian forces in East Africa surrendered following the East African Campaign (https://www.wikizero.com/en/East_African_Campaign_(World_War_II)), Wilson was released from captivity. He returned to England and received his Victoria Cross at Buckingham Palace in July 1942. With his captain’s rank made permanent in 1941, and with the rank of temporary major, he served as adjutant of the Long Range Desert Group during Western Desert Campaign and then as second in command of the 11th (Kenyan) King’s African Rifles, part of the 25th East African Brigade in 11th East African Division , in the Burma Campaign. Having contracted scrub typhus he was hospitalised for two months and then returned to East Africa to command an infantry training establishment at Jinja in Uganda. He was promoted to acting lieutenant-colonel in June 1945 and was seconded to The Northern Rhodesia Regiment in 1946. He retired from the Army in 1949 and although at this time his permanent rank was major, he was granted the honorary rank of lieutenant-colonel. 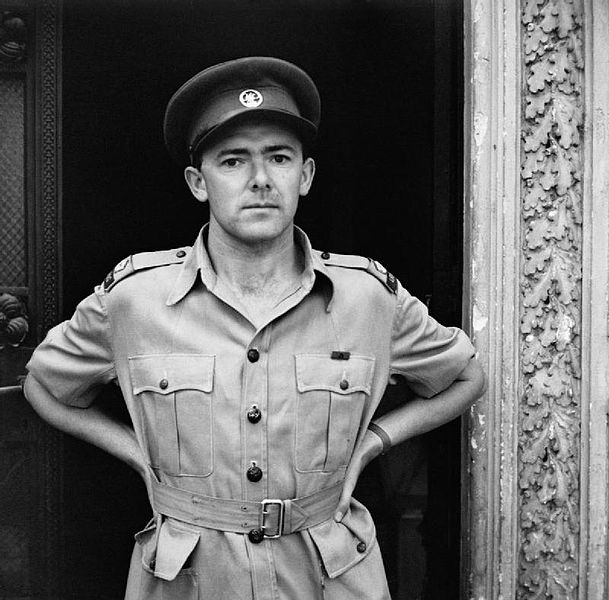