Frank Nelson, chief of detectives, said one boy admitted to throwing an egg into the Willkie automobile. Another told the officers he threw an egg at the special train as the candidate and his entourage departed. Two other boys said they had eggs, but “got cold feet” and did not throw them, police reported.

Officers said the boys characterized their actions as “just a prank.”

Mr. Roosevelt spoke out at his press conference yesterday when asked about the “harsh treatment” accorded Wendell L. Willkie, Republican presidential nominee, while campaigning in Michigan.

The question referred to incidents during Willkie’s appearance at Detroit and Pontiac. At Detroit a scrap basket was dropped from a high window as Willkie was passing, and a bystander was injured. At Pontiac, an egg was thrown at Willkie’s car, spattering the dress worn by Mrs. Willkie.

Voicing his disapproval of such demonstrations, Mr. Roosevelt said he believed that the laws of most states would classify the scrap basket incident as an assault and crime.

He said he had been informed than an employee of the Reconstruction Finance Corporation was involved in the scrap basket incident. 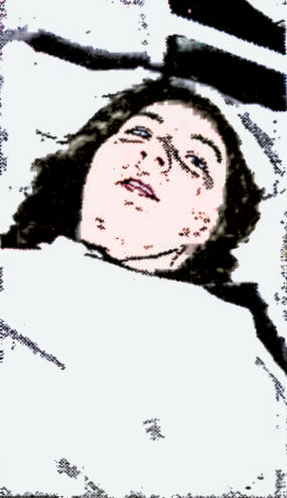 Betty Wilson, 19, pictured in a Detroit hospital, suffered a head injury when she was struck by a wastebasket plummeting out of the window of Detroit’s Book-Cadillac Hotel. At the same time, arriving Republican presidential candidate Wendell L. Willkie was bombarded with a melon. 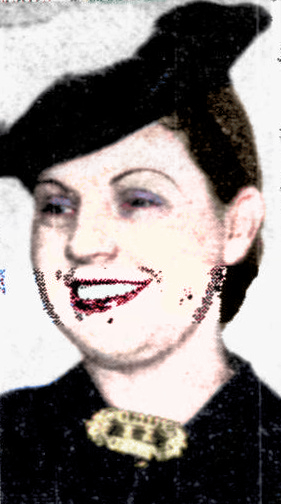 Detroit police charged Doris M. Larue, 31, identified as an RFC worker, with disorderly conduct and quoted her as admitting she threw the wastebasket from an 18th floor hotel window.

19-year-old Betty Wilson, who was struck on the head by a five-pound metal wastebasket Monday night as she stood outside a downtown hotel waiting to see Wendell L. Willkie, is expected to return to her home today attendants at receiving hospital said.

Later examination indicated the girl had not suffered a skull fracture, as at first believed. She suffered a scalp laceration that required a dozen stitches to close.

The girl was struck as missiles showered on the crowd following Willkie shortly after the Republican presidential candidate had entered the hotel.

Meanwhile, Miss Doris Larue, 31, a Reconstruction Finance Corporation employee, who said she hurled the wastebasket and other objects from and 18th floor room in a “spirit of fun” was held by police for investigation.

Capt. Richard Doyle stopped a man with bulging pockets at the gate and found three eggs.

“What are you going to do with those?” Doyle asked.
“Eat them,” was the reply. And he did – right there on the sidewalk.