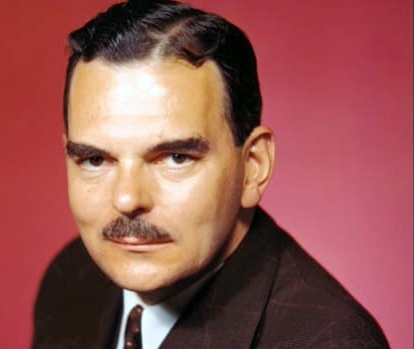 Mr. Dewey, defeated by Wendell Willkie for the Republican presidential nomination, addressed a crowd of 2,500 in the Municipal Auditorium here. His speech was broadcast over a statewide network.

Quoting a taxi driver’s statement that President Roosevelt has “been in there pitching for us common folks and I’m for him,” Mr. Dewey said:

Now, here is a good statement of a real issue. Is it true that Mr. Roosevelt has been there pitching for the common people? If so, then we must admit there are two sides to this election.

He added, however, that the President’s “pitching” had produced little benefit for the people.

He said the national income averaged only $62 million per year during the New Deal Administration, compared with $70 million for the previous seven Republican years.

Mr. Dewey charged that wages and salaries dropped 20% under the New Deal, compared with the last seven years of G.O.P. administration, that the farmer’s income dropped 15% in a similar comparison that, on the average, there have been six million more unemployed in the last seven years than during the Republican years," and that taxes meantime, increased 40%.

’Leading Us to War?'

There, on the record of distress and human disappointment, is the proof that there were not two sides to this issue.

Criticizing President Roosevelt’s foreign policy, Mr. Dewey said the nation, weakened by “seven and a half years of the misguided policies of the New Deal,” suddenly found itself “confronted with a mysterious entanglement in the Far East.”

This entanglement may mean the lives of men in this very audience. Yet we are allowed to have no information as to what is going on…Is the New Deal Administration now leading us to war?

He also accused the Administration of subscribing to the doctrine of “the indispensable man” and rejecting “fundamental principles of a free republic – a rejection which reached its climax in the grasping effort for power for a third term.”

The country looks with full confidence to a Republican administration under the leadership of Wendell Willkie.

And as Mr. Willkie understands industrial production, the problems of agricultural production are equally known and understood by the candidate for Vice President Charles L. McNary.