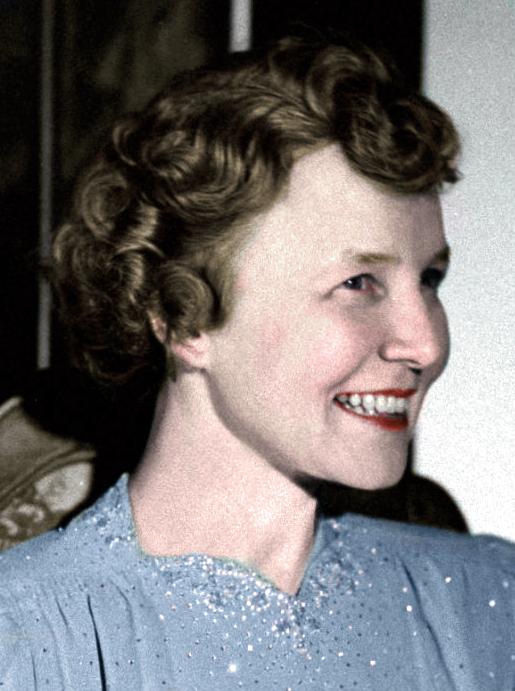 Mrs. Wendell Willkie is a first-class sport. Every woman who loves a man can understand what she suffered while her husband was hissed and egged and insulted.

The wife of the Republican candidate has endured these things with stoicism and even with smiles for offenders. One wonders what went on underneath her smart little hat and what things she now ponders in her heart.

The reaction of some people to the Willkie tour gives us all something to think about. For every patriotic American who went along by means of the newspaper and radio, it has been a shocking experience. It dragged into the open a mental attitude which makes us more fearful for the future of democracy than any of Hitler’s rages.

In a few of our largest manufacturing centers – the very heart of industrial America – a man aspiring to the highest office of the land, who came as a guest to plead his cause, was received with rotten vegetables, boos and in some instances that which is most ominous of all, the sullen silence of intolerance and hatred.

Obviously, there are already many individuals in our country who no longer believe in democratic processes and stand ready to persecute those who do.

Time magazine’s account of the Willkie campaign ought to be preserved for reference and warning, because, if it is true, there is glaring evidence of a rise to totalitarianism in our own country.

The person who loves his country cannot remain unmindful of certain ominous rumblings, foretelling a further spread of class hatred, which if allowed to grow, will wreck national unity.

Whatever happens to the Willkies, their journey into enemy country and their conduct under insults received there, offers a fine example of gallantry and moral courage that will not soon be forgotten.