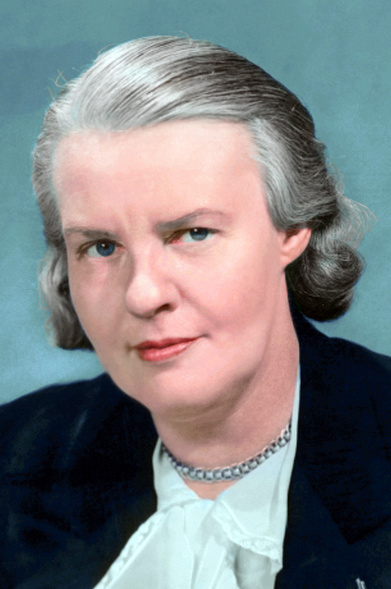 ON THE RECORD —
What price victory?

New York – (Dec. 28)
Victory, says the President, the Vice President, and Gen. Eisenhower – is a certainty, probably during the New Year.

The sobering complement to these statements is that this victory will be bought by rivers of blood, spilled for our cause by the youth of the nation.

This youth is recruited, regardless of class and occupation. Workers’ sons and boys from Exeter and Yale, hillbillies and Park Avenue scions serve in equal danger. All are paid according to the Army schedule, and none, from private to general, in any proportion to his hazards and responsibilities.

On all fronts, a united nation fights – joined in common discipline and common democratic comradeship.

Returning soldiers from all wars hope to bring home this spirit and reconstruct the nation they have saved, in this spirit.

And in almost all wars, they have been disappointed. The shattering of this illusion is what has repeatedly created the “lost generations,” turning the bright faith of democratic brotherhood into cynicism and despair.

One would think that the hope of early victory and the knowledge of its cost would occupy every American to the exclusion of any other consideration; that hearts would be suspended in prayer, minds concentrated in the most fundamental thinking, and hands be moving ever faster, as the supreme test approaches.

The moment will come when thousands of our sons have an eye on a wristwatch, not to see whether it is time to stop, but time to go – time to hurl their so-young bodies at the enemy’s steel, each knowing exactly what is at stake, for himself, his comrades, and his country.

On the fronts, the vision of victory means a tightening of all ranks.

At home, it means a loosening of all ranks.

At the front, every soldier prays that his own life will be spared. Not one of them wants to die. The instinct for survival is as strong in them as in you or me.

But each, confronting the enemy, knows that his life is only protected by the life of the whole. He is one with his comrades. If one is wounded, the other will try to save him at the risk of his own life, for so he would be done by, and so therefore he must do.

At home, the enemy presents himself through distant communiqués. Presumably he will soon be beaten, and then, where will each of us be? The specter of victory looms on the horizon, and with it the reckoning of the cost. Each begins to eye the other with envy. Who is getting the most? Which industrialists? Which workers?

Renegotiate contracts, to squeeze out unconscionable profits? Where would the country be without the industrialists?

Raise wages? Easy, when even the threat of a strike can bring a nation to its knees.

And there’s an election coming, and of course it matters almost equally with victory which set of politicians holds the jobs.

Peace for the soldier means the reprieve of his life, the grant of the transcendent boon.

And peace for the soldier, because he is still young, and envy and greed have not frozen his blood, means the chance to help make a future for his country in which envy and greed are not the invisible rulers.

The worker at the front looks forward to an America with a decent living for himself and his comrades. If the workers at home are improving conditions, he is glad. But what is improvement? Something that only can last for the short period of the war boom?

What the worker-soldier demands of his labor leaders is that they shall back him now and be planning for the future, not plotting to grab another 10¢ at his cost.

What the soldier who dreams of a business of his own demands of business is that it should leave some place for him and not monopolize the works while he is gone.

What the soldier-student interrupted in his studies is thinking of, is how the world got into this mess and how he can help pull it out, if he survives. Nor does he believe that modern democracy is just a continuous war between self-seeking pressure groups all worshipping Mammon.

Let politicians, labor leaders, industrialists, farmers, and black-market operators beware of youth that comes home disillusioned of their own people. That should worry all of us more than wages, dividends, or prices.

For, at the front, our sons have learned that the life of the community is more than the profit of the individual and that one can contemplate death only in the company of those who share a common purpose.