Dark Docs on the Battle of Scheldt

This is a source of Canadian pride 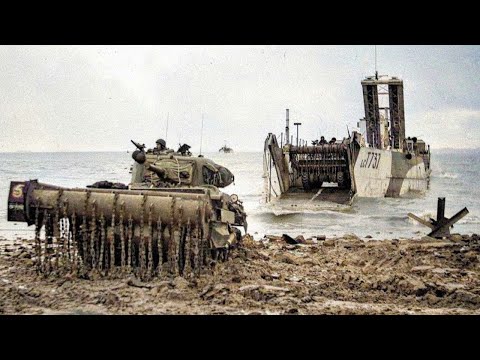 This may be an exception but to me the Dark docs channel seems to make a lot of mistakes mostly small by I oiled be a bit skeptical about using them as a good source.

But yes, a shining moment for Canada.

I generally take the Dark Docs and it’s associated channels as fun to watch but not very accurate. This also applies to this video but does do a passable overview of the fight but does omit a lot of the battle.

seems to make a lot of mistakes mostly small

I watched this earlier this evening and was coming here to complain about just such mistakes in the video. From the relatively trivial – mispronouncing Dieppe as “deep”, and mangling the names of the two Canadian generals mentioned – to pretty annoying ones like showing mainly US troops in combat and representing the US/Soviet troops meeting in central Europe as the end of the Scheldt campaign.

I’ve watched a few other videos from this channel and caught a few minor errors and omissions/elisions but until this one I tended to go through “Gell-Man Amnesia”:

Briefly stated, the Gell-Mann Amnesia effect is as follows. You open the newspaper to an article on some subject you know well. In Murray’s case, physics. In mine, show business. You read the article and see the journalist has absolutely no understanding of either the facts or the issues. Often, the article is so wrong it actually presents the story backward — reversing cause and effect. I call these the “wet streets cause rain” stories. Paper’s full of them.

In any case, you read with exasperation or amusement the multiple errors in a story, and then turn the page to national or international affairs, and read as if the rest of the newspaper was somehow more accurate about Palestine than the baloney you just read. You turn the page, and forget what you know.

This one, on the other hand had so many that I couldn’t just ignore 'em. The Canadians who fought in that campaign (and their “sympathizers” (God give me strength!)) deserve a better history than that one!