Does the shape of a nose or the turn of the jaw really ruin or make a person’s life?

With plastic surgery more widely accepted and more frequently employed these days, that question is coming in for a tremendous amount of discussion. Back and forth the controversy sways. Proponents say this new magic can save a woman’s morale as well as her good looks. Opponents insist that the whole psychological theory of physical surgery is a delusion. 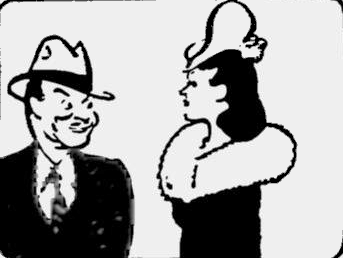 Nobody denies that pronounced ugliness can make a woman miserable. It always has been able to; probably it always will.

When these features are in certain harmonious proportions we have somehow come to consider ideal, we call a woman beautiful. They can, at most, vary no more than in fraction of an inch. And yet, if the variations stray from our set limits, the woman is ugly.

Beauty is its own power. A beautiful woman commands admiration at sight, and a power over her fellow-beings that is past comprehension. It doesn’t make one whit of difference whether Hedy Lamarr or Madeleine Carroll ever learn to act, and don’t try to tell movie fans that it does.

Ugliness, in turn, is often its own destruction. People shrink unwittingly from that which offends their sense of attractiveness. A woman who is at all shy and sensitive to begin with is quite likely to let homeliness turn into an actual disease in its effects on her personality.

Standards of beauty change but little. One generation may favor the piquant retroussé nose, while the next prefers a classic, high-bridged one. A man who considers Claudette Colbert a heavenly delight to the eyes may think Carole Lombard not worth looking at.

Women today, as they very well know, have at their fingertips more beauty aids, more inexpensively obtained, than women of any other age ever dreamed of. With a bit of skill and patience, they can put up a mighty fine appearance.

But the bugaboo of ugliness remains. Women have written that while still waiting for the masks to be taken off after an operation, they have felt as if they were starting a whole new life. They think especially how wonderful it’s going to be to have men treat them as women, not as pals or stray dogs. 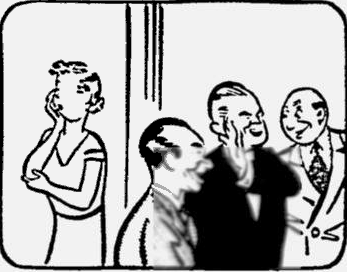 Psychiatrists, in turn, have reported cases of women completely sunk because the operation did not turn their lives upside down. Such women have expected every difficulty of life to be ironed out. They counted not only on a new nose, but on a new personality. And in these cases, the psychiatrists say, it would have been much better for them never to have raised their hopes.

Out of all this, only one thing stands out clearly to me. Surely a woman must reconsider long and carefully before she plans to have her face redone. She should not, by all means, let a small defect become so exaggerated in her mind that she blames all her troubles on it. And no matter how much the operation might do physically, she should never expect it to make over her life. Even the genies with the magic lamps never promised to do that.