Those three words, written on a scrap of paper and placed in a cardboard box with a baby abandoned in Chicago when she was only a few hours old, shocked us more than a dozen air-raid descriptions.

To say, “I do not love you,” of a newborn baby – that, to us, is inconceivable. I heard people say, “That’s the lowest thing I ever heard of”… “A mother who could write that doesn’t deserve to have a baby”… “It’s impossible. No one could do a thing like that.”

When I first saw the story, I started involuntarily to cast about for possible reasons. A man whose deeply loved wife had died in childbirth might write such a thing about the baby on whom he could blame the dearth, I thought. Or perhaps a desperate woman might take a chance on writing such words, though they would cut into her heart every day she lived, if she thought their cruelty might gain for the child a chance for the kind of life she felt she could not provide.

But it didn’t work. I could not believe that any father or mother could brand a child as so horrible unwanted. What hatred could be strong against a helpless baby the most appealing thing on earth? 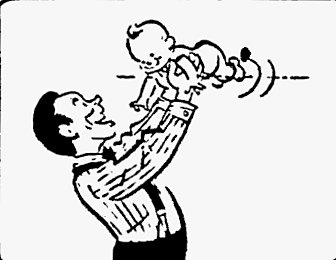 This sympathy for the very young and the very old, for the helpless and weak, is a national characteristic of ours for which we are scorned in many other countries these days. Anything “gemutlich,” which once meant kindly and therefore honorable, is today despised as soft and therefore unforgivable.

We believe in giving the vulnerable an extra chance against the rigors of life. That’s why we’re developed maternal health clinics and baby clinics and, at the other extreme, old-age pensions. That’s why we work toward a better program for the care of the helplessly crippled, of the insane, of the mentally deficient, to everyone handicapped in his fight for life. 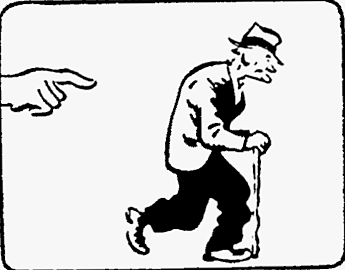 Such sympathy is regarded as extremely unworthy in many high places today. The young are considered valuable only as potential material for a rapacious war machine – a life beyond that does not seem to be envisioned. The old are an out-an-out liability. They cannot work and they consume valuable food, so they certainly must not be coddlede. The others – well, let them get along as best they may. The earthly powers that be certainly don’t have time to look after them, too.

Women, under such a regime, have a strictly functional role. They are to produce children. Legitimacy is no aim, the mere idea of love is to be laughed down, happiness is a delusion – but numbers of offspring are respected.

And over here it takes but one picture of a tiny baby her eyes tightly shut and her fists clenched, with an “I don’t love you” pinned to her cardboard home, to make us all furious. Makes us sorta look like sissies, doesn’t it?

Yes, it does, and I hope we stay that way. Somewhere, somehow, we conceived a respect for the dignity of human life. From somewhere among the stars we got the idea that kindness and consideration for those less fortunate than ourselves were virtues to be striven for, not weaknesses to be despised. That belief can still be the salvation of a world in which the mailed fist is trying to drive humanity back to the animal ferocity of a prehistoric age.