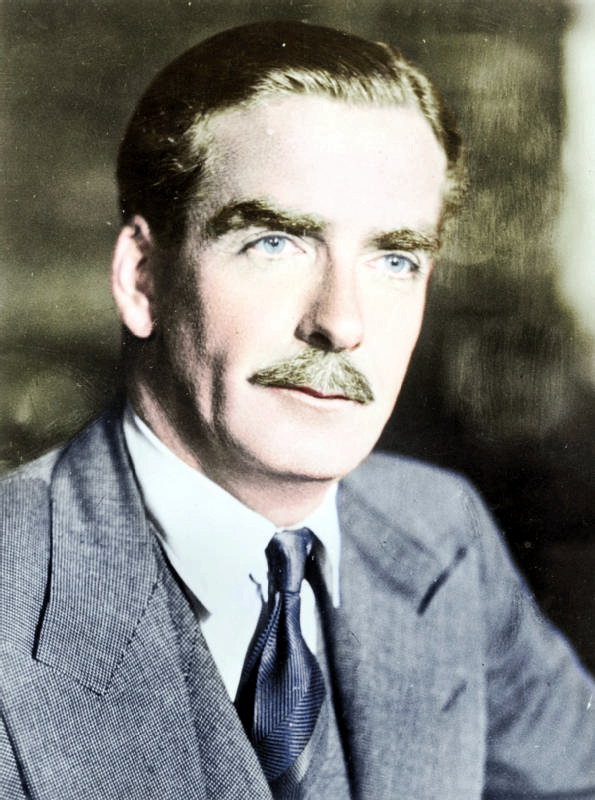 In the Battle of the Ports which has been raging during the past three weeks, Germany has made great strategic gains. The loss to us in equipment and in material has been heavy; but there is now another side to this picture. The bulk of the British Expeditionary Force has been saved; and quite apart from what the French have done for their own forces, we have been able to bring tens of thousands of our French Allies off with us from Dunkirk. Nor is the effort ended. Four days ago not one of us would have dared to hope that the isolated Allied Armies could have fought their way through the bottle-neck to the coast.

It is the spirit of the B.E.F. that has won through. These men have marched hundreds of miles; they have fought countless actions with an enemy that hemmed them in and pressed upon them from three sides. The German High Command proudly announced that they were surrounded. They have fought their way out. How have they achieved the seemingly impossible?

Man for man, the British troops have proved themselves superior to the Germans wherever they have met them. All accounts show that the B.E.F. took a toll of the enemy greatly in excess of that suffered by themselves. On at least two occasions—at Arras and on the Ypres-Comines Canal—the losses suffered by the German Army were enormous. So it is that at the last the German strategy was foiled, and that despite the surrender of the Belgian Army, our own troops and our French Allies with them have fought their way through.

Let me now state the sequence of events.

At the call of the King of the Belgians, the British Expeditionary Force advanced into Belgium, and took up its position on the River Dyle. The advance lasted several days. Through events it could not control, our Army had to come back in less than half that time. It did so with little confusion and with few losses. Seventy-five miles forward, a fight at the end of the advance, and seventy-five miles back, fighting all the way; all in the space of ten days. That was the first phase of the Battle of the Ports, and it was brilliantly executed. I have a report of one division which did not lose a single straggler on that 150-mile march.

And here is a quotation from an account of an eye-witness of our troops under fire: “No display of drill at Olympia could be smarter than the work of men of our Forces that I saw. The feeling of confidence was magnificent.”

And so the B.E.F. found itself back on the Scheldt with its strength in men and material almost intact. But meanwhile the German mechanized columns were pouring through the gap to the south, advancing across our lines of communication, biting ever deeper into our back areas. Desperate efforts were made to stem the tide. Units who had been sent to France to supply some of the much needed labour behind the lines were thrown into the fight and acquitted themselves splendidly. Others were sent to hold the Channel Ports in an effort to keep open communications with the British Expeditionary Force.

The story of the Battle for Boulogne has already been told. At Calais, a small Allied Force put up a magnificent resistance. In spite of repeated attacks by the enemy and of continuous air and artillery bombardment, the garrison held out for several days. A summons to surrender was rejected by the British Commander. His troops fought on, to the end. We now know, from certain information which we have received, that this gallant defence drew off powerful German mechanized forces which must otherwise have been free to attack the flank of the B.E.F., at that time dangerously exposed.

While these events were taking place near our own shores, the Expeditionary Force was fighting for its life in its retreat on Dunkirk. Mechanized forces already encircled its western flank, and the collapse of the Belgian Army left open a wide gap between its eastern flank and the sea. There was no time to be lost. Divisions were moved rapidly to hold the flanks and heavy fighting took place while the enemy tried desperately to cut off the Allied Armies from the only base which was left to them. Some troops marched thirty-five miles in twenty-four hours. British brigades on the flanks stood firm. Despite the enormously extended frontage they have now to defend (at one time the Expeditionary Force of nine divisions was holding a front of eighty miles) they held on, and they fought back. On the west, British troops defended the narrowing gap to the sea. Day after day the battle continued. At the end of it they had fought themselves to a standstill, but they held their ground, and by doing so they enabled the remainder of the Expeditionary Force to get clear.

On the east, Corps Artillery, coming into action against the enemy massing for attack, inflicted such heavy casualties that the attack never developed.

The stories of individual exploits at this time are legion: an anti-tank gunner who knocked out seven tanks; a subaltern who, after knocking out hostile tanks, swam a canal to bring back marked maps and other booty. But the triumph is not the triumph of individuals, however gallant; it is the triumph of an army. There is no braver epic in all our annals.

Here, then, is the story of the Battle of the Ports. From the moment of the collapse of the Belgian Army, there was only one course left to the Allied armies—to hold a line round Dunkirk, the only port that remained, and to embark as many men as possible before their rearguards were overwhelmed. Thanks to the magnificent and untiring co-operation of the Allied Navies and Air Forces, we have been able to embark and save more than four-fifths of that B.E.F. which the Germans claimed to have surrounded. The Army’s debt to the Royal Navy, to the Merchant Navy and to

the Royal Air Force can never be forgotten. We have been compelled to destroy much valuable material. We have suffered casualties. Once again, our Ally has to bear the invasion of the sacred soil of France. But the Germans, in spite of the huge losses which we know them to have suffered, have failed in their main object: to surround and annihilate the Allied Armies in the north.

The British Expeditionary Force still exists, not as a handful of fugitives, but as a body of seasoned veterans. We have had great losses in equipment. But our men have gained immeasurably in experience of warfare and in self-confidence. The vital weapon of any army is its spirit. Ours has been tried and tempered in the furnace. It has not been found wanting. It is this refusal to accept defeat, that is the guarantee of final victory.

Our duty in this country is plain. We must make good our losses and we must win this war. To do that we must profit by the lessons of this battle. Brave hearts alone cannot stand up against steel. We need more planes, more tanks, more guns. The people of this country must work as never before. We must show the same qualities, the same discipline, and the same self-sacrifice at home as the British Expeditionary Force have shown in the field.

The nation honours with proud reverence those who fell that their comrades might win through. The innumerable actions, the countless deeds of valour of the last week, cannot all be recorded now. Each will have its place in history. Soldiers, sailors, airmen, who gave their lives to help—theirs is an immortal memory. Their spirit must be our banner, their sacrifice our spur.

He seems a nice guy. I’m sure that when this war will be finished, he will promote peace, equality and transparency for the international relations…

Eden was actually an unsung hero of the war (spoilers!).

On a side note, even if Eden wasn’t Prime Minister, the Suez Crisis was bound to happen (though it would’ve been handled differently).

Oh ah, forgot about the Morgenthau Plan. If that had been fully implemented, it would have made the Holodomor look mild by comparison!

I have just discovered about this man. Thanks for the links, I’m mind-blown by the whole Morgenthau Plan, I had no idea of that! Can’t wait — five years! — for the day we get to those points.

On the other hand, is it me or the whole tone of this text is too optimistic? Feels like propaganda towards his own people, which while I understand it seems legit, it makes me curious, how much where the British really doing well?