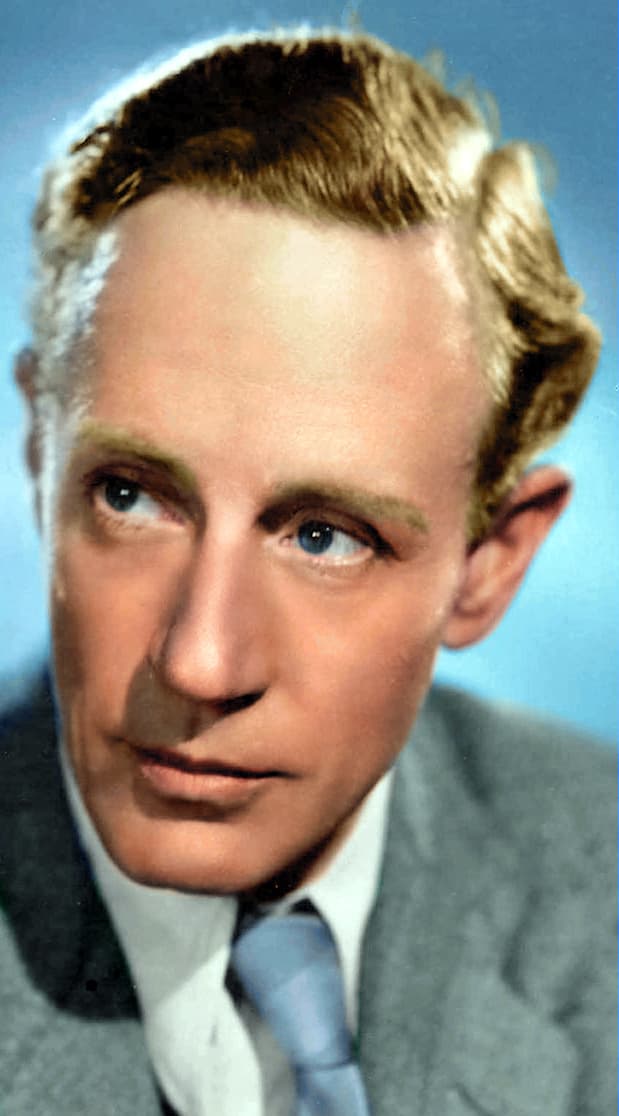 London, England (UP) –
A British Overseas Airways transport, which Lisbon dispatches said carried the famous actor Leslie Howard and 14 other persons, is missing on the regular flight from Portugal to London and has apparently been shot down by Nazi warplanes over the Bay of Biscay.

The big Douglas passenger plane, operated by the Dutch KLM Line and carrying three British children who had just arrived from America en route home, was “shot down,” according to the British press attaché in Lisbon, where little hope was held for survival of any of those aboard. The last wireless message from the plane reportedly said it was under attack.

Mrs. Howard was reported grief-stricken at her home. Dale Harris, son-in-law of the Howards, said that the family had heard nothing definite about the plane.

Leslie Howard was one of the great names of the contemporary American and British stage and of the motion picture. To the British public, he was often thought of as that “American actor,” though in fact, he was thoroughly British, so much so, indeed, that to the American public, he was always regarded as “that British actor.”

His fame as a producer and director of motion pictures was only a little less than as an actor. In addition, he was a distinguished satirist, particularly on subjects relating to the theater, and a playwright of skill.

One of his best-known parts was in The Petrified Forest, in which he played both when it was a play and a motion picture. He costarred with Humphrey Bogart.

His popularity with the American movie audience started in 1930 with his first movie, Outward Bound. After that, he devoted his talents principally to the movies, dividing his time between American and British companies whom he served in varied capacities. He maintained a country home in England but he spent the great part of his time in his Hollywood home.

He was firmly established on the British stage by 1920, but after that year, he made only one appearance on a London stage.

He went to work as a bank clerk after his graduation from Dulwich School, London, but found it dull. After he was invalided out of the British Army in 1918, he was unable to bring himself to enter the financial marts again and drifted into the theater.

For a while, he toured the British provinces in such pieces as Peg o’ My Heart and Charley’s Aunt. Then came London and a part in The Freaks. His star rose rapidly from then on.

In 1921, he appeared in New York for the first time in Just Suppose, followed by uncounted other plays.

Mr. Howard met his wife, then Ruth Martin, while serving in the last war. Three weeks after they met, Mr. Howard got an hour’s leave and they eloped.

Of his movie successes, some of the better-known were Never the Twain Shall Meet, Devotion, Smilin’ Through, The Woman in His House, Captured, Berkeley Square, The Lady Is Willing, Of Human Bondage, British Agent, The Scarlet Pimpernel, The Petrified Forest, Gone With the Wind, Pygmalion and Intermezzo.

Here he played the terminally ill designer of the Spitfire. A fantastic plane to fly with the magic Merlin inside.

The movie has all these excellent queueus like following up the ranting German loony scum proclaiming quick victory with a “Guiness is good for you/Billboard with clock”. And a very cool Churchill.

Also the wife of Mitchell is wearing victory rolls (Hairstyle ) when she gets the telephone to learn that the Spit is put in full production.

(training flight). I highly recommend, it is also the fastest way to lose some pounds ;-)!

London, England (UP) –
British ships and planes searched the Bay of Biscay and the Atlantic Ocean beyond today for trace of Leslie Howard, stage and screen actor, and 16 other persons who were aboard a British airliner shot down by German aircraft within two hours’ flying time of Britain Tuesday.

A spokesman for the British Overseas Airways Corporation, operators of the Douglas twin-engined airliner, said the 13 passengers, including at least three women and two children, and four crewmen would have a “fair chance” of survival if they were able to make a reasonably good landing in the water.

However, Lisbon reports said rough weather in the Bay of Biscay was hampering the search and presumably increasing the hardships of any survivors.

If the pilot was able and the plane was not shot to pieces, then I am sure the plane would remain afloat long enough for the crew members to launch dinghies.

The dinghies are inflatable by a simply apparatus and it seems reasonable that those not wounded or injured in landing could get into dinghies, but of course this all depends on whether the plane got down safely and that is what we do not know.

The last word received from the plane, on a regular flight from Lisbon to England, was that it was under attack by enemy planes. That was five hours after the plane had left Lisbon and the flight normally requires about seven hours.

The BOAC spokesman said that Royal Air Force pilots and crewmen forced down at sea have frequently survived four to five days in rubber dinghies identical to those with which the missing airliner was equipped. However, the RAF men were more warmly dressed and in better physical condition than the missing passengers.

The spokesman declined to comment on a Radio Berlin report that service between Lisbon and Britain has been suspended because of the attack, the first on a British airliner on this service since it was inaugurated.

There was some speculation that the Germans attacked the plane in the belief that Prime Minister Churchill was aboard. Spanish reports were that Mr. Churchill had arrived in Gibraltar last week from the United States and it was noted that the Gibraltar-Britain air route parallels that between Lisbon and England most of the way.

London, England (UP) – (June 5)
The German Transocean News Agency reported tonight that a Ju 88 of the Nazi Air Force shot down a Douglas transport en route from Lisbon to England June 1.

It was believed that the plane might be the BOAC transport plane in which Leslie Howard, the actor, and 12 other passengers were presumed lost after the aircraft reported at 11 a.m. June 1 that it was being attacked by an enemy aircraft.