Hetzer? It was extremely cost-effective, but came out a bit too late in the war to have the desires effect.

Don’t let the Chieftain catch you calling it a Hetzer! It’s a panzerjager 38-t, thank you very much.

But which was the most effective tank (or tank destroyer) to fight other tanks?

If you’re going to just pick two tanks up, drop them in a field somewhere and have them go at it World of Tanks style then I’d like a King Tiger please.

Don’t let the Chieftain catch you calling it a Hetzer! It’s a panzerjager 38-t, thank you very much.

I did it on purpose

The King Tiger was the first plastic model kit I ever built and I have been in love with it ever since. 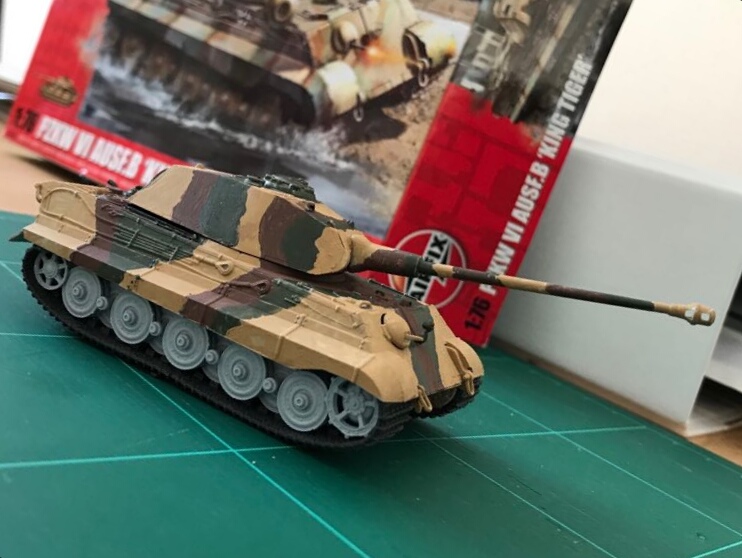 T34.
Reliable and cheap.
The Panther was superior on paper. During Kursk, most of the Panthers were disabled owed to mechanical problems.
Tanks that have mechanical problems are not good tanks.
It would have made far more sense to continue producing Panzer IV in far greater quantities.
At Kursk, the Whermacht could have fought with twice the number of tanks. Reliable tanks.
German production strategy was in fact hopeless.

From what I gather, this was mostly due to Hitler’s influence in the tank production, or were the other generals and tank commanders also requesting bigger tanks?

As far as I know these machines were developed upon request of the German high command. During Barbarossa, the Germans expected to encounter T26s and BTs and were surprised by the T34s and KVs.
Hitler stuck his nose on the development process which probably did not help.
The designers did not take into account the actual German industry capabilities, and underestimated logistics required to operate these machines.
Take a look at the Panther tracks interleaving wheels… and the T34. Far better, but much more complex to manufacture and maintain.

But we have here some tank experts who can provide more details.

The Panther at Kursk was a real rush job that was probably pressed into service before it was ready. Most (all?) ended up in a special unit attached to Grossdeutschland on the left of II SS Panzer corps. Their job was supposed to be to engage Soviet operational reserves of armor in a decisive tank battle following the breakthrough of the initial Soviet lines. In the event, most broke down rather quickly, with (IIRC) engine fires being a particular problem.

Some of the problems that plagued them at Kursk were eventually resolved but others were not. A lot of the tank’s problems can be traced to a decision to substantially uparmor the tank fairly late on in the development process. This put more strain on the engine and transmission than it was really designed to handle, and contributed to a lot of the Panther’s reliability problems.

Impressive as tanks like the German cats were, they weren’t really suited for Blitzkreig/Deep Battle/whatever buzzword we’d like to use to describe operational or strategic penetrations of an enemy’s lines. The same is also true of pretty much any other heavy tank fielded by any side, the Soviet KV/IS series being another really good example. The Soviets’ experience was that while an IS might be useful for an initial breakthrough, once through an enemy’s front lines, their slow speed, logistical footprint and mechanical unreliability made them much less useful than the on paper much inferior T-34.

The Allies never really fielded heavy tanks in any great numbers, but the Sherman was ideal for operation Cobra or 21st Army Group’s advance across Northern France and Belgium and the Germans never managed a significant penetration of enemy lines with anything heavier than a Mark IV.

Really, it wasn’t until post war main battle tanks came into service that it became possible to carry out maneuver warfare with something with thickish armor and a >75mm gun. Think T-54/55, Centurion or a debugged Patton.

Panthers and Tigers were extremely useful for use in “fire brigades” to counter local breakthroughs or in limited counteroffensives where they were operating over short distances close to a railhead and a repair depot. In such a scenario, their superior protection and firepower allowed them to overcome, to an extent, superior numbers. By producing tanks like that though, Germany is ultimately conceding defeat because it is impossible to achieve a decisive victory with something so short ranged and unreliable.

Potential History has a great video on this topic. Not that he is the end all be all expert on the topic, but he makes good points. Basically, it comes down to the question of what was the most effective tank and for what purpose? Sure the Sherman’s weren’t anything mindblowing, but they were easy to mass produce and effective for their infantry support role. Maybe the above mentioned Panther was the best all-around medium tank, but it was taxing to produce and didn’t have enough numbers to make a difference. You could even argue for the Italian Carro Armato since it did what the Italians wanted it to do. (it didn’t even do that, but you get my point) Potential History’s other tank videos and history videos are really good as well. History mixed in with humor to make it interesting. https://youtu.be/4cNGfHEhtng

Here’s what I reckon the ultimate WW2 tank should look like.

30 tons or thereabouts. Heavy enough to have a reasonable gun/armor package but light enough to not compromise mobility or reliability with the available powertrain technology
Moderate levels of armor, preferably sloped. Hopefully enough to defeat 50mm/6pdr size antitank guns or low-medium velocity 75mm class weapons
As big a gun as can be reasonably fitted without compromising the above. Probably some kind of highish velocity gun in the 75-85mm range
Easy to produce and repair
Well designed crew compartment with good visibility and ergonimics that allow the crew to fight reasonably efficiently

There are a number of tanks that come fairly close to this, but probably none that tick every box.

Panzer IV with the long 75mm
T-34/85
Sherman Easy 8
Bit of a late entry, but we could probably include Comet in this list too
This is also exactly the tank that the Panther was supposed to be before they slapped another 10 tonnes of armor onto it.

Isn’t this the sort of topic which should be done at the end of the series…?

Pick your criteria first. And don’t forget that what is good for one country’s requirements means little to another country. I opine a bit on this here. https://worldoftanks.com/en/news/chieftain/chieftains-hatch-devils-due/

Isn’t this the sort of topic which should be done at the end of the series…?

There may be spoilers.

I have a soft spot for Panzer VIII Maus 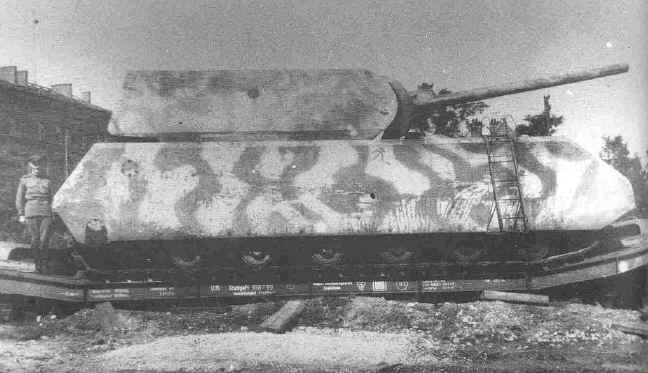 There is only one answer : The Sherman - it was designed so impeccably to increase efficiency, every part replaceable, the whole hull was built in regards to fitting into convoys every aspect of the Sherman was over engineered to be simplistic. It had an automatic drive train…

the problem with the panther is that he got a lot reliability problem and I would chose the T-34 or the sherman because they can be easily produced and the Sherman isn’t as bad as pop history make him to be http://www.theshermantank.com/tag/myths/

I can hear the transmission crying