BdU-German U-Boat Command and Admiral Doenitz were intending to continue U-Boat offensive with whatever long range submarines left in autumn of 1941. However now things were much harder for them since British Admiralty reading German Naval Enigma messages , learned that two Type IX long range U-boats sailed in last week of September to these waters and they would replenish their saupplies en rouyte from German U-Boat supply shi Kota Pinang which also sailed from Bordeux at the end of September. 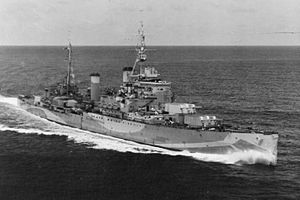 Next victim of British Amiralty’s “cleaning” operations of German supply vessels was famous German merchant raider auxiliary cruiser Atlantis which sunk 22 Allied merchant ships over 145.000 tons in high seas since 1939. (she was the most successful of her class) Atlantis was serving as a U-Boat supply ship since 1941 summer and after destruction of Kota Pinang , BdU directed all four long range U-boat in dire need of suppy at South Atlantic to her. As a result , BdU painted a perfect bulls eye on Atlantis. With aid of British Admiralty’s decryption of German naval Enigma messages , Royal Navy decided this troublesome raider once and for all. British heavy cruisers HMS Devonshire , HMS Dorsetshire and HMS Dunedin all sailed independently to intercept Atlantis and another German U-Boat supply vessel (last one) Python , in first week of November.

On 22 November 1941 , Atlantis met with homebound German submarine returning to France to replenish supplies of U-boat. While captain of U-126 and his senior officers were aboard Atlantis for a breakfast (captain of U-126 was actually taking a bath aboard Atlantis before that) , Royal Navy 8 inc heavy cruiser HMS Devonshire appeared on the horizon (her catapult scout plane actually pinpointed location of Atlantis a few hours ago) and opened fire. U-126 quickly cast off from Atlantis and crash dived but there was no hope for Atlantis. Under shellfire from 8 inc guns HMS Devonshire , Atlantis was wrecked and sunk. Most of her 350 man crew was picked up by U-126. Aware that there is a U-Boat in the area HMS Devonshire quickly left off after making sure Atlantis was destroyed. 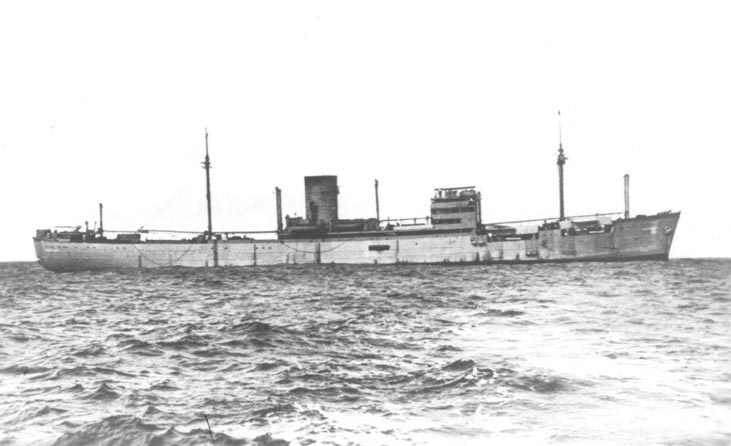 U-124 then transferred survivors of Atlantis to another (and last) U-Boat supply ship Python on 24th November but reporting these events to BdU command in Kerneval France , Germans unknowingly also revealed the location of Python to British Admiralty thanks to Enigma decrypts. British Admiralty quickly set up another trap.

Loss of all remaining supply vessels and chain was a terrible shock to German Navy. Donitz and BdU reluctantly had to abandon all patrols off South Atlantic and off South Africa from now on till 1942 spring when “Milk Cow” type supply submarines became operational.