The Battle of Milne Bay (25 August – 7 September 1942), also known as Operation RE or the Battle of Rabi (ラビの戦い) by the Japanese
Wikipedia citation

Often overlooked by historians partly because there is a lot going on at that time - Guadalcanal and Kokoda and the action was mainly conducted by Australians. Therefore not of much interest to the US who were rightly much more worried about the situation on Guadalcanal.

But the significance of this, the first defeat of Japanese ground forces (the army) in WW2; should not be underestimated for two reasons.

Or for the Japanese Townsville, Cairns and not to mention direct attacks upon Port Moresby. (No dangerous flying over mountains) 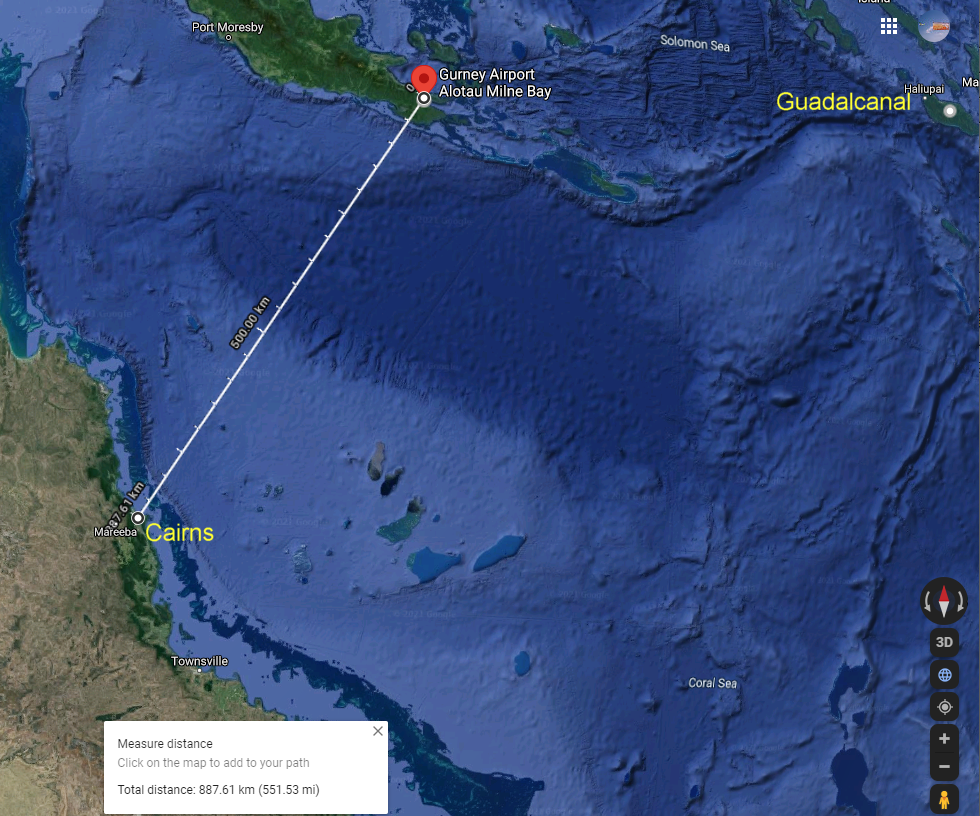 Even Japanese operations to Guadalcanal - how would that affected the result of the Guadalcanal campaign if US shipping to and from Australia were harried by Japanese Aircraft from Milne Bay? 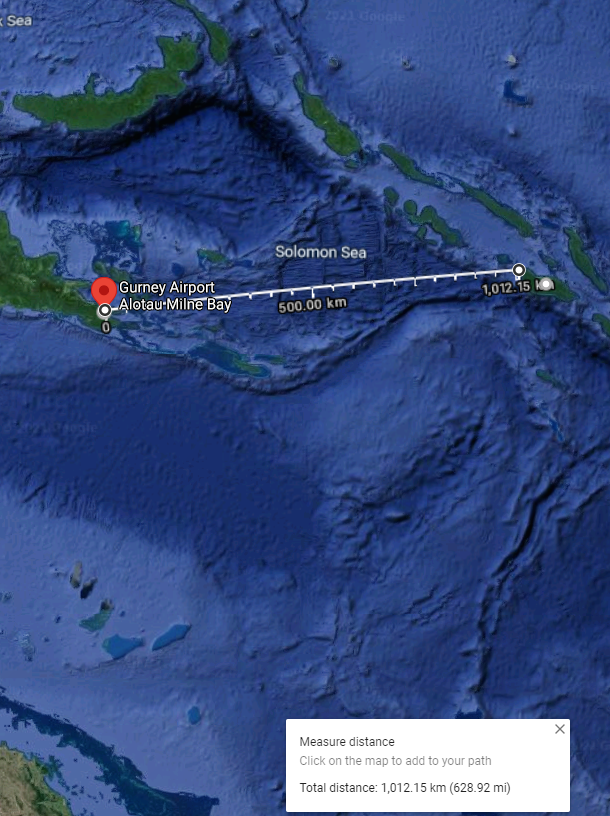 Whoever holds Milne Bay controls air power over the Bismarck Sea.
And as the Australians did, can shoot up nearly all shipping; thereby starving the enemy troops by severely restricting resupply.

If Milne Bay was lost to the Allies our Beauforts, Beaufighters and American Mitchels (Who joined soon after) would have had to operate from Moresby - to attack even Buna Allied aircraft would have further to travel costal and would have to run the gauntlet of Japanese fighters which now be over and around Milne Bay.
Attacks on Lae and Rabaul would be range challenged, Wewak would be out of range. Certainly the Allied fighters (Mainly P40’s) would not have the range to support the Allied medium bombers.
That is if there was any Allied aircraft remaining in New Guiney as losses to Japanese Bettys operating from Milne Bay would have forced the survivors to withdraw to Townsville.

Many Allied aircraft having departed from Port Moresby in the morning (for operations around Lae etc) often discovered the return route over the Owen Stanleys blocked in the afternoon because of the buildup of weather. These Allied aircraft often were very grateful that Milne Bay was available to them to land and refuel.
The holding of Milne Bay saved the loss of a tremendous number of Allied Aircraft which could fight another day.

The Battle for Milne Bay was a close run thing, Aircraft taking off reported weaving on their takeoff runs whilst firing their machine guns whilst still in the ground roll before taking off; because the Japanese were on the far end of the airfield. “To get their heads down” unquote
At one stage the aircraft took off and swung around, bombing and strafing Japanese positions around the airfield.

Holding Milne Bay allowed Allied Aircraft to go on the offensive, especially against the Japanese supply ships attempting to supply their troops fighting on the Kokoda Track. This led to their ultimate defeat and cleared the way for the island hopping campaign to begin.

Very good points and indeed mostly ignored. The first time I heard about it was ontheven old Aces of the Pacific game. Somewhere in the 1990s.

Here is a very good Sydney lunch talk about the Bismarck which is in the South Pacific. The numbers of troops and ships are smaller but these battles were crucial and passed the initiative to the Allies 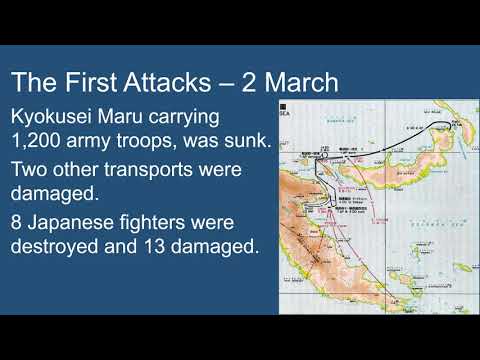 Thanks Chewy
I Very much enjoyed that lecture 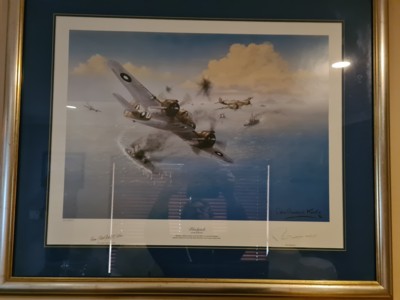 At the end of the Newsreel, Brian Walker - the CO of 30 Squadron RAAF can be seen doing his PR bit for the war effort.
My picture is signed by Sqn Leader Walker 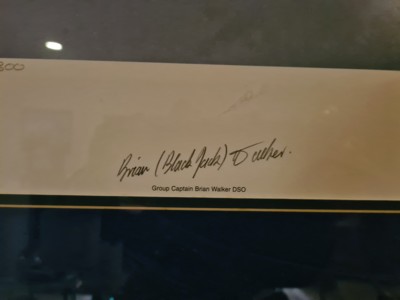 Interestingly he still included his callsign into his signature right up to the end of his life.

In one of the books referenced in the original post - there is an interesting antidote relating to CO Walker. Some months after the emergency had passed CO Walker was to fly a Beaufighter to Townsville and move on to other duties after some R&R, by this time the bureaucrats had arrived and the adjutant pursued CO Walker after he had started up his Beaufighter, because CO Walker had failed to fill out one of the adjutant’s forms. The official report says that CO Walker departed regardless of the adjutants requests. The unofficial version says that “Black Jack” gunned the Beaufighter swung the tail around, blowing the adjutant and his forms Away!
In times of crisis no-nonsense characters are required and carry the day - I guess that was the type of cove “Black Jack” was.

Another interesting outcome of these actions by the Australian Beaufighters was this was the begin of interdiction tactics or the modern version of a strike. The Beaufighter could be said to be the first “Strike” aircraft - or it was as the Australians used it in New Guinea, Burma and out of Scotland against the Germans in Norway.
When fitted with the early rockets it was devastating - equal to the broadside from a cruiser, but much faster than a ship.

Lastly from this battle - the Americans watching the “Fun” the RAAF was having with its Beaufighters wanted to join in the fun. They added 4 front firing 50 cal machine guns to their Mitchell’s in the field in New Guinea; so the could join in. This proved so effective (copping the Australians attack techniques) that all latter American Mitchells had the side pods fitted 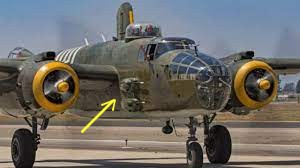 Hi Gary, many thanks for the impressive info.

Here is another vid on the most underrated plane of WW2. Fast forward to see it. Greg is really good, uses original sources and knows how real planes fly. He also has a series on the P-47 which rewrites the US Army Air Force history. 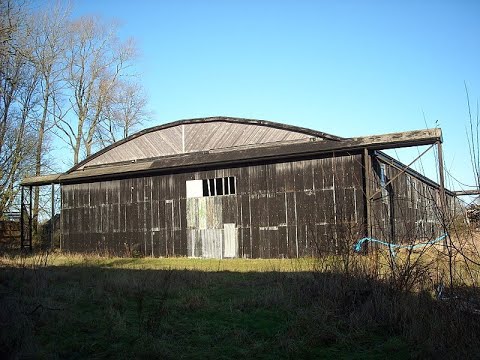 Thanks again Chewy
I have also been enjoying Ed Nash’s channel; he covers many forgotten types which most punters would not even know the manufacturer, let alone the odd types Ed Covers.
Ed Nash Military Matters

Many years ago, I would have said the Mosquito was the best aircraft Australia used during WW2
For me now the Mosquito shine has dulled a bit - don’t get me wrong it’s a truly great aircraft
But as I researched how great the Beaufighter was in Australian Hands
a picture similar to the Spitfire vs the Hurricane in the Battle of Britain emerges - where by the latter exploits of the Spitfire overshadows the real efforts of the Hurricane during the actual Battle of Britain.
The Mosquito was too late to Australian service - missing the critical Milne Bay battle and the running amuck which the Beaufighters carried out after.
Then there is the trouble De Havilland Australia had building Mosquitos
I have heard stories that during the glueing of the wings, the union would call smoko and everybody would have to down tools straight away, even if a whole sheet of ply had had glue applied and really needed to be set in place before the glue spoiled. Nope straight away.
According to Stewart Wilson When the english from De Havilland came to Australia to investigate the production problems - they sent word back to England to send a bunch of completed wings down under to catch things up.
Then there is the issue with the early glue they used, having trouble in service in the tropics.
Meanwhile the good old Beaufighter was happily blasting every sanpan that moved around New Guinea - having sunk all the bigger boats.
So yes Greg is right on the money and I highly recommend Beaufort, Beaufighter and Mosquito in Australian Service by Stewart Wilson ISBN 0958797846 - great read.

Here is another of my favorite underrated aircraft - Whirlwind

for the tip and I agree, Greg has a ton of manuals on his Patreon as well including the Beaufighter. They don’t get the fame of the P-51 or the spit. May be because there are a lot more left of the former and as a single engine fighter they are interesting for the private market.

This topic makes me want to go down under again.

Interesting. Might use this for my “America at war!” thread soon.

The boys are fighting today