Army and Navy chieftains may speak from posts in Africa and Pacific; Willkie addresses rally
By Si Steinhauser

Uncle Sam’s publications are in many colors and languages
By Charles T. Lucey, Scripps-Howard staff writer

Editorial: We gamble in Spain

The revelation that the United States is sending to fascist Spain large amounts of oil, chemicals, food and other products vitally needed in this country and on our fighting fronts, will shock many Americans.

U.S. Ambassador Hayes, in Barcelona, went so far as to say this had boosted Spanish petroleum supplies:

…considerably higher than the present per capita distribution to the people of the Atlantic Seaboard of the United States itself.

What possible justification can there be for such an American policy?

Isn’t Dictator Franco a puppet of Dictator Hitler, to whom he is largely indebted for his position? Isn’t Franco an advocate of Axis victory and an enemy of democracy? Didn’t Franco’s agents head up the dangerous Axis subversive movements in Latin America? Has not Franco placed his best fascist troops in Spanish Morocco, where they can stab in the back the American Expeditionary Force, if he decides he can win?

The answer seems to be, yes. But that is the point. It is because Franco is in such a strategic position at the moment that the Allies cannot afford to ignore him.

Ambassador Hayes describes this as a “good neighbor policy” toward Spain:

…so long as the war lasts and is kept away from Spanish lands.

Whatever may be the polite diplomatic term, the essence is perilously close to American payment of blackmail to an enemy.

As bad as this is, we can think of lots worse. That sudden stab at the AEF for instance.

So probably the best we can do, in the circumstances, is to hold our nose and get on with this smelly business. We didn’t expect war to be nice and if this is part of the price of victory, we had better save our shudders for casualty lists and things that hurt us more.

It is important, however, that we not kid ourselves. Even if military expedience forces us to play with a blackmailer, we would be fools to trust him. That could be very costly to our troops in Africa.

Let us not forget for a moment that Franco has Spain, as well as Spanish Morocco and the strategic Balearic Islands, honeycombed with Hitler “tourists” and “specialists” – and that large Nazi forces are on the Spanish-French frontier. Let us be sure that all these American oil, chemical and food supplies are not used against us.

Assuming that this policy is necessary and worth the gamble, assuming that it buys us essential time, the test is still how we use that time. Axis Spain will remain the chief danger to our African and coming South European campaigns until we are strong enough to isolate Franco from his partners, Mussolini and Hitler.

Names of wounded added to Army report; kin advised
By the United Press

Helicopter use by Army likely

Helicopter use by Army likely

Mash song playin in my head😂 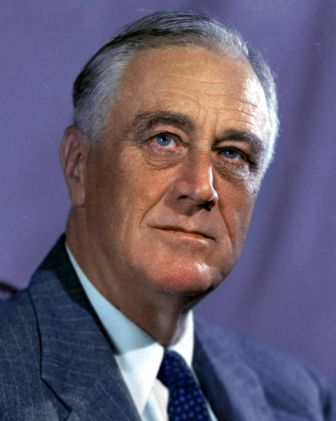 Just a few weeks ago I was privileged to visit a part of the North African theater of war, and to see and talk with our soldiers and sailors who man that front. Among these men in North Africa are the sons and brothers and husbands and friends of many of you who are listening at this moment. I wish it were somehow possible to share my experience with you, because I know what it would mean to you to have the chance to clasp the hand of some relative or friend thousands of miles from home, and to wish him well.

There is one way for you, however, to reach this hand of love and friendship across the ocean. For wherever our fighting men are – all over the world – the American Red Cross is by their side, extending always the arm of helpfulness and comfort.

At home, we have grown accustomed to the role of the Red Cross in every national emergency, in every local catastrophe – a generous friend to those overtaken by tragedy. Even our enemies know about the American Red Cross, because it has never let international boundaries act as the limits of its mercy.

The American Red Cross begins today the greatest single crusade of mercy in all history. It is undertaking a task unprecedented- because this war is unprecedented. We undertake this greatest of all Red Cross crusades in the name of mercy – now that we are engaged in a war to decide whether all our concepts of mercy and human decency are strong enough to survive.

In the Axis nations, mercy and decency are regarded as synonyms for weakness and decadence.

In our land it is from our great tradition of mercy that we take part of our strength.

Each one of you who has a friend or relative in uniform will measure the significance of this crusade in your own heart. You – at your house today – know better than anyone else what it means to be sure that the Red Cross stands at the side of our soldiers or sailors or marines wherever they may be. All of us one hundred and thirty millions – know how indispensable to victory is the work of this great agency which goes on every minute of every day – everywhere on earth where it is needed.

By proclamation, I have designated the month of March as Red Cross Month. To make sure that every American boy on every fighting front has everything he needs which the Red Cross can supply, it will require at least one hundred and twenty-five million dollars.

That is all that we need to know – we will not fail.

Washington (UP) –
U.S. planes in unremitting smashes at enemy bases in the Solomons have blasted a Japanese cargo ship to the bottom and started numerous large fires on enemy airfields, the Navy reported today.

Three bombing forays against enemy bases were reported in the last 48 hours.

On Feb. 27 and 28, the Navy’s communiqué disclosed, U.S. airmen at the upper end of the Pacific battleline again blasted heavily at Japanese bases in the Aleutians, noting hits in the Campe area on Kiska Island in the second attack.

The cargo ship sunk in the Solomons exploded after being hit, indicating that it may have been carrying ammunition, the Navy said.

I DARE SAY —
A new kind of war

Madame Chiang near collapse at reception