Belief that vast resources are being marshalled behind them boosts soldiers’ endurance, he asserts

Orderly evacuation saves all but four on Coolidge

On patrol, some of Col. Raff’s men, who ever since the opening days of the Tunisian campaign have been operating as ground troops, sneaked up on a railroad station to find it full of sleeping Italians.

The next night, a platoon of the paratroops returned to raid the station. They killed or wounded all the Italians but 21, whom they took back prisoners.

Washington –
The condition of Maj. Cornelius Vanderbilt, 44, publicist and author who was admitted to Walter Reed Hospital Dec. 8, is now good, his friends said today. Maj. Vanderbilt was reported suffering from a heart ailment.

Lou Gehrig to be name of new Liberty ship

By the United Press 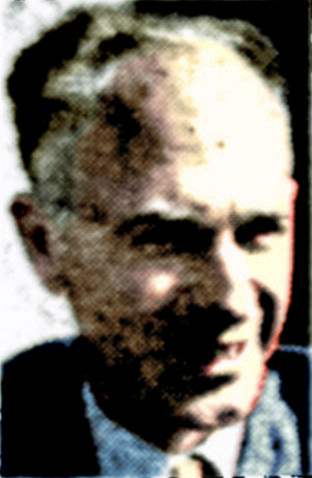 With U.S. forces in Algeria –
During the first part of our England-Africa convoy trip, with the weather still cold, most people stuck to their cabins, with only a short curiosity foray on deck every couple of hours to see if they were missing anything.

Personally, I stayed in bed with my cold most of the first five days, and caught up a little on my reading. I read Delilah by Marcus Goodrich – the story of a destroyer, A Passage to India by E. M. Forster, Brave New World by Aldous Huxley and an Oxford University booklet on North Africa, which I’d bought in London (I’m one of those guys who always knows where they’re going).

A couple in our party had bought French instruction books. Three of the boys already spoke good French. So far, the first few days, we’d have communal French lessons. But the ones who could speak French were bored with it, and the ones who couldn’t soon got discouraged, so our French classes petered out.

Then we took to card playing. Since gin rummy is the only game I know how to play outside of solitaire, that’s what we played mostly. We played for a tenth of a cent a game, so about the most you could ever lose was 30¢.

The sea was fairly rough the first couple of days, and there was considerable seasickness, especially below, among the troops. But they handled themselves well, and the holds didn’t get into the frightful condition they do on some voyages.

After a while, the sea calmed, and it was in the main a happy voyage. The soldiers were routed out at 6:30 a.m., and at 10 every day they had to attend muster and have boat drill for an hour.

Outside of that, they had little to do, and passed the time just standing around on deck, or lying down below reading, or playing cards. There wasn’t any saluting on board during the whole trip. Lots of the soldiers started growing beards.

The trip had no sooner started than rehearsals for an enlisted men’s variety show began. I believe you could take any 1,000 soldiers in our Army, and out of them create a good orchestra. From our troops they dug up an accordionist, saxophonist, trumpeter, violinist, two banjo players, a dancer, a tenor, a cowboy singer and several pianists – all professionals.

They rehearsed every afternoon. The big night came a couple of nights before we got to Gibraltar. They put on two shows that night, for the enlisted men only. It was a burlesque, and I mean burlesque. Word got around, and the officers and nurses wanted to see it.

So, the night we were approaching Gibraltar, they put it on again. They cleaned it up some, by the colonel’s request, but it still sparkled.

The show went over terrifically. There was genuine talent in it, and serious music, as well as the whiz-bang stuff. But the hero of the evening was a hairy corporal – Joe Comita of Brooklyn – who did a striptease burlesque of Gypsy Rose Lee.

Colonel gets kiss on bald spot

His movements were pure genius. Gypsy herself couldn’t have been more sensuous. Joe twirled and stripped, twirled and stripped. And then when he was down to his long heavy G.I. underwear, he swung to the front of the stage, lifted his veil, and kissed a front-row colonel on top of his bald head!

The whole show was marvelously good. But there was something more to it than just that. There was the knowledge, deep in everybody’s mind, that this was our night of danger.

The radio had just brought word that Germany’s entire U-boat pack was concentrated in the approaches to Gibraltar. More than 50 submarines were said to be waiting for us. I doubt there was a soul on board who expected the night to pass without an attack.

It was a perfect night for romance or for death. The air was warm and the moon put its brilliant sheen across the water. The night by its very gentleness seemed in evil collusion with the plague that lay beneath the waters.

And in that environment the boys from down below went buoyantly through their performances. We sat with life preservers on and water canteens at our belts. We laughed and cheered against a background of semi-conscious listening for other sounds.

As the show ended, a major whom I did not know turned to me and said:

That’s wonderful, those boys doing that when they’re being taken to war like galley slaves down there in the hold. When you think of people at home squawking their heads off because they can only have 20 gallons of gasoline, it makes my blood boil.

New York –
In common, I am sure, with many other Americans, I would like to know why Charlie Chaplin has been allowed to stay in the United States about 40 years without becoming a citizen and whether, in view of his decided partiality to communism, which is hostile to our government, as Mr. Biddle, the Attorney General, said last spring, he can be deported to his native England and, if so, why he isn’t.

The welcome on the doormat has been scuffed away by Chaplin’s low-comedy shoes and, after years of sly pretending, when an open profession of his political faith would have hurt his business, now that he has all the money he needs and has lost his way with the public, he has frankly allied himself with the pro-communist actors and writers of the theater and the movies, who call themselves artists, but who are mostly hams and hacks.

Chaplin recently described himself as a citizen of the world and said that, having paid $10 million in taxes here, he considered himself to be a paying guest. Citizen of the world he may be, but he certainly is no American, which may be why he regards this country as a hotel and, judging by his conduct, a free and easy joint at that. However, the USA is not a tavern, and the taxes Chaplin paid were his share of the cost of the last war, and of the cost of other benefits received in the only land on earth where his career was possible.

Chaplin lately has said that he was pro-communist, which means only that he is anti-American, and my authority here is President Roosevelt’s remark when he had to call on American soldiers to disperse communist rioters who were mobbing American workers trying to build planes which nowadays are defending Chaplin’s life and easing enemy pressure on that Russia whose system he so much admires.

The President said the trouble was not a labor dispute, but a form of alien sabotage directed by communist forces interested in the defeat and overthrow of the United States.

Since then, however, under cover of the military situation which has made the United States and Russia allies in the war, communists in this country have been worming their way back into the American government, and more boldly day by day have been sounding the cry that to resist them and such as Chaplin, who sang low on communism as long as there was more money to be made out of the people whom he considers to be his mercenary hosts, is to disrupt unity, impede the war effort and serve Hitler.

The contention is boldly put forward that to remain American and resent and resist communism as a hostile, alien force is un-American conduct.

Miss Jeanette MacDonald, the actress and singer, called Chaplin’s number back in October in an exchange of correspondence when a pro-communist ham asked her to lend her name to the list of sponsors for a meeting at which Chaplin was to be the honorary chairman.

The list included a number of well-known Reds and “pinks,” including a Washington political commentator who writes under an alias, and the writer of the letter said Chaplin and Orson Welles, another of those ballyhoo reputations, with a tendency to roguishness, would join him in this plea to her.

The purpose was to holler up the communist demand for a second front to help Russia, not the United States, and the general auspices were the very same that had called this a war of British and American imperialism until Hitler struck Russia and had helped Hitler by treachery in the French Army and factories and tried to prevent the militarization of this country during precious months of time.

In reply, Miss MacDonald wrote that she thought actors and writers were no more competent to judge the wisdom of a second front than Gen. Eisenhower was to conduct a symphony, and said her husband, Capt. Gene Raymond, was on active duty in Britain and had lately participated in air raids on Dieppe and Rouen, and, she believed, in the raid on Lille.

I have not given up the hope that he [Chaplin] will find it in his heart to go to England or even Russia, where he could bring great joy to soldiers returning half-crazed and exhausted.

On what she based that hope she did not say, and she might have been needling.

As to Orson Welles, Miss MacDonald hoped he would find it in his conscience to fight overseas. She said:

There he can actively participate in the great second front he so patriotically advocates.

The communists will try to crucify Miss MacDonald for that through their guilds and conspiracies and their communist reviewers who smear the work of any actor or writer who has the courage and patriotism to call them all what they are.

WPA tells what the nation got for $15 billion

Astronomical figures cited to prove worth of relief work

Company may take fight to court

This topic was automatically closed after reaching the maximum limit of 10000 replies. Continue discussion at America at war! (1941– ) (Part 2).