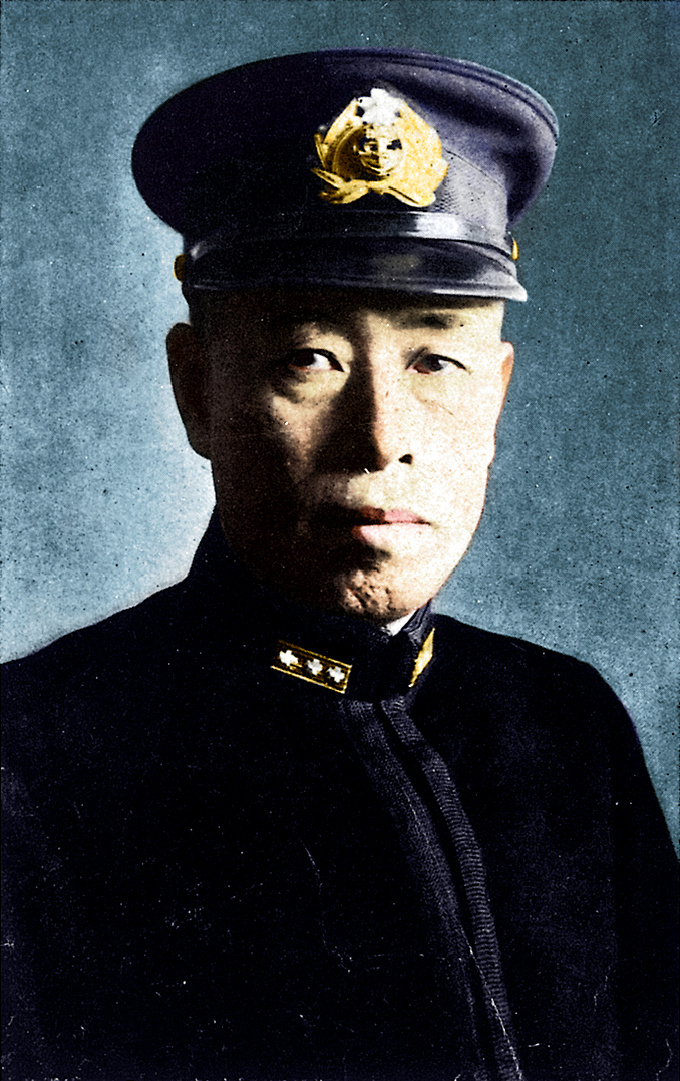 Adm. Isoroku Yamamoto, who boasted that he would dictate peace terms in the White House, died in aerial combat, Radio Tokyo disclosed today in broadcasts suggesting that the foremost Jap naval commander was killed, possibly by Americans, while directing a South Pacific battle.

Washington (UP) –
President Roosevelt was informed at his press conference today about the death of Adm. Isoroku Yamamoto, the Jap naval leader who had promised to write the final terms of American surrender in the White House.

The broadcasts did not fix specifically how the 59-year-old commander-in-chief of Japan’s fleet was killed except that it was on a “foremost front” and that Yamamoto, a flier, had gone up to lead the fight himself.

A Tokyo report heard in Chungking fixed the approximate place and said that the time was mid-April. The South Pacific might mean anywhere along the broad front where U.S. fliers, with the aid of Australians, are holding Allied outposts.

One of Japan’s top air leaders, Yamamoto was chief of the Jap fleet from which the fliers embarked to pull the sneak attack on Pearl Harbor that sent Japan and the United States into war.

Jap Navy Minister Adm. Shigetarō Shimada, in a statement reported by a Dōmei (Jap) News Agency dispatch, said Yamamoto’s service would be “remembered forever by every Japanese,” and that his death would not shake the fleet but would “redouble determination to crush the enemy.”

Yamamoto was “personally directing the operations in an airplane which engaged the enemy” at the time of his death, a broadcast said.

…died a hero’s death in battle aboard an aircraft carrier in April while directing operations from a foremost line.

The dispatch was broadcast by Berlin radio.

Long high in Jap naval circles, Yamamoto made his peace terms boast almost a year before the Dec. 7, 1941 attack on Pearl Harbor. The boast was revealed by Dōmei (Jap) News Agency in a Tokyo broadcast 10 days after Pearl Harbor. The same broadcast credited Yamamoto with carrying out “the strategy of surprise” at Pearl Harbor.

I am looking forward to dictating peace to the United States in the White House at Washington.

The announcement of his death was brief. Tokyo said:

Adm. Isoroku Yamamoto, Commander-in-Chief of the Japanese Combined Fleet, is dead. This was announced in a communiqué issued at 3 p.m. (Tokyo Time) this Friday afternoon by the Imperial Headquarters.

The broadcast then described it as:

…a gallant death on the foremost front in April of this year while he was personally directing the operations in an airplane which engaged the enemy.

The FCC said that the Tokyo announcer choked, as if weeping, when he read the death notice and that he had to break off. The radio filled in with a wrestling match broadcast.

The Berlin broadcast said Emperor Hirohito made Yamamoto a marshal in posthumous promotion and that the funeral would be observed as a day of national mourning. The date of the funeral was not given.

Koga, a member of the Jap Navy General Staff and former commander of the Jap fleet units in Chinese waters, is already in command of the Combined Fleet, the FCC recording said.

Yamamoto, who lost several fingers in the Russo-Japanese War in 1905, was an expert flier. He was a small, vigorous man and formerly headed the Jap Navy’s Aviation Division.

His letter reported by Dōmei said he would not be content with capturing Guam, the Philippines and with plans to occupy “Hawaii and San Francisco,” in case of war with the United States. He wanted, he said, to go back to Washington where he was once a naval attaché and dictate terms from the President’s residence.

Yamamoto was a delegate to the London Naval Conferences of 1930 and 1934 where he argued that Japan should be allowed a bigger navy.

That conference broke up amid the wreckage of the 5:5:3 limitation on the ratio of British, U.S. and Jap shipbuilding – a wreckage Yamamoto helped to create.

Before that, he had had an opportunity to study America during residence as Washington naval attaché shortly after World War I and again from 1925 to 1927. But as late as 1938, he promised, as Jap Navy Vice Minister, that Japan “will not engage in a building race” and “has never contemplated building a navy for the purpose of crossing the ocean to engage in conflict.”

He became Commander-in-Chief of the Japanese Combined Fleet and of the Japanese Navy’s 1st Fleet on August 30, 1939. At that time, dispatches from Tokyo noted that he was credited with doing most of the work in building up the country’s air arm.

Thus, he took part in all of the planning that went into Japan’s war strategy and was the chief of the Navy that drove to such far-flung outposts as New Guinea and Timor in the Southwest Pacific and to Attu in the Aleutians.

Yamamoto was born April 4, 1884, in Nagaoka City, the sixth son of Takano Teikichi. He graduated from the Japanese Military Academy at 20, taking part in the Russo-Japanese War the next year and being wounded at the Battle of Tsushima on May 28, 1905.

His rise in the Japanese Navy after 1920 was rapid. Part of his work was along technical lines in ships and aircraft. In 1936, he became Vice Minister of the Navy and Chief of Aviation in May 1938.

A Tokyo broadcast recorded by the FCC on April 7 last said he was a “great poker player” and talked about how he had “called the bluff” of Great Britain and United States. The date of that broadcast gave rise to speculation that he was killed sometime after that.

Yamamoto’s death came during a month when the Japs were strengthening their air forces, particularly in the Southwest Pacific, and throwing increasingly heavy raids at Allied outposts.

In April, the Japs talked of a new and great offensive to knock out the Allies – an offensive that so far has failed to develop. None of the Allied announcements of Pacific action during April mentioned a Jap aircraft carrier. Some may have been used to base Navy planes which Tokyo radio said attacked various Allied bases.

The Japs lost heavily both in the South and Southwest Pacific during April, as many as 37 of 98 planes being shot down in an engagement April 7 off Guadalcanal. There was nothing to indicate which of the many engagements cost Yamamoto his life.

The following closeup of the late Adm. Isoroku Yamamoto was written by the manager of the former United Press Bureau in Tokyo who was interned by the Japs at the start of the war. He returned to the United States in the exchange of diplomats and newspapermen.

New York –
Adm. Isoroku Yamamoto was probably the greatest military and naval strategist Japan ever had, and his death is a blow to Japan comparable to what the loss of Gen. Douglas MacArthur would be to the United States.

Outside of Premier Tōjō, Yamamoto was the best known and most popular of Japan’s war leaders. He was a poker player, a heavy drinker and a hard-hitting fighting man, a man who would go personally into air combat anytime.

There is no question but what he got close to Pearl Harbor during the sneak attack of Dec. 7. How close no one knows for sure, but the report he sent back is known. It was couched in poker lingo and it read:

America had a full house but we had a royal flush.

His death – and I suspect it may have been harikari – may well explain what happened to that long-expected all-out Jap offensive in the Pacific. He was the brains of any Jap offensive.

Yamamoto frequently said that he would take his own life by harikari rather than lose any Jap territory. He repeated that in a statement when Gen. MacArthur came out of the Philippines – a hero in defeat.

Regardless of how he died, Yamamoto’s death would force a new man to take over the projected offensive and that would cause delay. The offensive hasn’t started and meanwhile the United States has had a chance to get underway in the Aleutians.

Thus, Yamamoto’s death may have a very strange bearing on what happens next in the Pacific.

In June 1942, when the Japs moved toward Midway and the Aleutians. Yamamoto took the defeat of Midway very hard. He talked very little about the whole operations. When he did, he referred to the Aleutians as the main scene. There was the gain. But Midway he termed a diversion. There was the defeat.

At the end he said the Aleutians had to be covered “because they are the pathway to Washington.”

About two years ago, I had a long talk with Yamamoto about the comparative morale of the U.S. and Jap Navies. Our Navy, he told me, was a “social navy of bridge players and golf players – a peacetime navy.” The Japanese, he said were so high in morale they would take their own lives rather than live in disgrace after defeat.

After Pearl Harbor, the Jap newspapers carried dispatches about how Yamamoto, out with a fleet unit, would toss his empty liquor and beer bottles into the water after sinking an American ship. It was his peculiar way of paying tribute to the dead sailors.

His successor, Mineichi Koga, is a very different man, more in the old Samurai tradition, the frugal warrior class. But he is also an able strategist.

It looks like they did not suspect that the US had targeted him. This secret was kept very well. I wonder when and how they reacted when they learned he was specifically targeted for death.

I suspect they did not find out till well after the war. Codebreaking methods stayed classified until at least the 1970’s 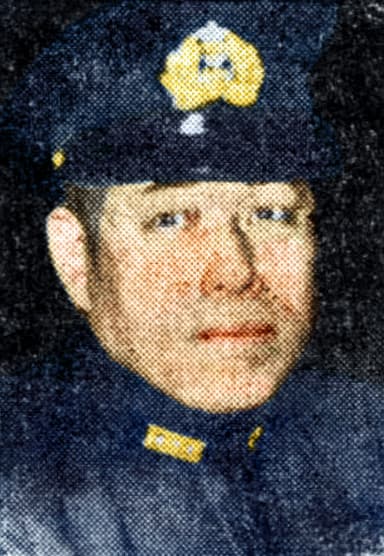 The FCC said that the Tokyo announcer choked, as if weeping, when he read the death notice and that he had to break off. The radio filled in with a wrestling match broadcast.

Yamamoto is dead, huh and now for something completely different.

A man with three buttocks?

It must be Python day around here … I just posted a Python-y response on a different topic.

Yamamoto, who lost several fingers in the Russo-Japanese War in 1905,