Adm. Jean Darlan’s address to all French at home and abroad
November 20, 1942 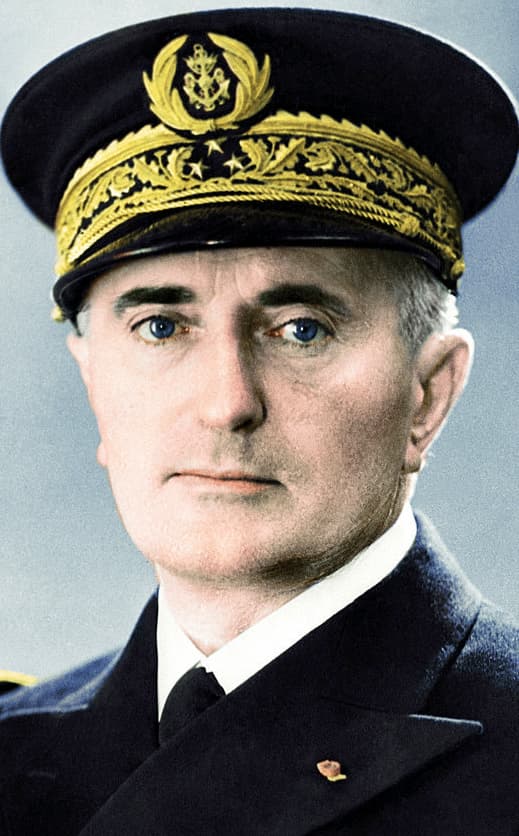 Under German pressure, the Marshal has just abandoned exercise of power to the Head of Government only reserving for himself the signing of constitutional laws. This means that the Marshal does not wish decisions that the French government may be impelled to make in the sole interest of Germany to bear his signature. The Marshal declared yesterday that he was the living embodiment of France. This is so and that is why we have pledged ourselves to him.

We have not pledged ourselves to the Head of Government. Our patriotic duty remains unchanged. Liberate the homeland and the Empire and, I should add, liberate the Marshal, the living embodiment of Imperial France. In 1940, by signing the armistice at a time when France was invaded and practically disarmed, the Marshal prevented France from disappearing as a nation and saved Africa from destruction and occupation. Ever since and until lately France remained alone…

If this policy had not been followed, the Germans and Italians would have been in Africa a long time ago not as friends respectful of French sovereignty but as oppressors. Their actions in occupied France serve to prove it. And if this had happened it is probable that allied forces would not be on our side today to help us recover our freedom.

Ever since June 16, 1940, I have been a loyal collaborator of the Marshal who often confided his feelings to me. I know his feelings of affection for the great nation of the U.S. I know that, at the bottom of his heart, what matters most to him is the friendship of the American people. By feeling thus the Marshal is loyal to true French tradition.

Is it after all possible for us to imagine that the victor of Verdun walks hand in hand with the dictators who would deprive France of Alsace-Lorraine, Flanders, Savoy, Nice, Corsica, and part of North Africa – with the dictators who keep 1,000,000 of our prisoners in Germany and who starve the country? When he was free to act, the Marshal always expressed his confidence to me. He did it again on November 9 before the invasion of the free zone.

It is, therefore, with certainty of being a loyal interpreter of his real feeling that I confirm to you my previous orders to fight at the side of American and allied forces for defense and liberation of our territories and integral restoration of French sovereignty. I add – in agreement with American authorities – that the African Army will never be placed in the position of fighting against Frenchmen.