Starship troopers from 1997 has often been misunderstood because of its subtle criticism of the fascist like human state. Understandably most people concentrated on the sci fi fighting scenes and Paul Verhoeven (Dutch b 1938) brought some other interesting scenes in from his own county.

I know 1997 isn’t too long ago but the critical drinker scores a bulls-eye with his review of this popcorn flick. And “fascism” might not always obvious when you are in it.

Ahh…yes Paul Verhoeven movies and let me make an unrelated a juvenile observation , he made Sharon Stone a Hollywood star.

If I remember correctly from his bio , Verhoeven saw some pretty violent and awful stuff as a child during German occupation of Netherlands including execution of civilian hostages and bodies of civilians killed by air attacks. That is one the main reasons of his filming style and themes include so much blant gracious violance

Very good points. I’ve checked some of his other film history and was quite impressed. He has PHD in Mathematics and was a Navy Officer who also made films such as an introduction to the (Dutch) Marines.

Later he made a movie on the Dutch National Socialist Mussert. It ook a while before it came on TV because he also interviewed Dutch Waffen SS veterans (which kind of made the viewers uncomfortable as it challenged the we = good they =evil trope ).

Another precursor to Showgirls, Star Troopers is the 1975 movie Kate Tippel (Keetje Tippel) which challenged the nostalgic view of the late 19th century. (Happy servants leading simple life and aristocrats in beautiful homes and clothes). The trick is that he DID show the rich people having fun but also a woman who had to prostitute herself for 2 slices of bread and a piece of bacon. Also desperate people demonstrating for jobs.

Starship Troopers also starts as a futuristic US high school (90210/Melrose place) episode an based on the perception of the viewer it then becomes a:
1 Sci Fi over the top Action movie with great looking actors and coed showering (which is not abnormal in Dutch saunas). They had to be good looking because the baddies only looked good to Arachnophiles

2 a Fascist movie, I know that in Germany and Italy there were calls to ban the movie and people calling Verhoeven a fascist. Pretty misguided but that is better then them loving the movie because of the fascist undertone.

3 what Verhoeven told himself: Telling people facism is bad doesn’t work as the Hugo Boss Uniform Boys still will think it is cool. The movie pulls you in a very evil system and has this nagging feeling “hey this isn’t right”. People go to the Army to become citizens, Are the insects evil or are “we” the baddies, etc etc.

Also it had some other novelties as the rich boyfriend of the poor Denise Richards joined the military to be with her. Didn’t work because she had top scores and became a flight officer and dumped him as a career choice. There is a lot more to this flick than intergalactic pest control😎

I hope this makes sense. 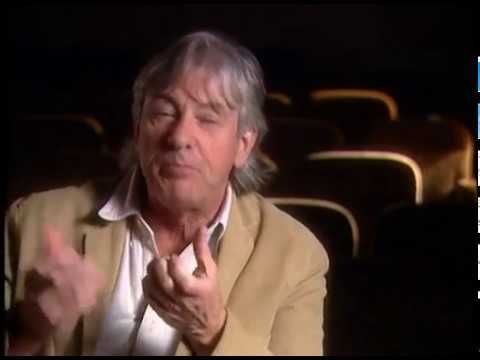 he also interviewed Dutch Waffen SS veterans (which kind of made the viewers uncomfortable as it challenged the we = good they =evil trope ).

Link that whenever you can, this could be fascinating information to gather in terms of WAH episodes.

Good idea some people on TG understand Dutch an to be honest some volunteers didn’t exactly know what they volunteered for.

In 1943, the family moved to The Hague, the location of the German headquarters in the Netherlands during World War II. The Verhoeven house was near a German military base with V1 and V2-rocket launchers, which was repeatedly bombed by Allied forces. Their neighbours’ house was hit and Verhoeven’s parents were almost killed when bombs fell on a street crossing.

From this period, Verhoeven mentioned in interviews, he remembers images of violence, burning houses, dead bodies on the street, and continuous danger. As a small child he experienced the war as an exciting adventure and compares himself with the character Bill Rowan in Hope and Glory (1987). Paul Verhoeven was born in Amsterdam on 18 July 1938, the son of a school teacher, Wim Verhoeven, and a hat maker, Nel van Schaardenburg. His family lived in the village of Slikkerveer.[citation needed] In 1943 the family moved to The Hague, the location of the German headquarters in the Netherlands during World War II. The Verhoeven house was near a German military base with V1 and V2-rocket launchers, which was repeatedly bombed by Allied forces. Their neighbours' house was hit and Verhoeven's...

Thanks for posting. I worked in The Hague for 4 years and there are still a lot of remnants of V2 bunkers there.

The book it’s based on is definitely not anti-fascist. Heinlein, at this point in his writing career, had very strong right wing views

Personally i have always found the anti-fascism of Verhoeven’s Starship Troopers rather heavy handed, bordering on the comedic.
He and the scriptwriter Neumeier do a real disservice to the questions about the contrast between voting as a natural right and an earned right that Heinlein raises in the book.

Since Heinlein’s book represents a deeply democratic society it is definitely anti-fascism.
The society is based on the idea that citizenship, and the vote that goes with it, is not a birthright but something each individual has to earn for themselves through service to society.
Such an individual centric politics is totally at odds with fascism.

I agree. I had the opportunity to watch the film in theaters mere weeks after reading the book and I was disappointed as well, even debating the film adaptation in classes.

Personally i have always found the anti-fascism of Verhoeven’s Starship Troopers rather heavy handed, bordering on the comedic.

Good points, the anti Fascism is obvious, I guess in theaters this wasn’t that obvious as viewers expected an action flick and were more interested shower scene and the looks of the characters than a boring war against bug or the botlike behaviour of the character.

I never read the book, maybe I should but Verhoeven always made it pretty clear that instead of telling Fascism was bad he showed how laughably pathetic the “Hugo Boss Boys” were as human beings.

He saw the goosestepping hordes who considered themselves übermenschen and casually raped, stole stuff and happily let people starve to death.

The movie didn’t go that far but the Scène with the pathetic Gestapo/Herr Flick/ Hugo Boss character says it all. He listens out thecaptured brain bug and concludes its afraid, (obviously) and the soldiers all cheered that it is afraid.

My grandparents saw schoolteachers letting kids throw empty cans and starving Russians while cherishing te fear in them. It was a totally sick mindset. My grandparents 1924/25 were shipped off as labor and had it a little better as they were Dutch. Also my grandmother learned quite a bit of Russian, share or stole food and hid a Russian friend in the bomb shelters. They made the best in a system which is too crazy to contemplate.

Listening to Verhoeven and knowing some of the Dutch anti-Nazi “jokes” I can see where he is coming from.

but something each individual has to earn for themselves through service to society.
Such an individual centric politics is totally at odds with fascism

Not sure, Not sure if is true but it could be:
1 Criticism of colonial or other States were people can gain citizenship through service
2 Or just that in Italy in the 30s “voting” was allowed for soldiers. Maybe our Italians know more about this?

Not sure if that would be Fascism or that would just keep the Military “happy”?

Right-wingers are not automatically fascist. I am one and my grandfather helped in the liberation of Ohrdruf. I’m about as anti-Nazi as one could be.

Totally agree, hope I wasn’t implying that right wingers were fascist (or any military or all left wingers). The TG are people who can discuss differences of opinions without terrorising people who have different views. Actually most people are like that.

Many internet circles aren’t as caring for all views as TG, sadly.

Being a Brit we never had the stories of the horrors of occupation from our parents and grandparents, channel islands excepted.
A real contrast between the book and film is the book pictures a society of citizen/veterans; the film is clearly based on the Nazis where the ‘Hugo Boss Boys’ were largely party apparatchiks who strutted about in uniform.
It would be interesting to hear your thoughts on the book if you read it.

Put it on my list but it might be some time before I get around to read unfortunately.

Not sure if you should watch the flick but this review dug up all the hidden gems. Do you want to know more? Click in right upper corner to enlist.