About the dead in Pearl Harbor by a Mortician

Interesting piece. The will be avenged. Although I am also very saddened about what happed to the Kido Butai survivors😢 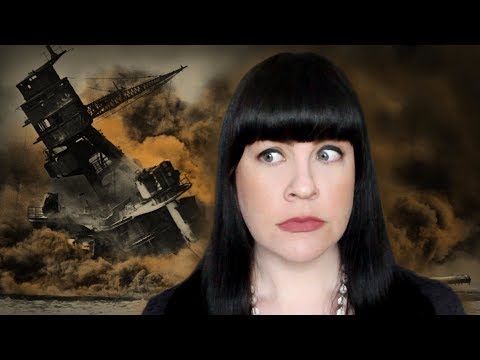 I never realised that the name of the Adams family member wasn’t just a name, same with cruelly De VILLE. From city as last name

Chewy, interesting video, thanks for posting!

I picked up a book years back by Edward C Raymer called Descent into Darkness. He jointed the Navy before the war to learn diving, thinking he it would be an easy gig. He ended up on the salvage team at Pearl Harbor for a few years and helped with the unimaginable work around those battleships. Interesting read, he expands on why there simply couldn’t be a remains recovery for over a thousand sailors on the AZ, despite the insistence of many in US Congressman that it must happen.

Ah, I remember watching that video the day it was uploaded.

Not the biggest fan of the creator, but I like videos such as these.

Indeed Lol, I only live 2 hours away from France and my Parents and Grandparents took me to Normandy/Avignon, tons of Roman site at a young age. So I learned basic French at a young age. Strangely I read French names in French and over here a lot of the bad characters don’t have names which indicate they are bad people.

We e.g. have “De Baron” who is an evil incompetent or B7 but not really the Disney in your face villains or “Dr. Evil who god his degree in evil Med school” (sounds like an actual Axis major).

PS I have been telling some people about Cruella De Ville and a lot of people here don’t analyze the name. Same with Cluedo, people pronounce it in Dutch, know the game but don’t realize what it is called Cluedo. To Europeans just say “Clue” pause and and then “Do”.

I embarrassingly figured this one out when watching “knives out” were the guy is living on a Cluedo board!

Rather simplified approach in the video I think. Everything is done to bring remains of loves ones home, eg. the effort still taken place in Vietnam. But some times we must realise that there is nothing left. The only trace found of Admiral Kidd on the Arizona was his Academy ring melted intro a Wall. Also I like the idea of seeing the wrecks as a holy memorial site, that should not be disturbed. They are there with their brothers in arms, and I guess that is what they would choose if they could, and what some still do at USS Arizona