A couple of photos from my collection

Hey so I’m not sure if posts about items are allowed or not, if not I’m sorry and please delete. Today I was digging through some of the items in my collection when I came across these 2 photos I purchased a couple of years ago at auction. Both the photos depict SS Obergruppenfuhrer Erich Von Dem Bach Zelewski, who has been mentioned in a few videos at this point because of the awful things he did, these photos came from the family up to auction along with many of his personal photos, papers and all of his awards, I purchased these 2 photos and one of his medals. One of the photos was listed as his wedding but in my research I found he was married in the 20s, quite awhile before he was in the SS, so I suspect the photo is likely the wedding of one of his sisters though I do not know, the other photo is one of the very few photos of him from the Third Reich era in civilian attire, I do not know who the other person on that hunting trip is, also just saying even though I own these photos and one of his medals I definitely do not support his heinous and appalling actions that were perpetrated during his war against humanity and these are owned and shared purely for historical interest 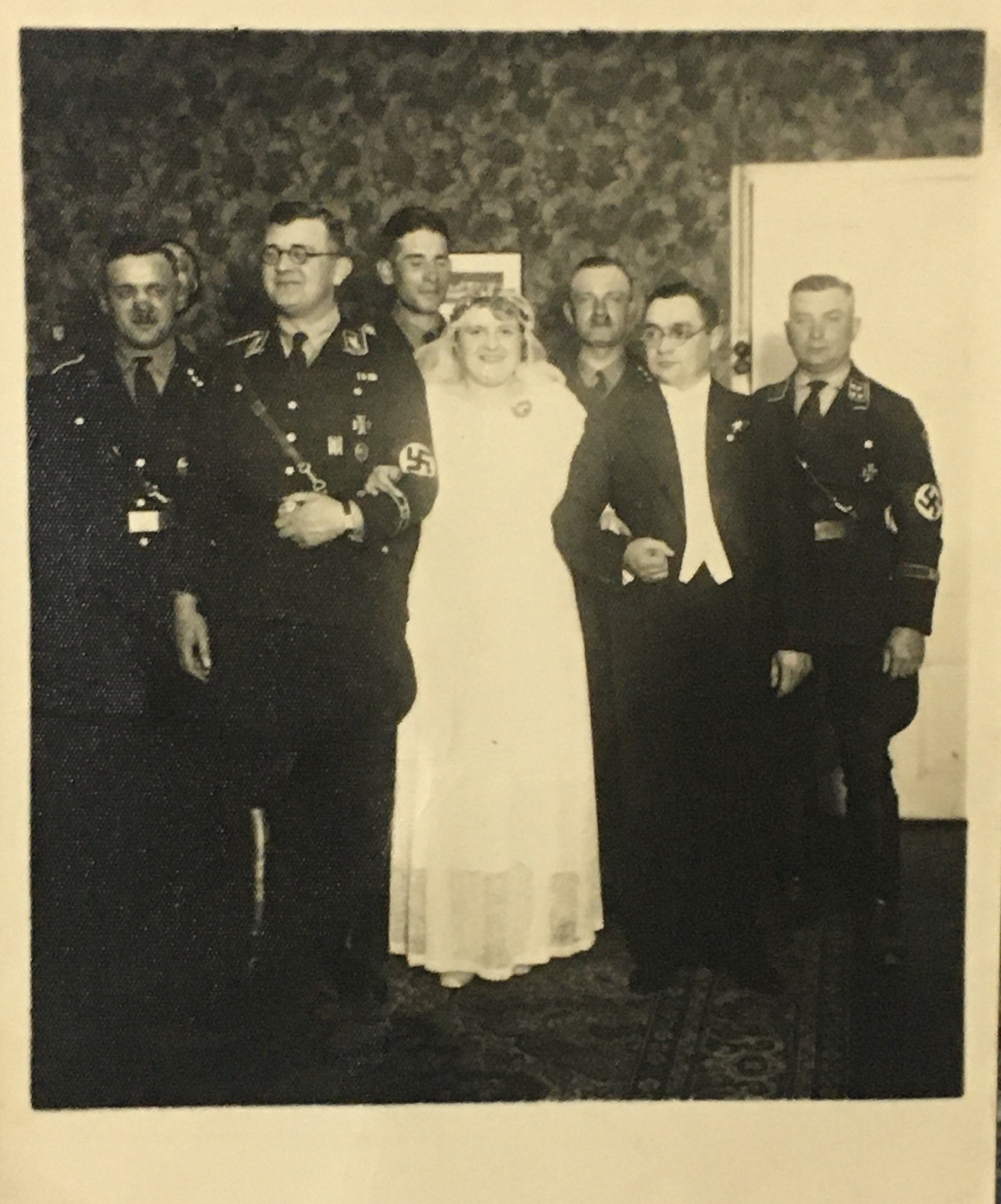 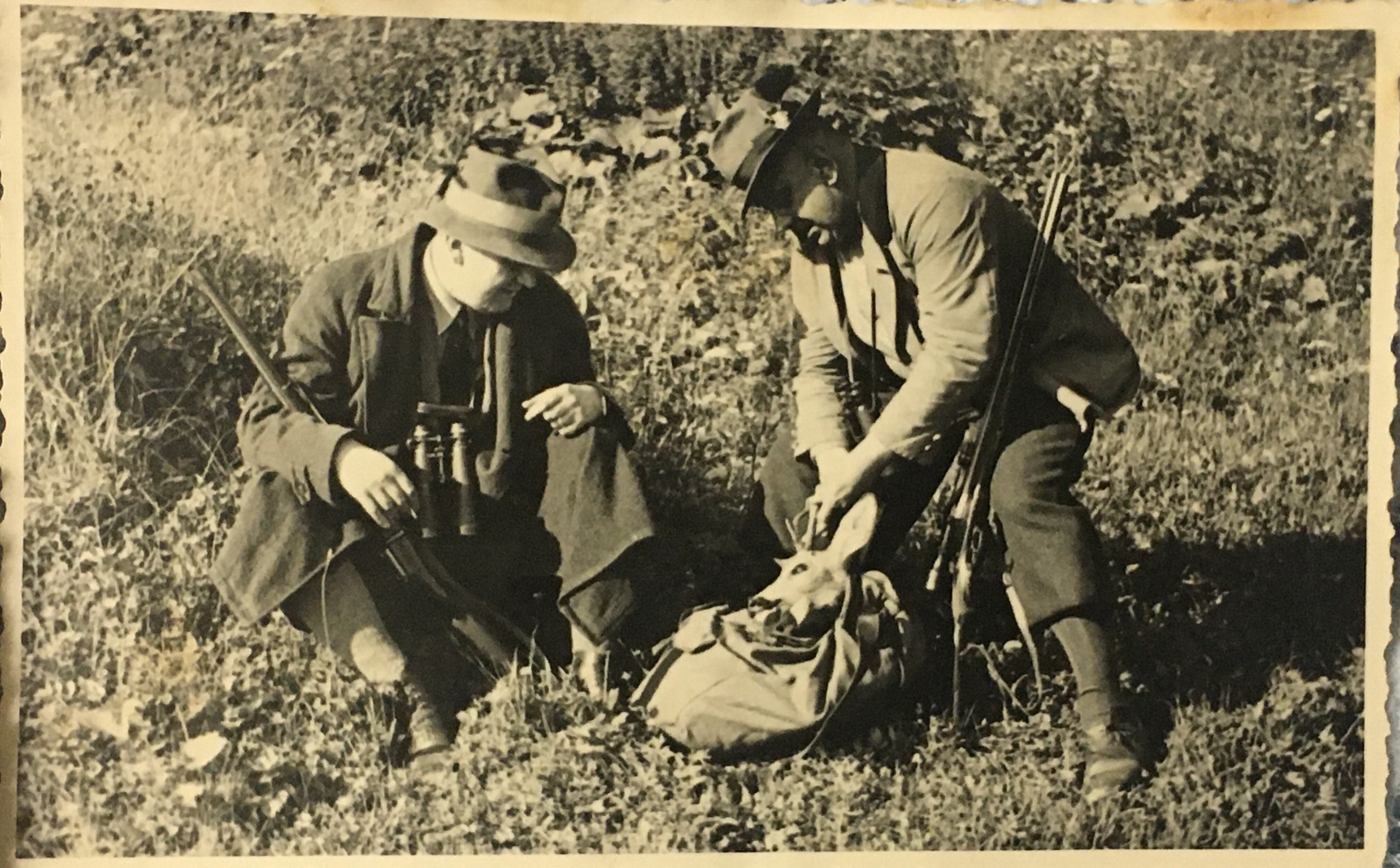 the photos are showing up fine on my phone but weird on my computer web browser so ill try reuploading them on this reply for the browser people!
and doing a little digging due to the rank on the collar the wedding photo was taken sometime between October 1932 and December 1933 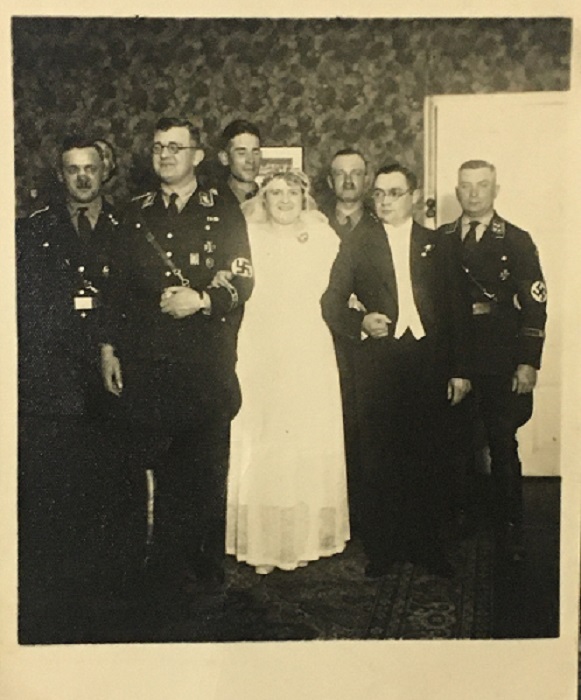 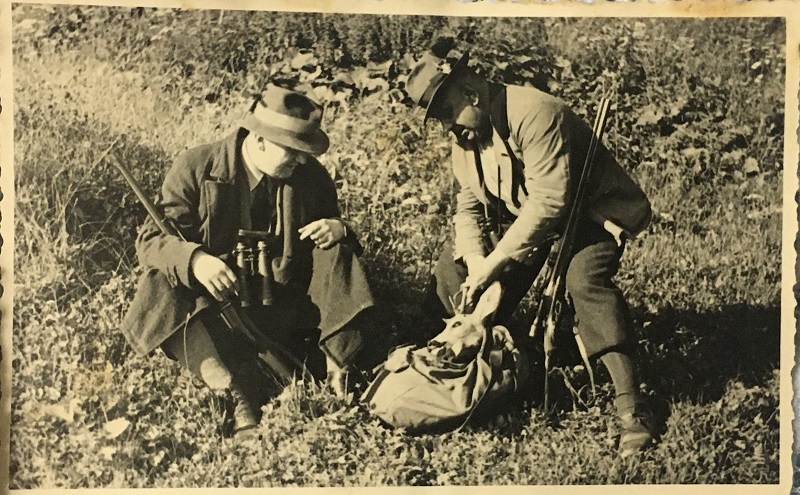 one last addition, I mentioned I had also purchased one of Von Dem Bach’s awards so ill share it here in this post, it is his WW1 wound badge in black he received for being gassed in 1918, the blackwash has worn off the front but the reverse remains black, the actual metal around the edges is worn down from use and based on my research I have not found one photo of him in uniform without it! and just to repeat even though I own these photos and one of his medals I definitely do not support his heinous and appalling actions that were perpetrated during his war against humanity and these are owned and shared purely for historical interest 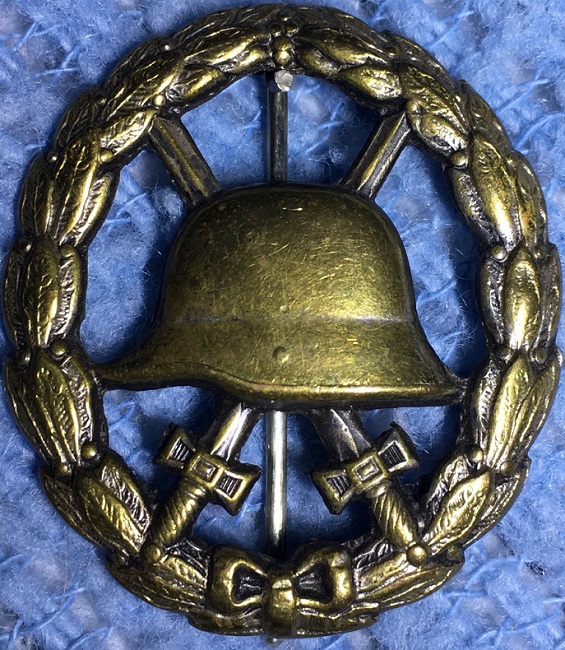 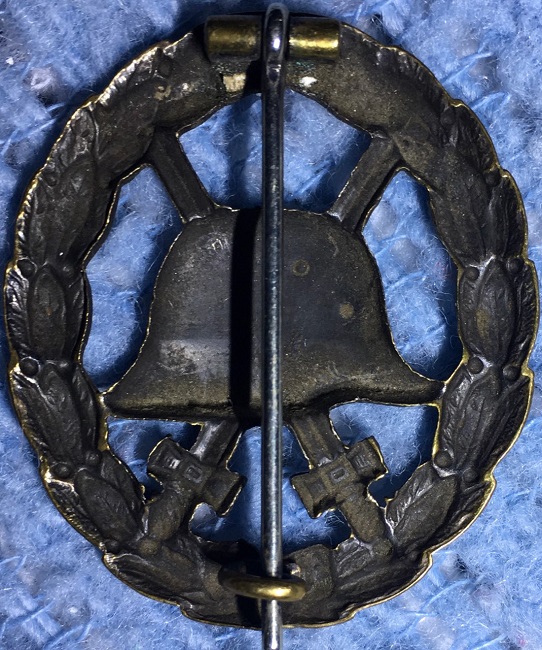 I need money! I would love to start my own collections, where would you recommend purchasing authentic materials? In case I win the lotto one day. Thanks

well there’s no simple answer and its highly dependent on what country and etc your trying to collect, for example ebay is actually a great source for Soviet stuff you just have to be vigilant. I would say a good starting grounds would be various collecting facebook groups and forums, Wehrmacht Awards Forum for German stuff and the Warrelics.Eu forum is good for German stuff but far better than WAF for allied and soviet stuff, and there’s some various websites for vendors but you still have to know some about what your trying to get

Hi, maybe as a small addition to the wounded badge, here a comparison of the variants of WW2 and WW1. The right badge is here in the closed form. The person in the photo appears to be wearing this kind of badge too. 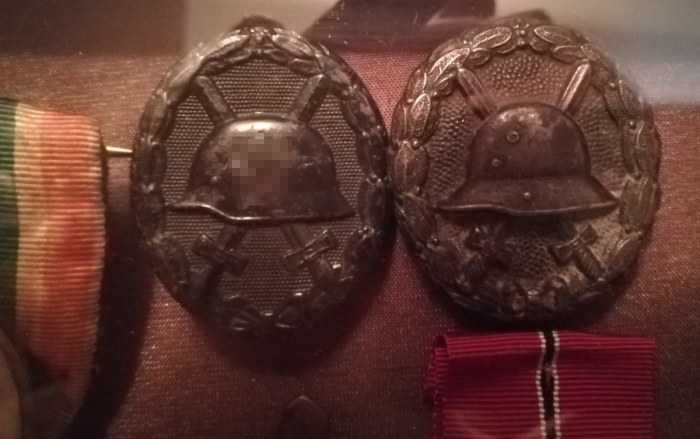 You raise a very good point I didn’t even think of explaining, yes indeed standard issue ww1 and ww2 wound Badges are solid, a great example of an issue one is Hitler himself always wore a standard issue ww1 black wound badge, however it was popular with many officers including Bach Zelewski in the 20’s to purchase jeweler made examples with the solid backing parts cut out. With this post I’ll include one photo of a Luftwaffe general I found with the standard issue badge and another photo of Bach Zelewski with the wound badge I posted above only when it was still black in color (the black wash is notorious for disappearing from the ww1 era ones which exposes the brass cores) 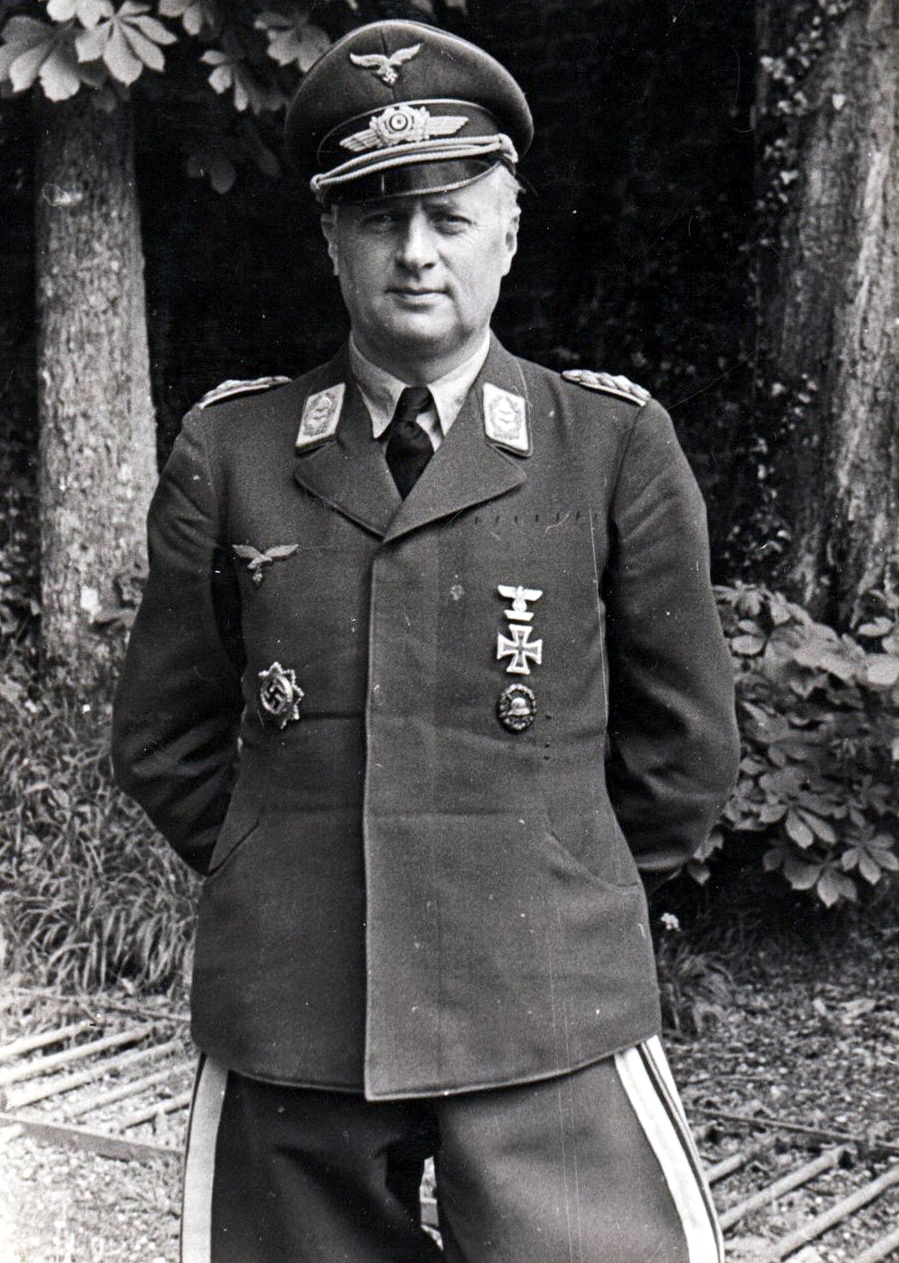 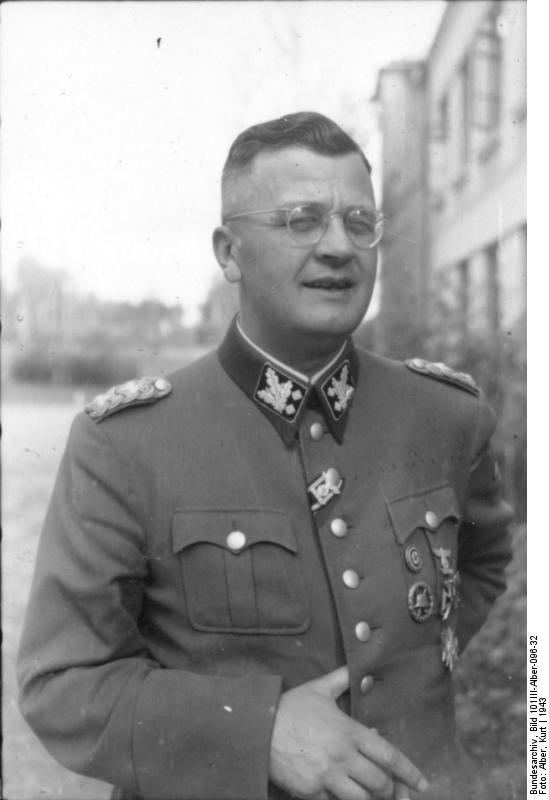 Those photos are pretty neat! How large is your collection?

pretty large actually, though its mostly Uniforms and Soviet stuff. I have been hoping to post some examples on here every so often around ww2 weeks or events that they would be semi relevant to that time or person for (same for the other timeghost non ww2 series as I do have some cold war stuff) though I do not know how well posts about actual items are received