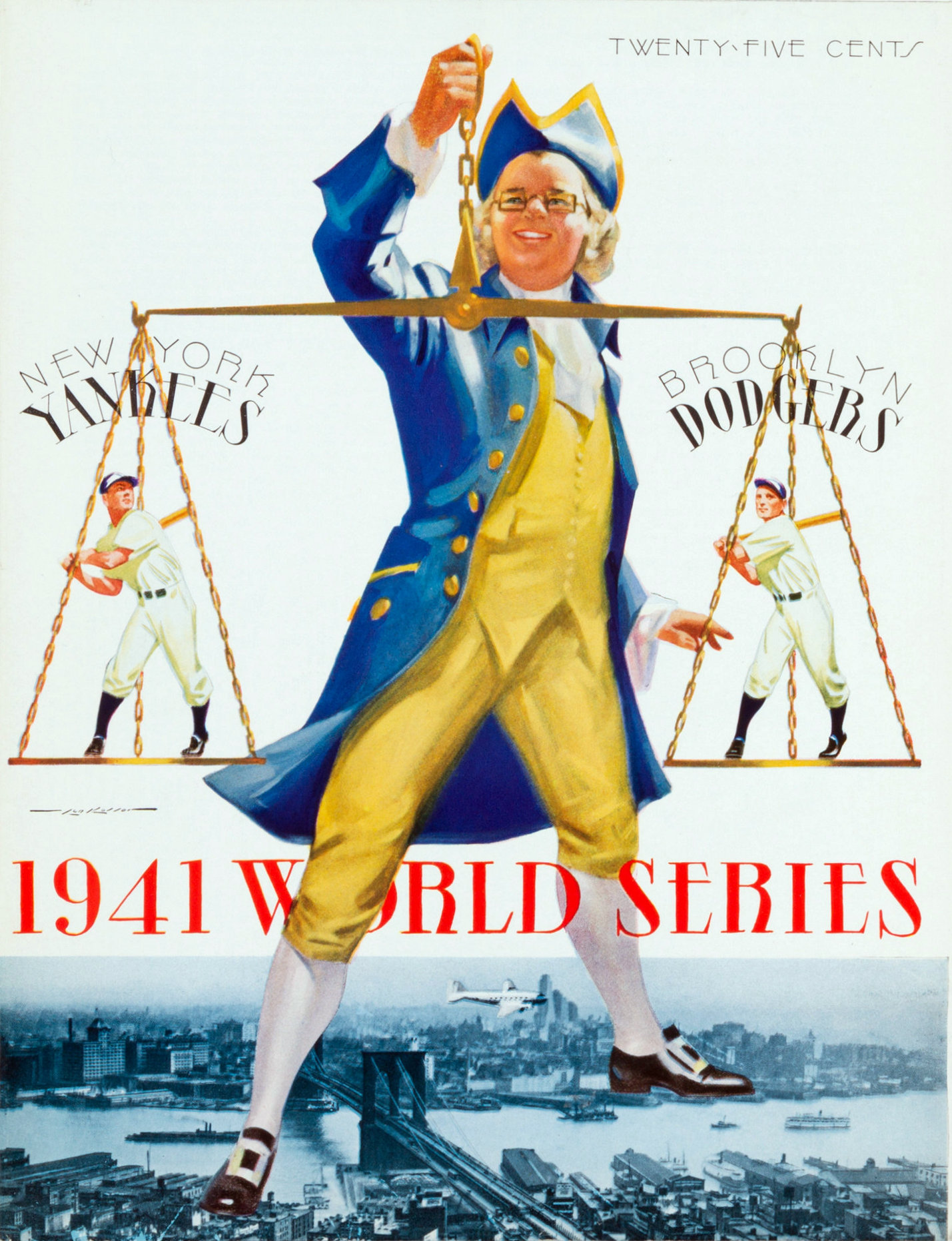 A forecast of showers threatened the initial contest of baseball’s annual classic but fans began gathering from all over the country today and refused to be discouraged at the outlook. A crowd of 70,000 was expected to pack the big Yankee Stadium to capacity before game time at 1:30 p.m. ET.

The chief topic of conversation in the crowded hotel lobbies where the baseball notables and fans congregated tonight was the prospect of the Dodgers withholding their ace, John Whitlow Wyatt, from the opening tussle, and leading off with Davis.

Manager Leo Durocher allowed the mystery to continue and there was good reason to believe that some super strategy had been mapped out for Brooklyn’s pitching staff during the series.

Davis has a low-breaking curver that almost everybody expects to torment the Yankees, whom he shut out once last spring in an exhibition game. Next to Wyatt, he is considered to have the best chance of any Brooklyn pitcher to beat the champions of the American League.

The reasons for starting with him are twofold.

Because he has a chance to handcuff the Yanks, Durocher would like to use him twice during the series if the struggle goes six or seven games. He is 35 years old and thin as the fence posts of his native Missouri. He has to have plenty of rest between games and the best way to give him a lot of rest is to use him in the opening game.

The other factor influencing a decision in favor of Davis, who won 13 games and lost seven in the National League season, relates to Wyatt. The tall, bald Georgian, winner of 22 games against 10 losses, can work on two days rest if necessary. He is also a good right-handed hitter as well as pitcher. The Dodgers have a hunch that Manager Joe McCarthy’s mound selection for the second game will be Lefty Marius Russo because southpaws were used to some advantage against the Dodgers during their long pennant fight.

With Russo on the mound, Wyatt would mean added offensive strength for Brooklyn.

Durocher did not attend the Dodgers’ workout today because of a meeting called by Commissioner Kenesaw M. Landis to discuss paying rules with the managers and umpires.

Coach Charles Dressen, who was in charge of practice, asserted he could not say who would go for the Dodgers, but have a cryptic hint:

I am pretty sure Leo has made up his mind and it may be a surprise to some people. Sometimes it is a good idea not to play your strength against the other fellow’s strength.

This strategy would bring up Kirby Higbe, another 22-game winner with a blazing fastball, for the third game of the series. The subsequent hurlers then would be determined in respect to whether the Dodgers were ahead or behind at that stage.

Ruffing’s selection was announced definitely by McCarthy during the Yankees’ workout this morning. The big, 36-year-old right-hander won 15 games and lost six this season and held onto his ratting as the dean of the Yankee pitching staff. He has won five out of six times in previous series and is a hard opponent to handle when the stakes are important.

After Ruffing, the Yanks are expected to use Russo, Spud Chandler and Ernie Bonham, but no one could guess in what order, and McCarthy’s choice for the second game undoubtedly would be based on the results achieved in the first.

The experts were in virtually unanimous agreement that the series would go from five to seven games, ending the string of straight-game sweeps the Yankees piled up in overwhelming the Chicago Cubs in 1936 and the Cincinnati Reds in 1939.

On the Brooklyn Dodgers ( who might someday move left coast): As Dutchmen it strikes me as weird that sports clubs with a local fan base just move to another faraway city. E.g. I don’t see Ajax Amsterdam pack up and move to Aruba or even Almere?

Persistent rain today caused postponement of the third World Series game and the first scheduled contest for Ebbets Field, where Brooklyn’s champion Dodgers were to have continued their fight for the title.

The decision to postpone the Brooklyn opening until tomorrow was reached at 11:35 a.m. by Commissioner Kenesaw Mountain Landis, the white-maned baseball czar who has full charge of the World Series competition.

Landis arrived at the Flatbush park at 11 a.m., and immediately went out to examine the wet field. Leo Durocher and Matty Schwab, the groundkeeper, accompanied him.

Later they called LaGuardia Airport and the weather observers there revealed that the rain was unbroken from New York to Washington and as far west as Pittsburgh.

They waited until Joe McCarthy, manager of the Yankees, arrived at the scene, then announced that the game had been postponed.

This meant that the struggle for the baseball championship will continue in Broooklyn at least until Monday night.

The series is now tied up at one victory apiece, the Dodgers having squared the Yankee 3–2 win in the opener at the Bronx Stadium with a 3–2 victory of their own yesterday.

The Ebbets Field gates were not opened at all today for the cash customers, so there was no public reaction inside the park. However, several thousand fans gathered outside in the drizzle were highly disappointed, although obviously there was no cause to beef about the commissioner’s decision.

Skipper Durocher, strangely uncommunicative these days, said the postponement makes no change in his pitching plans. Meaning that either Kirby Higbe or Fred Fitzsimmons will pitch the third game. McCarthy also held over his probably pitching choice, either Atley Donald or the left-handed Marius Russo.

…neither helped me nor hurt me.

The general opinion, though, among assorted followers of the series circus leaned toward the theory that the Dodgers have been helped by the weather.

The off-day break means that either Davis or Wyatt would come back in the fifth game should a desparate move be necessary to save the situation at that time.

Had Higbe and Fitz pitched the first two games in Brooklyn, Durocher almost certainly would have had to come in with Johnny Allen in the fifth game. Allen, however, might flip on Monday anyway.

The series circus came to Flatbush with the feverish excitement no whit abated by the fact that two games so far have been played in the distant Bronx.

Yesterday the Dodgers were on the long end of the score through the bulldog pitching of Whitlow Wyatt, Dolph Camilli’s line single that crashed over the decisive run and some fancy fielding embroidery.

Wyatt’s win yesterday was a vital one. If the Yankees had beaten Brooklyn’s best pitcher after opening victory, Joe McCarthy’s American League kingpins might have gone on to make this one of those four-straight specials.

The Dodgers would have been discouraged and you couldn’t have blamed them much.