The Soviets pre-empt a German offensive with one of their own in the south of the Eastern Front, but that’s not the only fighting. The skies over Malta and the waters of the Gulf of St. Lawrence are full of action. Meanwhile, two races against time – and the Japanese – come to an end…

‘Because Andorra & was not present at the Treaty of Versailles, they were still technically at war with Germany. SPOILER WARNING: While Andorra will act as & be treated as a neutral country for the duration of the war,

’’’’After Yugoslavia was invaded by the Axis, the “Independent State of Croatia” was established as a puppet state made up of Croatians separatists opposed to the government’s centralization programs. In opposition to the invasion, resistance movements such as the Communist “National Liberation Army and Partisan Detachments of Yugoslavia” & the Serbian/Royalist “Chetnik Detachments of the Yugoslav Army” formed. In late 1941, the movements would start to fight each other with the Chetniks at timea cooperating with the Germans & at other times fighting them. For that reason, I have placed them in the 3rd Parties.

<<The official governments of the Baltic States reluctantly accepted the USSR’s ultimatums, resulting in their occupation & the installation of new Soviet friendly regimes. This led to the creation of irregular national resistance movements.
Although some continue to collaborate with the Axis, others now fight against the domination of the Baltic States by both Germany & the USSR. For that reason, I have moved them to the 3rd Parties list.

]]Under his own initiative, Danish ambassador to the Henrik Kauffmann allowed American forces to occupy Greenland to protect it from invasion by belligerents of the 2nd World War. As Denmark proper had already been invaded, its government was in no position to rule the island, so administration fell to the Sheriffs or Landsfogeder.

]]]Although the Icelandic government issued a formal protest, the British invasion was not contested because Iceland lacked a military to fight back with & so told its people to treat the occupiers as guests. Even to this day, the “Lovely War” is controversial. Many Icelanders view the Allied occupation very negatively for the loss of their country’s sovereignty & for foreign troops fraternizing with local women. Others point to economic & infrastructural benefits the happened during the war. On July 7th, 1941, Iceland’s occupation was transferred to the Neutral United States.

\Operating out of Chungking, China, the Provisional Government of the Republic of Korea declared war on the Axis Powers on December 9th, 1941 in the hope of ending the Japanese rule of the Korean peninsula that has lasted since 1910.

MY POLICY ON COUNTRY PLACEMENT If a country declares war on or attacks another country & at least one of them is already involved in World War II, I’ll list the other as a part of the opposing faction. That is why the events of the Winter War were included in the main World War II list & the events of the War of ‘41(Ecuador vs. Peru) were not. The countries listed in the factions above are comprised of both official members & co-belligerents. The terms “Allies” & “Axis” are used for both kinds of belligerents as a convenient way to distill the world war & it’s adjoining conflicts, with disclaimers used to elaborate on some of the more complicated situations. If a country or resistance movement is at war with at least one country form both factions, I’ll add them to the 3rd Parties list with a disclaimer. The 3rd Parties list is not a faction, but a collection of warring parties who act independently of one another. Also, the many foreign volunteer units are not listed because they are fighting the war under the flag of a belligerent that is already involved. I have to consolidate factions along co-belligerency or else the number of factions will balloon out of control. Finally, each post only represents the factions as they were 79 years ago to the day. Many countries will join, leave, or switch sides before the war ends for various reasons & I strongly encourage you to look into the situation of each country for yourself.

And if you are wondering, while I do copy & paste when there is no change from week to week, every word in the overview was originally typed by me.

From the Italian newspaper La Domenica del Corriere: A cossack charge against Italian positions in Ukraine is repelled. 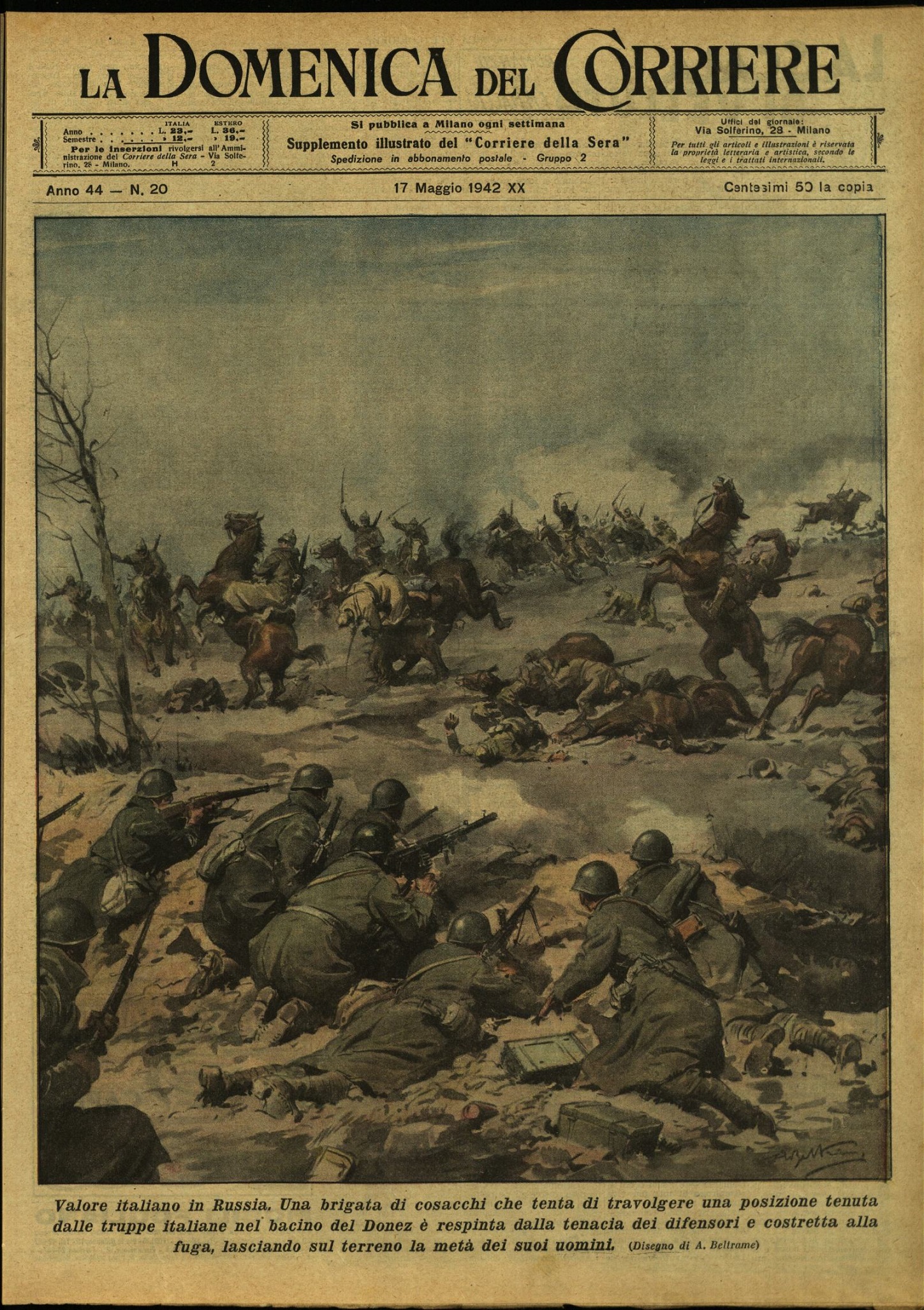 Bonus pic: A new kind of plane with asimmetric design is developed by the Germans. 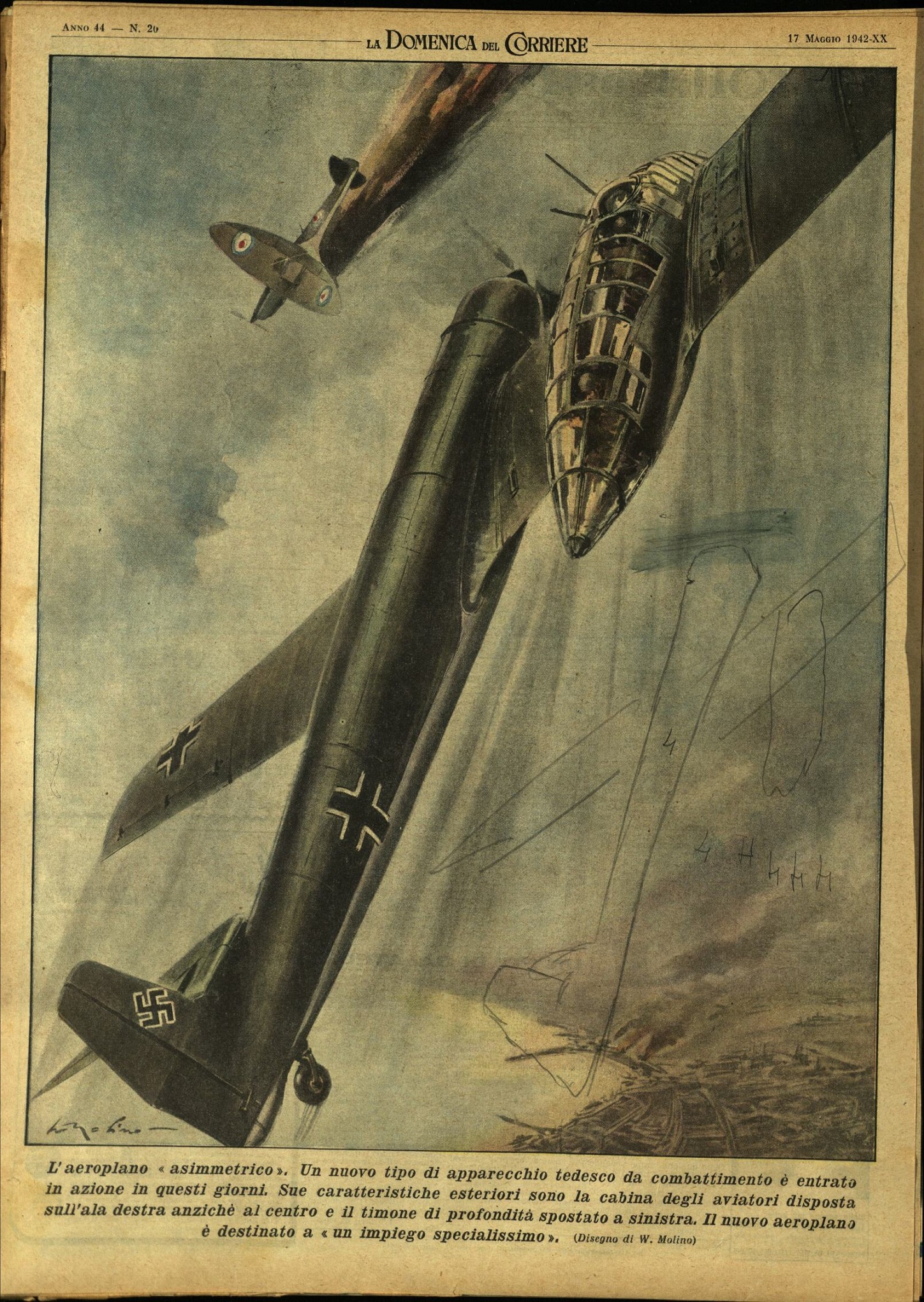 Cool,
Just looked up the BV 141 from the poster. Not sure how this plane would handle power changes and shifting weight changes in flight (fuel consumption, bombs). It look just weird, but no plane survived the war. 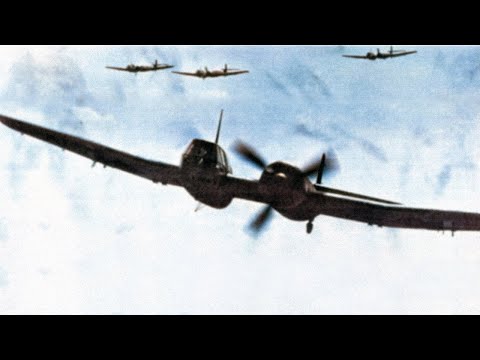