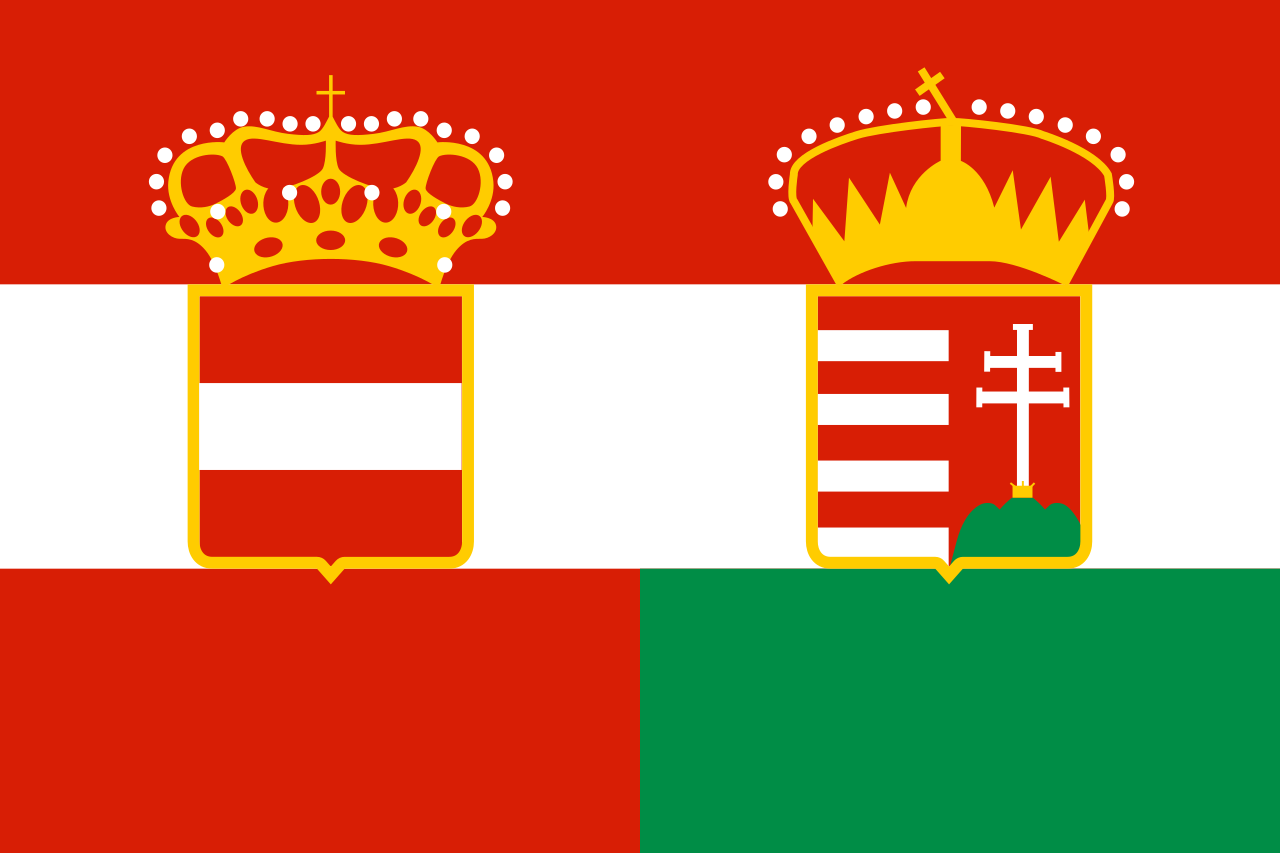 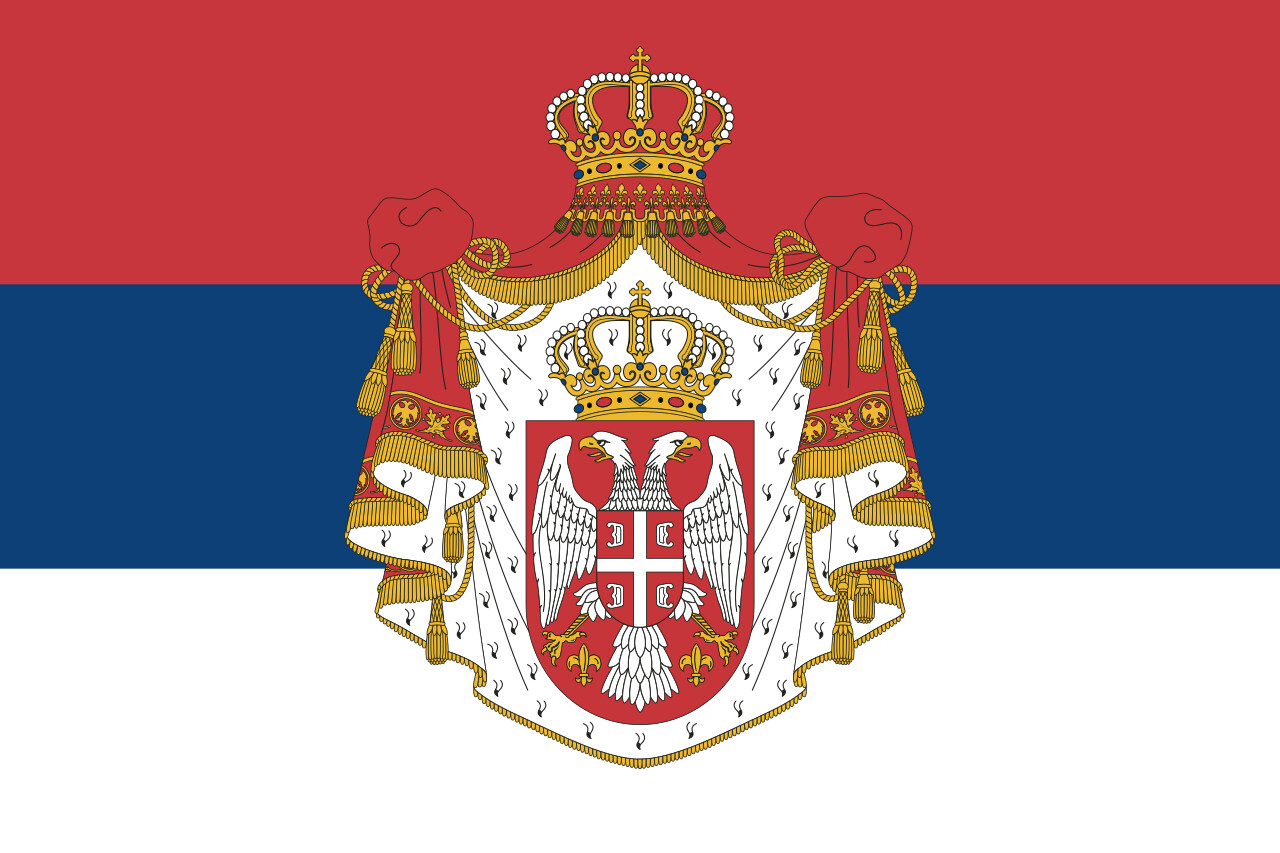 Declaration of war made after capital is taken

Reported in Paris, Berlin and London that forces of dual monarchy crossed Danube and are occupying Belgrade deserted at approach

Foreign Minister Berchtold of Austria made it plain in a courteous note to Sir Edward Grey that Austria had gone too far to turn back.

The Austrian reply to Grey’s proposal was a flat rejection of any scheme of intervention by the power except plans looking toward the localization of the war.

Vienna, Austria –
Military measures and Austria’s present course of action as regards Serbia cannot be interrupted, pending negotiations looking toward mediation. This was the reply of Foreign Minister Berchtold today to the suggestion of Sir Edward Grey that hostilities be suspended while Germany, England, France and Italy arranged for ambassadorial conferences.

Austria’s reply to the proposal of the British Foreign Secretary was a courteous note thanking him for his efforts, but was nothing less than a diplomatic refusal to accept mediation.

Two army corps occupied Belgrade without resistance, according to word reaching the Austrian Embassy in Paris. Unofficial reports in Berlin and London declare a detachment of Austrians invaded Serbia at Mitrovitz, 50 miles northwest of Belgrade. The Serbians, it is stated, withdrew before the advance of the Austrians.

Confirmation of the report that the Austrians crossed the frontier in an advance upon Mitrovitz was lacking today.

It was officially stated from Vienna that eight army corps had been mobilized.

London and all continental markets were still extremely nervous today.

A Central News dispatch from Berlin published here states that Germany has officially rejected Sir Edward Grey’s mediation proposal. There is no confirmation of the Central News dispatch and following its publication, Premier Asquith stated in the House of Commons that there were no developments in the situation.

It is believed in official circles here that the dispatch merely places a different interpretation upon the Kaiser’s attitude than is shared by the other Berlin correspondents, who do not regard the Emperor’s reply as a final rejection.

In diplomatic circles, a new hopeful angle was found in reports from St. Petersburg that Foreign Minister Sazonov was urging upon Serbia a plan through which the demands of Austria may be satisfied and at the same time preserve the sovereignty of the Belgrade government.

St. Petersburg, Russia –
Taking the view that Russia has done all possible to avert a disastrous war and that it now rests with Germany to wield influence upon Austria, the Czar left on his scheduled visit to the Finnish skerries today.

Although the general situation did not appear to be greatly improved today, it was not any worse, and diplomats were distinctly encouraged. The reply of the Kaiser to Sir Edward Grey’s suggestion of mediation was awaited.

It was reported today that the Czar himself prompted the firm stand taken by Russia in refusing to countenance the destruction of Serbia by Austria with Germany backing up the dual monarchy and threatening to war upon any power that might interfere.

The Czar is reported to have declared:

We have stood this sort of thing for seven years. It is enough.

The mobilization orders were then issued.

The general tone of assertions of Russian officials in favor of Serbia was less warlike today. The passing of yesterday without an invasion of Serbia created a favorable impression, and there was admittedly hope that diplomacy might triumph over the threats and preparations for war.

Mass forces that will fight Serbs

Troops are being massed on the border, reservists are pouring into Austria from Germany and all preparations are being made for an immediate invasion of the little kingdom. Austrian warships and transports are moving up and down the Danube, and within a short time, official report of the occupation of Belgrade is expected.

The formal declaration of war followed the rejection of the proposals of Sir Edward Grey, British Foreign Secretary, for mediation. Both Austria and Germany refused to consider mediation as to the issues between the Vienna and Belgrade governments.

In notes addressed to Grey, the two governments left the way open for further negotiations between the powers looking toward localization of the war. Austria refused to submit to an ambassadorial conference, however, her demands that Serbia punish all accomplices in the assassination of Archduke Ferdinand, suppress the Pan-Serbian societies and permit Austrian officers to enter Serbian territory and try persons suspected of being connected with the assassination conspiracy.

This stand taken by Austria tied the hands of Germany. Though the Kaiser accepted in principle the plan of the British Foreign Secretary, it was pointed out unofficially before the formal reply was made that Germany could not approve any mediation plan without the consent of Austria, her ally.

Germany indicated that she approved in a general way the plan advanced by Grey, but declared it was impossible for her to dictate to her ally in respect to her dealings with Serbia.

Berlin, Germany –
Large bodies of field uniform and equipment moving through the streets of Berlin today aroused the greatest excitement in the city, and indicated the sudden turn for the worse taken in the Austro-Serbian situation. It was officially declared that the movement of troops was of no significance, as they were merely changing quarters, but this explanation was not accepted by the crowds in the streets, roused to wild outbursts of patriotism.

Niš, Serbia –
The Serbian steamer Deligrad was captured by the Austrians at Ordhava today, according to an announcement by the government.

London, England –
The Serbian legation received official advices today of the capture by Austrians at Kočevar, of two Serbian vessels.

U.S. will be neutral

Washington –
The Cabinet today briefly discussed the outlook in Europe for a general war. Secretary of State Bryan presented the confidential reports of the American diplomatic representatives at London, Paris, Berlin and St. Petersburg. It was agreed if war involving any or all of the great powers should come, the United States will assume a strict policy of absolute neutrality.

Editorial: It is all up to Russia

Whether the straining efforts of diplomacy will succeed in limiting the Austrian-Serbian hostilities to the two countries directly concerned continues to be a matter of the sheerest conjecture. The actual news of the last 24 hours makes no outward change in the situation, excepting that perhaps Austria is a little more relentless than ever in its demands upon Serbia, threatening that it will impose more severe conditions if the Serbian government does not make a satisfactory reply in a few days.

It is evident that the whole situation turns upon Russia. If Russia urged Serbia to yield, the trouble will probably blow over. But if Russia is ready for war, it will probably persuade Serbia to defy Austria and will then openly espouse the Serbian cause. The moment Russia and Austria clash, a general war becomes practically inevitable, unless the two great alliances – the Triple Alliance (Austria, Germany and Italy) and the Triple Entente (Russia, England and France) – are worthless pieces of paper.

It is worthy of note in this connection that Russia and England have been behaving toward each other recently with a cordiality which may look like a weakening or a strengthening of the Triple Entente, according to the point of view. A powerful English squadron has been visiting Russia, and after anchoring at Reval and subsequently at the great sea fortress of Kronstadt, has been entertained and honored by fetes of all kinds at the capital and flattered by complimentary speeches. The Paris Figaro calls the incident highly significant. It is not meaningless, according to the Figaro:

…for British officers to be entertained by the Czar personally at his summer palace. England and Russia are already rather loosely joined with France in the Triple Entente, but the reports of the press lead us to think that Russia is anxious to fortify her dual alliance with France by a like tie with Great Britain, with a view to expansion in Western Europe.

Just how this Russian scheme of European expansion threatens Austria is discussed in a German newspaper by Leo Littmann, who reminds the Germans that Austria-Hungary would stand in the way as a formidable obstacle to Russia’s march to Germany. The powerful German fleet guards the North Sea, while the Mediterranean is dominated by France and England. The value to Russia of an alliance with the two latter powers is therefore evident. Mr. Littmann goes on to show how Asia is being divided up by the three powers of the Entente, and the Berliner Tageblatt quotes the British Ambassador to Russia as referring particularly to the friendly arrangements between Russia and England in Persia. The ambassador exclaimed:

This Anglo-Russian friendship has now taken such root that it will be able to weather all storms!

The question that an American reader asks right here is whether Russia’s playing England’s game in Asia and abandoning its own ambitions there will be deemed by England sufficient to justify it in playing Russia’s game in Europe. If it does, and Russia feels that it has sufficiently repaired the blow suffered by its navy from the Japanese, the long predicted and deeply deplored European war may be “on.”

The Ambassador in Austria-Hungary to the Secretary of State

Austria-Hungary having just addressed to Servia formal declaration in conformity with Article 1 of the convention October 18, 1907, relative to opening of hostilities, therefore considers itself in a state of war with Servia.

Minister for Foreign Affairs declares that Austria will conform itself in the scene of hostilities on condition that Servia proceeds analogously to the stipulations of convention of The Hague, October 18, 1907 and of London, February 26, 1909. 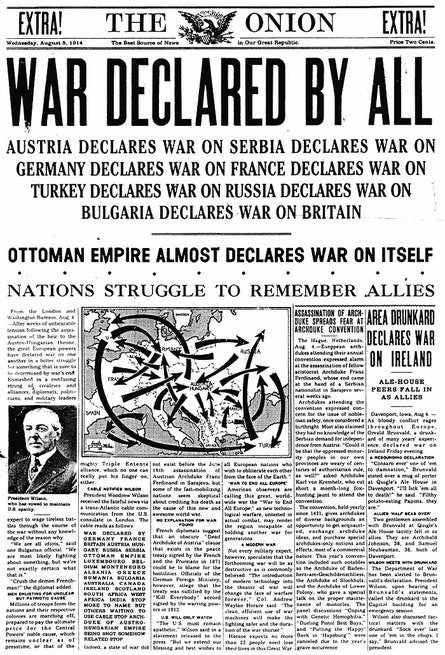