Yesterday, we launched the vote for the new TimeGhost series on Patreon. Because there are many who support us directly here on timgehost.tv, just the Patreon poll is not enough. Unfortunately, we haven’t yet succeeded in making a closed off ‘member section’. So for now, if you support us and wish to share your preference for the upcoming series. Email your preference to community@timeghost.tv. Everyone who financially contributes to us via timeghost.tv is eligible to vote.

You can vote until Tuesday 28 January 15:00 PM Central European Time.

Here are the topics that you can choose from:

I voted for Indonesia, Suez Crisis, & The Troubles. I think Gulf of Tonkin & Berlin Wall might work better as parts of series on the Vietnam War & the Fall of Communism in Europe.

Berlin Wall, Troubles & Suez Crisis for me! I picked those three due to personal interest. While the Indonesian War of Independence sounds interesting, it’s not as interesting as my three choices above. The Gulf of Tonkin I know a bit about already and would prefer a Vietnamese independence special than just Gulf of Tonkin. And Beetlemania & the Youth Revolution isn’t interesting as it seems like a generational shift without any really new change taking place. To my limited knowledge, the 60s seemed like the 20s all over again. Sex, drugs and counter-culture, all describe both periods. TimeGhost did a really great job covering the 20s so I’ve got my generational shift content covered.

To my limited knowledge, the 60s seemed like the 20s all over again.

I’d often joke that the '60s were the stinkier version of the '20s, at least the latter half of the decade. Also, that generational shift in the '60s is still somewhat of a controversial issue today, at least from my experience. Tell me if I’m wrong on that. 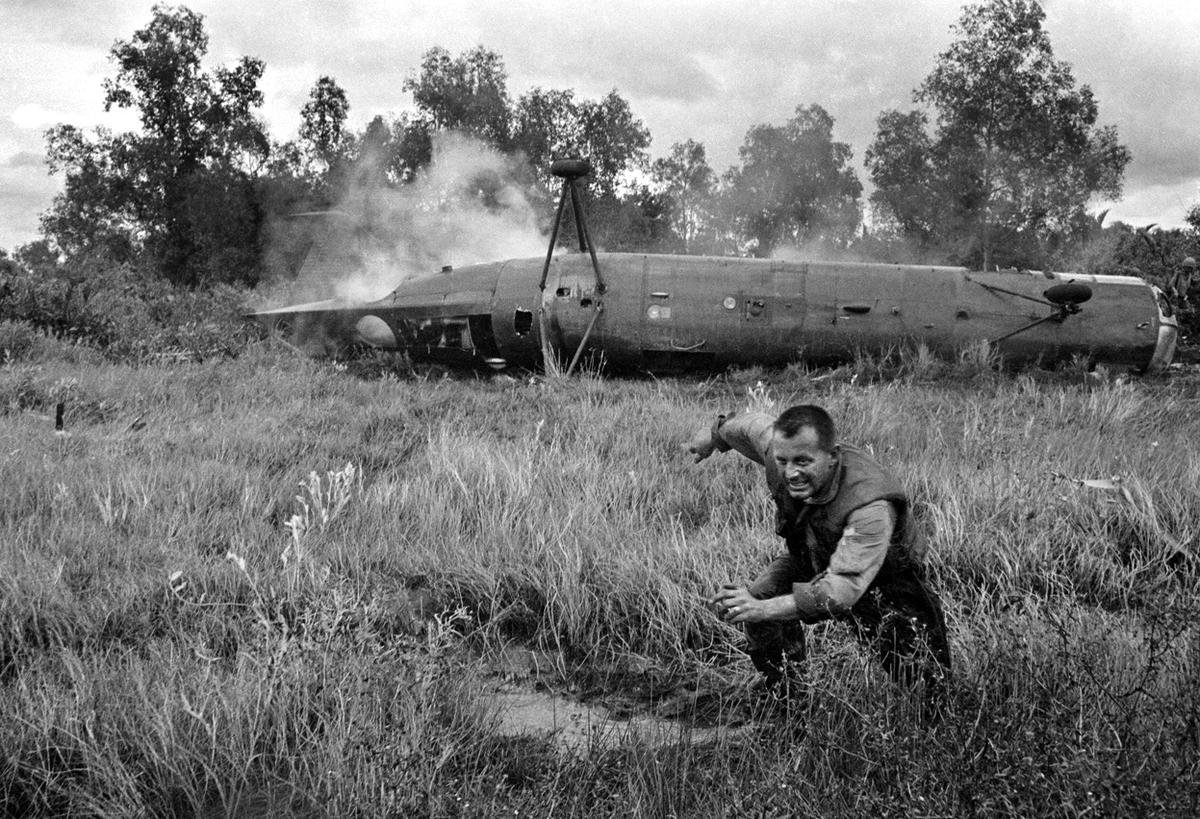 A U.S. crewman runs from a crashed CH-21 Shawnee troop helicopter near the village of Ca Mau in the southern tip of South Vietnam, on December 11, 1962. Two helicopters crashed without serious injuries during a government raid on the Viet Cong-infiltrated area. Both helicopters were destroyed to keep them out of enemy hands.

I put forward the troubles as my grandfather knew a few who served in the RUC battling against Molotov cocktails and cars deliberately set on fire targeting them.

With Brexit taking full shape next Friday it would be handy to revisit a turbulent period of history.

Seeing as how good the Indonesian series is, I’m sad that Indochina (specifically Vietnam) wasn’t an option. I’d love a miniseries of maybe up to a dozen episodes on the 1945-1954 period. You can use Dien Bien Phu as a sort of open ‘ending’ (well, we all know it didn’t end there even though it should have).

1989 Fall of the Berlin Wall in four parts, day by day . When the Berlin Wall falls on November 9, 1989, without a single shot fired or other act of violence, the fizzling end of the Cold War has already begun, but this is the event that marks the outbreak of the Velvet Revolutions that will lead to the breakup of first the COMECON, and eventually the USSR.

The fall of the wall sounds cool but IMO must include the other events in Hungary, Poland, the US etc etc and the events leading up to it as well. Possibly a “day-by-day account” emphasizes the isolation and the nation that this was a purely Germanic event. It was totally and utterly unexpected at the time by the way. Reagan was ridiculed at the time when he called for bringing down the wall, a lot of countries were quite happy with a non-unified Germany (unification is war), and hey no one ever thought the situation would change anyway. Also no one suspected that the West Germans still would pay the SOLI(darity tax to East Germans) or would have expected the applauding crowds at Rostock.

There is quite a lot to this subject and to me an example that the unexpected might happen in history.,

Now that Barbarossa is ‘going on’ I’d be interested in seeing a sort of ‘sister series’ of Napoleon’s invasion of Russia.

There are so many sources that richly detail many of the things that happened (such as my favorite book written by Adam Zamoyski, Napoleon’s fatal march on Moscow but also many others).

I’m not sure it is still feasible but it would really help to ‘visualize’ how slow the going eventually became for the Germans and how reliant on ‘horse-n-cart’ supply the Germans were.
Napoleon reached Moscow by mid-September whereas the Germans still weren’t there by late November and even the two month ‘stop order’ for Army Group Center does not fully explain this.

Well I hope after they get done with the other 5 series. That they will do a week by week account of the Battle of Dien Bien Phu. The reason why is because it was a pivotal moment that had major consequences for the future.

Scroll down for a depressingly ginormous list of conflicts to choose from. Put it on a dartboard and blindfold Indy I say

Hi All ; they are all interesting subjects, the gulf of Tonkin incident and the /56 Suez crisis in particular . if I had to vote for one it would be the Suez crises . It showed that the old powers of Britain And France were on longer the world powers they were and that was passed on to THE USA and Russia .

I would love to see the fall of the berlin wall covered. I was born in 1986 and this period leading up to it was the first thing I can remember about the world at large. I can still remember the soviet union being a thing and the news coverage.